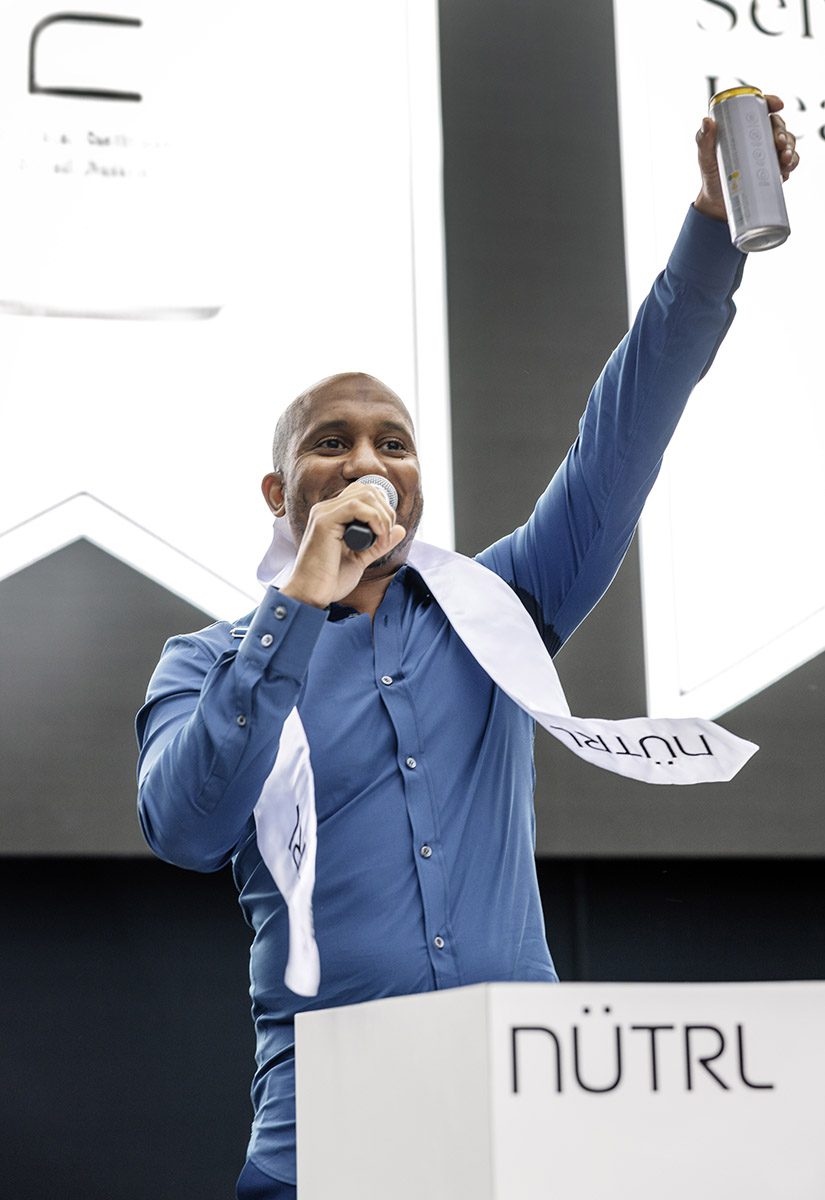 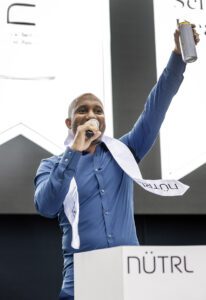 There were no diplomas, no tassels, no mobs of parents snapping pictures, but at NÜTRL Vodka Seltzer’s “graduation” event on June 7, there was plenty of pomp and circumstance. On the heels of its U.S. launch earlier this year, the Anheuser-Busch brand aimed to drive awareness among post-college consumers and kick off the summer with its broader “upgrade your seltzer” messaging by hosting the mock ceremony at New York City’s The Vessel just in time for graduation season. Offering a series of “upgrade” stations, like a mini headshot studio, NÜTRL was on a mission to help attendees elevate their seltzer choice and their next stage of adulthood.

Upon entering the outdoor event, attendees were met with chic recycling bins that read “Basic Old Seltzer” filled with fake seltzer cans, followed by a sign urging them to “Leave Your Old Basic Seltzer Behind.” They then entered a tunnel that celebrated their graduation to a “superior” hard seltzer before emerging at the main footprint, which, naturally, was anchored by a large bar at the center. Experience design elements mimicked NÜTRL’s “black and white, plus fruit” brand identity.

Strategies From the Spirits Archives:

“Each of these different touchpoints had ‘upgrade your seltzer, upgrade your life’ messaging and were all around upgrading to that next stage of adulthood where you’re shedding the things of your youth, such as roommates, maybe being on your parents’ phone plan, or using two-in-one shampoo—all of those things we can relate to that happen a couple years after college,” says Marisa Siegel, head of marketing for spirits and hard seltzers at Anheuser-Busch. “NÜTRL is made with vodka, seltzer and real juice—three simple ingredients. Simplicity is part of our brand DNA… So, we wanted to show that through the aesthetic of the event, and then have that really simple, clear message.” 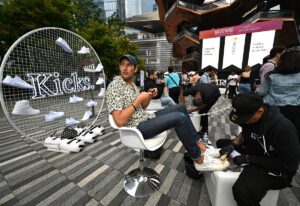 Upgrade stations were designed to help attendees elevate their seltzer and their lifestyle.

To wrap up the evening, like any good graduation host, NÜTRL lined up comedian Chris Redd to deliver a mock commencement speech. The “SNL” star was introduced by a live marching band before taking to the podium and launching into a comedic set framed around the concept of elevating your next stage of life.

To expand the “Upgrade” campaign and messaging to consumers outside of New York, NÜTRL launched a sweepstakes offering one lucky winner a year’s supply of its product and $15,000 to help them upgrade their living situation and graduate to the next stage, whether it be ditching roommates and living solo or moving from a studio to a one-bedroom apartment. To enter, adults over 21 could follow and comment on NÜTRL’s social posts using #UpgradeYourSeltzer and #Sweepstakes through June 24.

“Because we’re such a new brand, we’ve been doing a lot of experiential events and sponsorships across the country for the past few months, but we really wanted to do an owned event,” says Siegel. “The other part of that was to make sure we truly brought that graduation feel to life. We wanted to do it outside on a stage with a podium and have all those graduation cues. And then, throw in the backdrop of The Vessel and a beautiful day in New York City, and it just made it that magical owned event for NÜTRL to make the ‘upgrade’ messaging that much more tangible.” Agencies: Wieden+Kennedy (creative); Studio Butch (design); Allison+Partners (p.r.).