In his 1946 essay “Why I Write,” English novelist George Orwell identified four reasons: political purpose, historical impulse, sheer egoism and aesthetic enthusiasm. For example, Orwell believed that no book was genuinely free from political bias and that writing was one of the most powerful tools to push the world in a certain direction. “The opinion that art should have nothing to do with politics,” he wrote, “is itself a political attitude.” 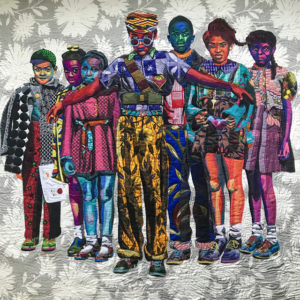 As for historical impulse, Orwell explained that writing could be an attempt to place one’s ideas into context and, as a young Helen Frankenthaler discovered upon seeing the paintings of Peter Paul Rubens for the first time, to “convey the sense of being alive at a certain time.” To Frankenthaler, gasping at the knock-out paintings of another should propel you to aspire to make your own worthy of some same, future, admiration — what she called a “thrilling feeling,” or a “charge.”

For egoism, Orwell expounded on the “desire to seem clever, to be talked about, to be remembered after death, to get your own back on grown-ups who snubbed you in childhood, etc.” From what he described as his lower-upper-middle-class upbringing and gentleman-class heritage, Orwell insisted that most writers shared a unique ambition with a minority of humanity — those who remained, after the age of 30, determined “to live their own lives to the end,” by controlling their destiny and agency with creative work. 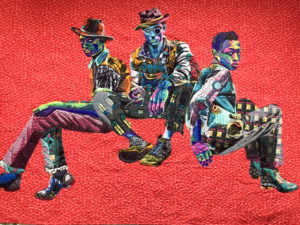 Lastly, and perhaps the most agreed-upon reason amongst good writers, was Orwell’s motive of aesthetic enthusiasm. He called it the “pleasure in the impact of one sound on another, in the firmness of good prose or the rhythm of a good story.” When applied to painting, these motives can, at least for me, feel revealingly true. That artists continue, for example, to emulate their artist heroes with lifestyle and behavioral myths and style tropes no longer relevant nor romantic in 2021, illustrates just how powerful the notions of egoism and historical impulse continue to be. In re-creating the scenes of our artistic fantasies, we hope to create something representative of artmaking in our own time. The quest for originality then has to muddle through these unnecessary and obstacle-creating regurgitations. “Who controls the past controls the future,” wrote Orwell. “Who controls the present controls the past.” 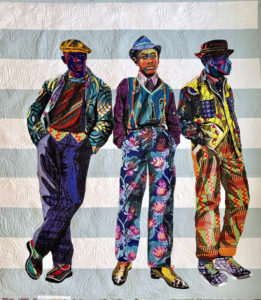 Esoterica: In her 2013 manifesto on womanhood and writing, “Things I Don’t Want To Know”, British novelist, playwright and poet Deborah Levy riffs on Orwell’s ideas, but from a contemporary perspective. For example, Levy caveats ego-force with the proviso that women, in order to write in the first place, must re-animate that which has all but been squashed for the purposes of domestic labour and child-rearing. “Perhaps,” she wrote, “when Orwell described sheer egoism as a necessary quality for a writer, he was not thinking about the sheer egoism of a female writer. Even the most arrogant female writer has to work over time to build an ego that is robust enough to get her through January, never mind all the way to December.”

And up until recently, it’s felt at times, as though political purpose and aesthetic enthusiasm in painting have fallen into a church and state divide, with social commentary in visual art bumbling around in a kind of de-skilled or jarringly mechanical or even hostile aesthetic. Imagine for a moment, if historically, writers of biting social criticism and polemical essays also, and in order to do so, abandoned elegant wordsmithing. A re-joining of these two creative impulses has now, perhaps, sparked a renaissance of beauty and craftsmanship. In doing so, it shall hopefully advance our social progress. 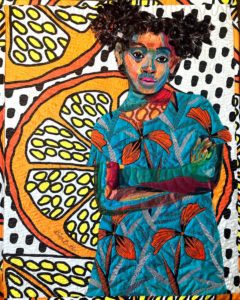 Anaya with Oranges, 2017
By Bisa Butler

“No woman is really an insider in the institutions fathered by masculine consciousness.” (Adrienne Rich)