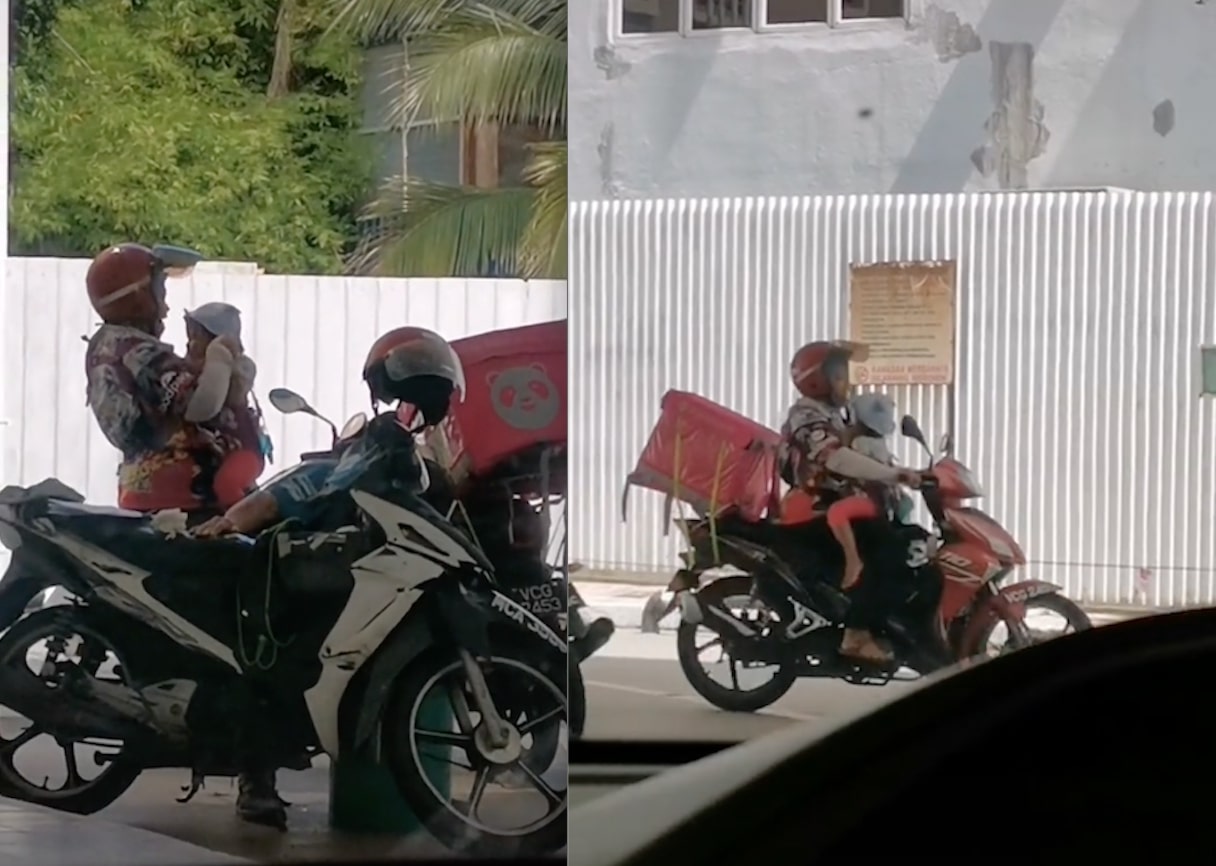 Kuala Lumpur – A video circulating online highlighting a mother’s unconditional love and sacrifices for her child has garnered sympathy among netizens.

TikTok user @zanethnasha posted a video of the mother she initially spotted at a petrol kiosk in Bangsar, Kuala Lumpur.

The mother strapped her child on a carrier wrapped around her chest before getting on a motorcycle equipped with a Foodpanda delivery bag.

TikTok user @zanethnasha was moved to tears after witnessing the scene, noting the woman was bringing her child along while working.

She then told her husband to give the woman some money as they saw the rider stop nearby.

Although the mother initially declined their offer, she eventually accepted the assistance after some persuasion.

The TikTok user also said that the mother’s child had eyesight problems, yet the woman pushed on as a mother trying to make ends meet.

“Truly emotional. Here I am with my kids in an air-conditioned car, but the mother and her child are working under the hot sun,” she added.

With over 31,000 views and 2,600 likes, members from the online community sympathized with the woman.

“That’s dangerous, but it seems like she does not have a choice, too young and cost money to leave the child in someone’s care,” said a netizen. “The child should see these photos when she has grown up to understand the hardship and sacrifice her mother has to go thru.”

They also extended respect towards the mother’s resilience and thanked the family for helping out.

“I cannot imagine how resilient she is to be able to work while carrying her child. I hope that both the rider and this Tiktok user be granted bountiful wealth.” /TISG

Read related: Food delivery rider in his 60s pleads with a customer not to report wrong order to avoid penalty