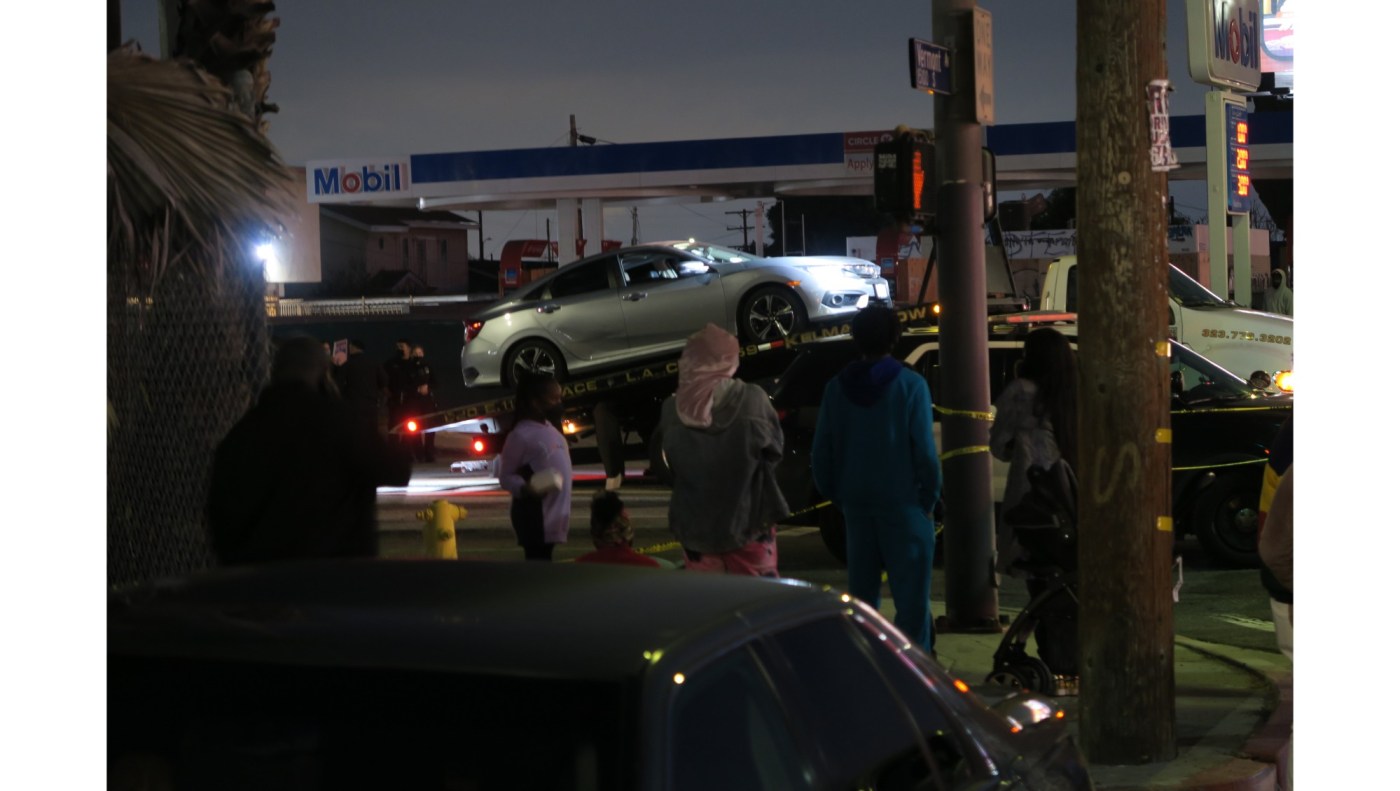 A woman was shot and killed in Los Angeles near Gardena on Tuesday, Jan. 18, and police were searching for the shooter.

The shooting happened in the Harbor Gateway North community, at South Ainsworth Street near West 155th Street at about 11:20 a.m., police said. The victim and a witness were in a vehicle heading north when they were approached by a man who exited another vehicle, according to Officer Mike Lopez of the Los Angeles Police Department.

The man fired into the car, striking the woman and causing her and the witness to flee in their vehicle. It was not immediately known if the woman who was killed or the witness was behind the wheel.

The two victims stopped their car in the area of West Redondo Beach Boulevard and South Vermont Avenue, just west of the Harbor (110) Freeway, where the witness flagged down a police officer, Lopez said.

Paramedics were called to the scene and found that one person in the car had died her wounds. Her name was not immediately released pending notification of her next of kin.

The witness was not injured in the shooting. No further details were immediately available.