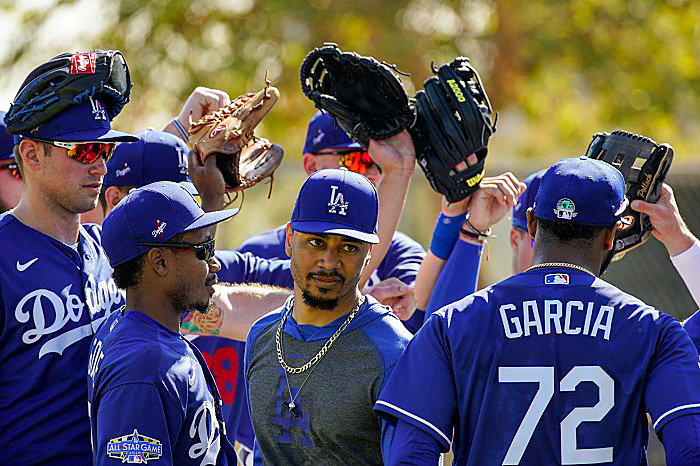 Remember when Spring Training 2020 started? The Dodgers had just finalized the trade for super-star outfielder Mookie Betts and left-handed pitcher David Price, signed free agent pitchers Alex Wood, Blake Treinen, and Jimmy Nelson, and the anticipation that 2019 Minor League Player of the Year Gavin Lux would be the team’s regular second baseman. Expectations were not just high; they were stratospheric!

After the Dodgers first full-squad workout of Spring Training, Betts asked manager Dave Roberts if he could address the team the next day. Without knowing what Betts intended to say, Roberts gave him the go-ahead.

In Betts’ own words:

According to those in attendance, Mookie’s message to his new teammates was understated but direct:

His new teammates were blown away. Betts’s talent made him one of the very best players in the game, but in the space of five minutes, he had taken on the mantel of Dodgers team leader.

“It was special,” said Dodgers third baseman Justin Turner. “And I think it’s already resonated with every guy in camp.”

“He’s all about trying to get the team ready to go. He wants to win,” added Dodgers ace Clayton Kershaw.

The message was so powerful, the players so talented, the roster so deep, nothing was going to stop the Dodgers from their World Champion goal. Unfortunately, the message – and team buy-in – were sidetracked when Spring Training was suspended on March 13 to protect players, fans, etc, from COVID-19.

It was not until four months later that the entire team would reassemble for a hurried Summer Camp to prepare for Opening Day of a 60-game 2020 season on July 23.

After watching the Dodgers uninspired play for the first 30 percent of the 2020 season, it is time for Mookie to call another team meeting, build on his Spring Training message, and fire the rocket motors at this team. All that is standing in the way of the 2020 World Series is a spark, and Mookie Betts is the perfect igniter.