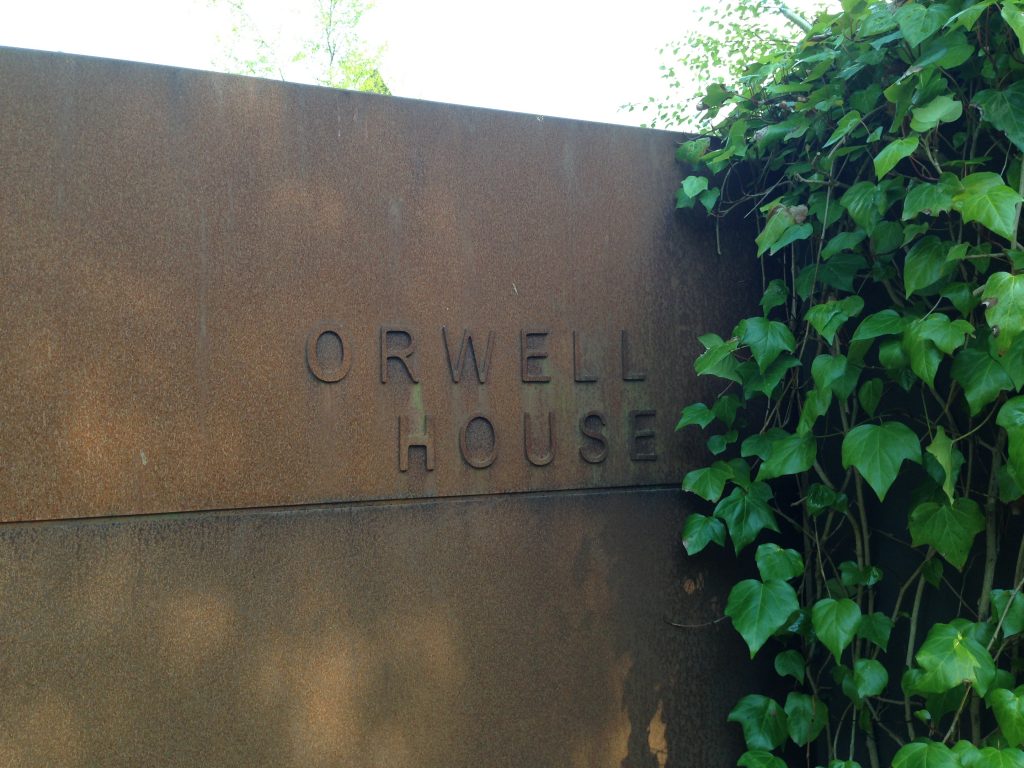 101 Things Birmingham Gave the World No. 94: The Orwellian Nightmares of the Daily Mail

Eric Arthur Blair’s 1984 provides such a compelling vision of life in a totalitarian state that it has become the founding text on which fears of undemocratic control are built. Its ideas are strong and can be easily adapted to suit almost any political purpose.

The left will shuffle in their donkey jackets and point to the opprobrium hurled at immigrants or the poor, look hard, over a plate of custard creams, and cry ‘two minutes hate’ at the right wing press. Libertarians call almost any attempt to do anything ‘Big Brother’. But it’s the likes of the Daily Mail that have taken the contents of the book most to heart.

‘Orwellian’ is a phrase that the Daily Mail use a lot, there are over 30 pages of search results on their website. Its use is often combined with the word ‘nightmare’ and almost always followed by a story about how a local council or the BBC has ‘banned’ the the use of a word. Or talking about black people. Or in one ‘news story’ I came across: broccoli.

For those that have actually read a few more George Orwell books than just 1984, it can take a while to realise what they mean by ‘Orwellian’. It turns out they don’t mean going hop picking in Kent, feeling rather awkward about shooting an elephant, or being a struggling parson’s daughter: it’s purely about the supposed control of thought by use of language. Something the paper behind ‘Hurrah for the Blackshirts’ should know a lot about.

Orwell wrote 1984 as a warning not against communism, but against totalitarianism, and his visions of how propaganda becomes dangerous and becomes ‘the truth’ were informed by his experiences fighting for the POUM militia in the Spanish Civil War. The Spanish Republican and the English left wing presses were fed lines by the Communist Parties of Spain and Russia against their comrades in forces that differed ideologically, even when they were on the same side. Stalin’s backing for the Spanish government wasn’t as altruistic as it could have been. Orwell returned from the war bloodied and disillusioned, and never again trusted ‘the party’.

The schisms in the left were necessary to control the ideas rather than the country, and that was seen to be more important: because realistically there was no way the Republicans could win the war. Spain’s defeat and Orwell’s loss of hope stemmed from that realisation: and that all came from the lack of support shown to the government of Spain by the English and French.

Foreshadowing the appeasement of Hitler in the following years, the two powers just didn’t want to get involved and the refusal to sell arms to the democratically elected government of Spain meant that the Republic was doomed. The fascists had support from Germany and, crucially, Mussolini’s Italy who transported General Franco and his troops back to mainland Spain.

He eventually got a lovely note of thanks from the victorious Franco, a piece of paper in his hand that he kept rather more quiet about than some.

¡No Pasaran! As they don’t say at Highbury Hall.

14th Most Influential Person in the West Midlands 2008, subsequently not placed. His new book about visiting every seaside pier in England and Wales — Pier Review — has been described as “On the Road meets On the Buses”, it's out now.

101 Things Birmingham Gave the World No. 94: The Orwellian Nightmares of the Daily Mail