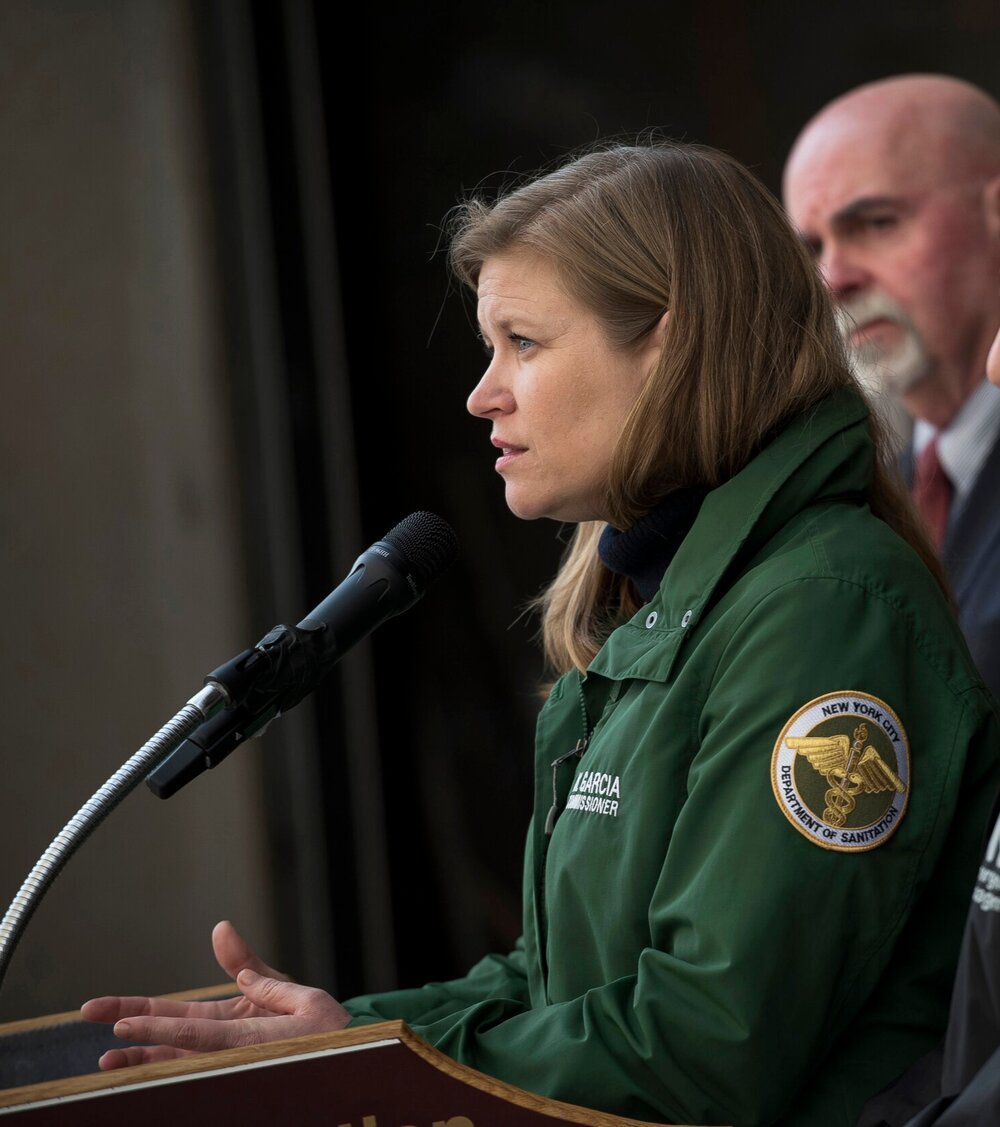 Since the start of the pandemic, New York City has budgeted $725 million for emergency food assistance, with Sanitation accounting for the vast majority of the expenditures. In March 2020, Mayor Bill de Blasio tapped then Sanitation Commissioner Kathryn Garcia as the city’s “food czar,” harnessing her department’s logistical and staffing might to deliver food to New York City residents.

Report author Daniel Huber said he was struck by the sheer volume of aid, illustrating “the scale of the disruption to a lot of New Yorkers,” including thousands who never before faced food insecurity.

About two-thirds of the emergency food funding, $478 million, came from the federal government, while the city allocated an additional $247 million. The Federal Emergency Management Administration said in January that it would reimburse 100 percent of pandemic-related costs, a potentially big budget-saver for the city.

Sanitation controlled most of that money and used it to purchase and distribute food, while funding pantries and community-based organizations. The agency had never before controlled emergency food efforts, but managed to oversee the distribution of about 200 million meals since the start of the pandemic.

“The Department of Sanitation is incredibly proud of its role supporting the City’s distribution of hundreds of millions of meals to New Yorkers in need over the last 12 months,” said spokesperson Joshua Goodman. “The pandemic is still far from over, and we are actively working with our counterparts across agencies on the transition of emergency food programs as the city enters into its recovery period."

The department’s role was a one-off, however. Sanitation no longer leads emergency food distribution, with most of the money now flowing to other agencies, like the Human Resources Administration, Department of Social Services and the Department of Education. The Mayor's Office of Food Policy has resumed strategic planning.

A spokesperson for Garcia, a candidate for mayor, said it was appropriate for Sanitation to relinquish control of food efforts after meeting the challenge during the peak of the COVID crisis.

“It was an unprecedented circumstance and we had to rely on every apparatus of the government,” said the spokesperson, Lindsey Green. “It was all-hands-on-deck and she was called in a crisis.”