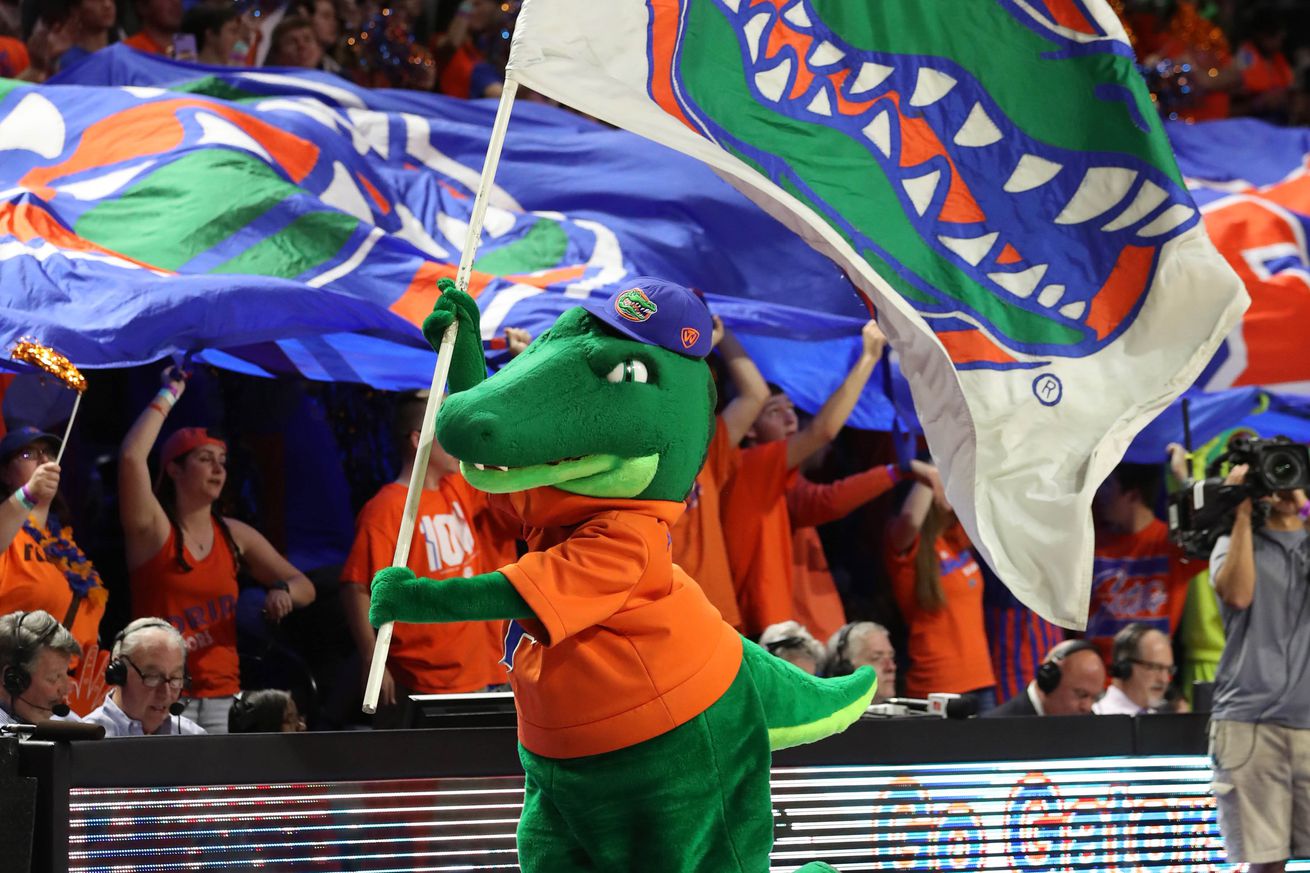 I’ve attempted to simplify and streamline things for the new season (with further changes coming for 2020-21). This series is also going to be less comprehensive than in the recent past.

For all of the posts in this series, visit the 2019-20 Non-Conference Scheduling Hub.

Warning: Graphics and tables may not appear optimally when viewing on a mobile device.

This post is heavily-modified version of 2016-17’s methodology entry.

As usual, we will start with some explanations of the various terms you’ll find in these posts.

To calculate the relative strength of each of Division I’s returning 352 men’s college basketball teams, I used the same basic four-year formula from the last three seasons. As usual, more recent seasons are rated more highly, but last year is not fully weighted due to roster changes. This is the Four Year-Ranking.

One significant change made before the 2017-18 season affected this whole exercise, as Ken Pomeroy switched his ratings from the Pythagorean Winning Percentage (pwp) to an Adjusted Efficiency Margin (AdjEM). These margins can be positive and negative (or zero, if we want to get even more technical). In prior years, this affected later calculations, but since I’ve made some changes for 2019-20, that’s no longer the case. My data consists of KenPom.com’s pre-NCAA Tournament AdjEM numbers, not the rankings, for 2015-16 through 2018-19.

I’ve factored these AdjEM numbers into the formula like so, though I’ve more heavily weighted the most-recent season than in the past.

Change for 2019-20: I’m no longer using the raw team scores in my calculations, but rather the rankings for reasons that will become clearer as we go on.

These are the top and bottom of the Four-Year Ranking, which I’ll be referencing throughout the series.

Now one of the bigger changes for this season’s ratings arrives. Over the past two years, I used the raw team score number, weighted by game site, to determine the value of a game. Since that number was based on KenPom’s AdjEM, it could be positive or negative, which required some adjustments in terms of calculations.

Starting with the 2019-20 season, I’m going back to basing game scores on teams’ four-year rankings, a necessary move given a further wrinkle I’ve added to the metrics. All games against Division I opposition receive a score based on the location. These scores are now the reverse of a team’s ranking. The better the ranking, the higher the score.

Let’s use Virginia, the top-ranked team in the four-year rankings, as our example.

At the other end of the scale, Delaware State is the lowest-ranked team at 352. So, a home game against the Hornets is worth just 1 point, with a road game being worth 1.5.

As for Division I’s newest member, the Merrimack Warriors, their point value is based on their preseason KenPom ranking of 285. Their game values match those of the 285th-ranked team in the four-year ranking, the Niagara Purple Eagles. So, the Warriors’ opponents receive 68 points for a home game against the NEC newcomers, 85 points for a neutral contest, and 102 for traveling to North Andover, Mass.

Since starting this series, one thing that’s bothered me is the sheer number of non-D1 games scheduled nationally. And with many teams struggling mightily to fill their slates this season, my decision to weigh these games differently now seems like an inspired move. No longer will all non-D1 games on a team’s schedule earn a zero, acting as a non-counter. In these rankings, only the first non-D1 game scheduled by a mid-major will earn a zero. However, any additional contests will bring a penalty. This is why I ended up getting rid of the negative AdjEM-driven game values.

As for power conference teams, in nearly all cases, they will be penalized for every non-D1 game scheduled. There is one exception to this rule, as teams will not be dinged for meeting the Chaminade Silverswords in the Maui Jim Maui Invitational.

To calculate the value this penalty, I added up the game scores of:

I then divided this number by the 206 games theoretically available for these 147 teams. These are the lone power conference non-D1 games and games two through four for the mids. That result, 94, ends up as the penalty applied to each of these extraneous non-D1 matchups. Note that this is an imperfect figure, as teams can’t schedule themselves, nor are they likely to schedule conference foes in non-conference play.

What’s the result of this change? Schedules with eight or nine road games will no longer automatically earn a high ranking simply because a handful of non-D1 home games accompany them. Weighing against those contests provides a better way to compare these schedules against those of teams that schedule one or fewer non-D1 opponent. Plus, I want to illustrate that there are plenty of Division I opponents out there to schedule, even with the copious amount of out-of-division games played.

To measure an individual team’s schedule strength, I again used the following formula, since non-conference schedules vary in size:

where N equals the total number of non-conference games a team scheduled. Note that individual Ns range from seven (Iona Gaels) to 17 games (the maximum Ivy non-conference slate) this season. Note that the MAAC, Southland, and Sun Belt all joined the ACC in moving to 20-game conference schedules this season, while the Big South moved from 16 to 18 games. These shifts reduced the number of non-league games available for many teams.

To simply things this season, I decided to no longer give teams participating in bracketed tournaments four scores based on the outcomes possible in those events. Instead, I’m only providing an Average Schedule Strength. This accounts for the value of all of a team’s known opponents, including the first one in a tournament, and the average game scores of all possible opponents for their TBD tournament games. This score reflects the general strength of a team’s tournament field. For teams not participating in a bracketed event, their known schedule strength is compared in the same table alongside the average schedule strength of those playing in bracketed events.

Next fall, this series will use the NET rankings instead of KenPom’s AdjEM, as the new metric will be heading into its third year. I figure that, in the future, these ratings should use the numbers the Selection Committee uses to paint a more accurate picture.

The majority of this season’s posts will begin with a truncated amount of conference-specific information: Four-Year Rankings, Schedule Rankings, Road and Non-D1 Games, Non-Conference Games by League, and Non-Conference Games by Quad. Note that the mid-major post will discuss conference rankings and the top and bottom of the national rankings. A team-by-team breakdown will follow for each conference member/selected mid-major, with teams presented in order of their average schedule strength, prefaced by their national ranking. This year, opponents will be presented in two ways.

The first is the traditional table that I’ve used in prior seasons. This time, however, home and road games are ordered by opponent quality, from best to worst. I attempted to do the same for neutral-site games when possible, though tournament possibilities made this less consistent. Here’s Florida’s schedule for example (naturally). Note the following:

Additionally, each team’s schedule is presented chronologically. Once again, the four-year ranking appears before an opponent’s name. I’ve also specifically called out whether specific contests are tied to an MTE or other event or will take place an alternate venue. In the far right column, you’ll see a recap of last season’s matchups, if there are any. Note that the locations in parentheses refer to where the game took place from the perspective of the team that owns the schedule. So, Florida lost at Florida State, fell to Butler at a neutral-site, and defeated the Bulldogs at home.

Unfortunately, thanks to some data calculation errors that I realized months after I started pre-work on this series, I was left with too much to do and too little time to publish a post for each of Division I’s 32 conferences, as has been my habit in recent years. Instead, there will be two team-focused posts scheduled for each of the next four days, starting Tuesday, October 29 and ending on Friday, November 1. There may also be additional posts covering random subjects concerning scheduling later this week and early next week.

Normal service will resume next fall.

As always I want to thank Twittersphere’s @TheD1Docket for sounding the virtual klaxon any time a team released or changed a schedule during this offseason.