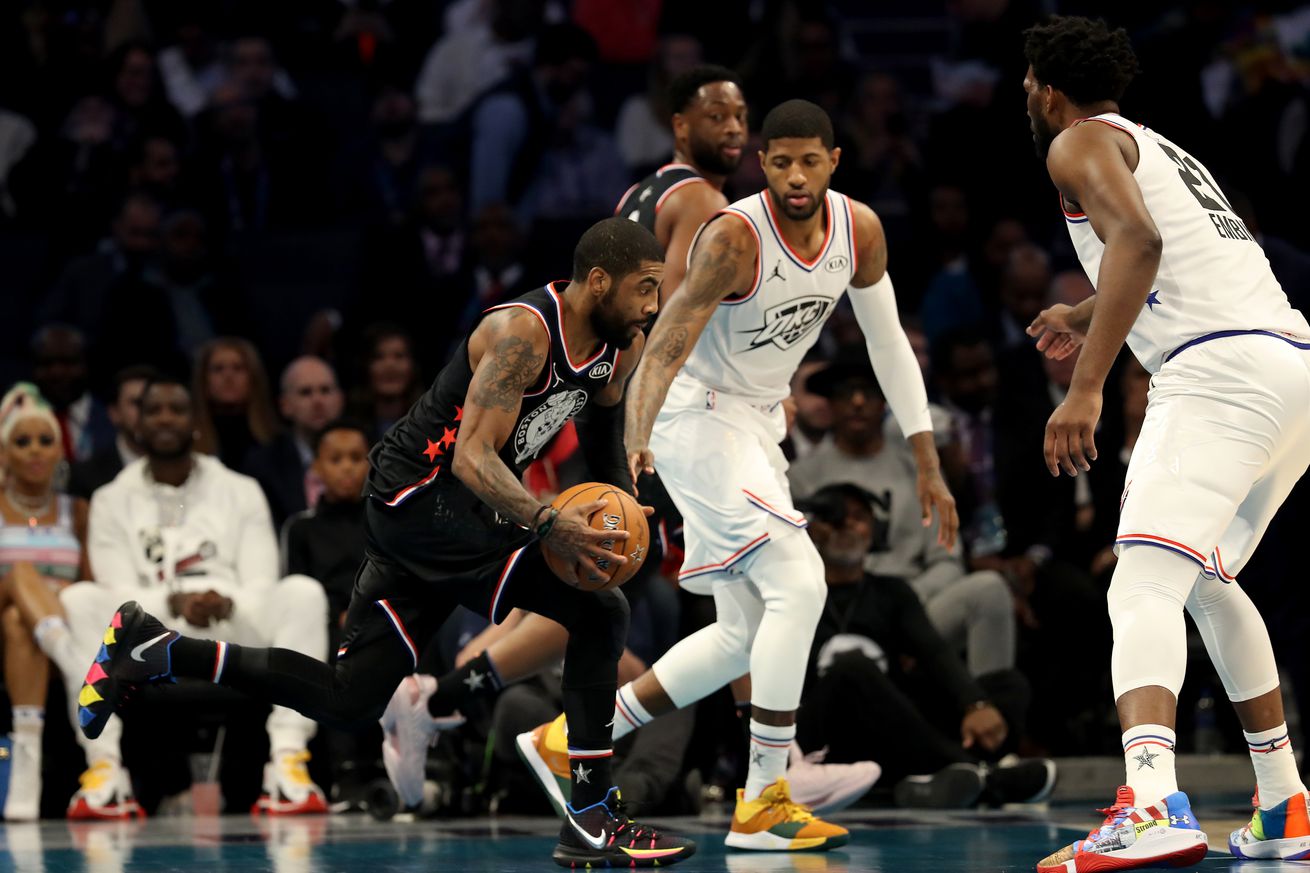 The All-Star fields are set

What do you think of the lineups for the skills competitions?

The All-Star Game is set for this coming Sunday, and the NBA has officially finalized the fields for the skills competitions.

The skills challenge will feature Luka Doncic, Chris Paul, Julius Randle, Domantas Sabonis, Nikola Vucevic, and Robert Covington. Covington is the lone NBA player to have attended an HBCU, and the league has pledged a donation to HBCUs as part of All-Star festivities. The other five contestants were all selected to the All-Star Game itself, suggesting that there was a lack of interest from other players around the league. Notably, rookie of the month LaMelo Ball declined to participate, per Chris Haynes.

The 3-point shootout has a much more interesting field: Devin Booker, Jaylen Brown, Stephen Curry, Zach LaVine, Donovan Mitchell, and Jayson Tatum. Booker and Curry are former champs, and LaVine is shooting 43.3 percent from distance. LaVine also became the sixth player all-time to have multiple games with at least 10 threes this season. Damian Lillard, who will also be in Atlanta, turned down an invite to the contest so he could rest, and defending champion Buddy Hield (not an All-Star) chose to skip the event as well.

As for the dunk contest, this is quite possibly the least compelling trio ever assembled: Anfernee Simons, Cassius Stanley, and Obi Toppin. Kudos if you know each of their teams. The NBA couldn’t even get its usual four players to participate, as several players declined invitations including Anthony Edwards, Jaylen Brown, Miles Bridges, Alex Caruso, and Zion Williamson. Welp. There’s always next year.

The All-Star Game draft will be held Thursday. Kevin Durant has already been ruled out with an injury despite being selected as a captain, and his replacement has been picked, but it’s worth also keeping an eye on Kawhi Leonard. Ty Lue said Leonard’s back started acting up during the Milwaukee game Sunday, and the coaches “haven’t gotten an answer on whether he will be able to go on Thursday or not” against Washington. If Leonard misses the Wizards game, that’s a ready-made excuse to skip the trip to Atlanta, which he wasn’t in favor of to begin with.

If Leonard does opt out of the All-Star Game, here’s hoping Paul George gets the starting nod in his place, and Mike Conley is the injury replacement.

The All-Star fields are set