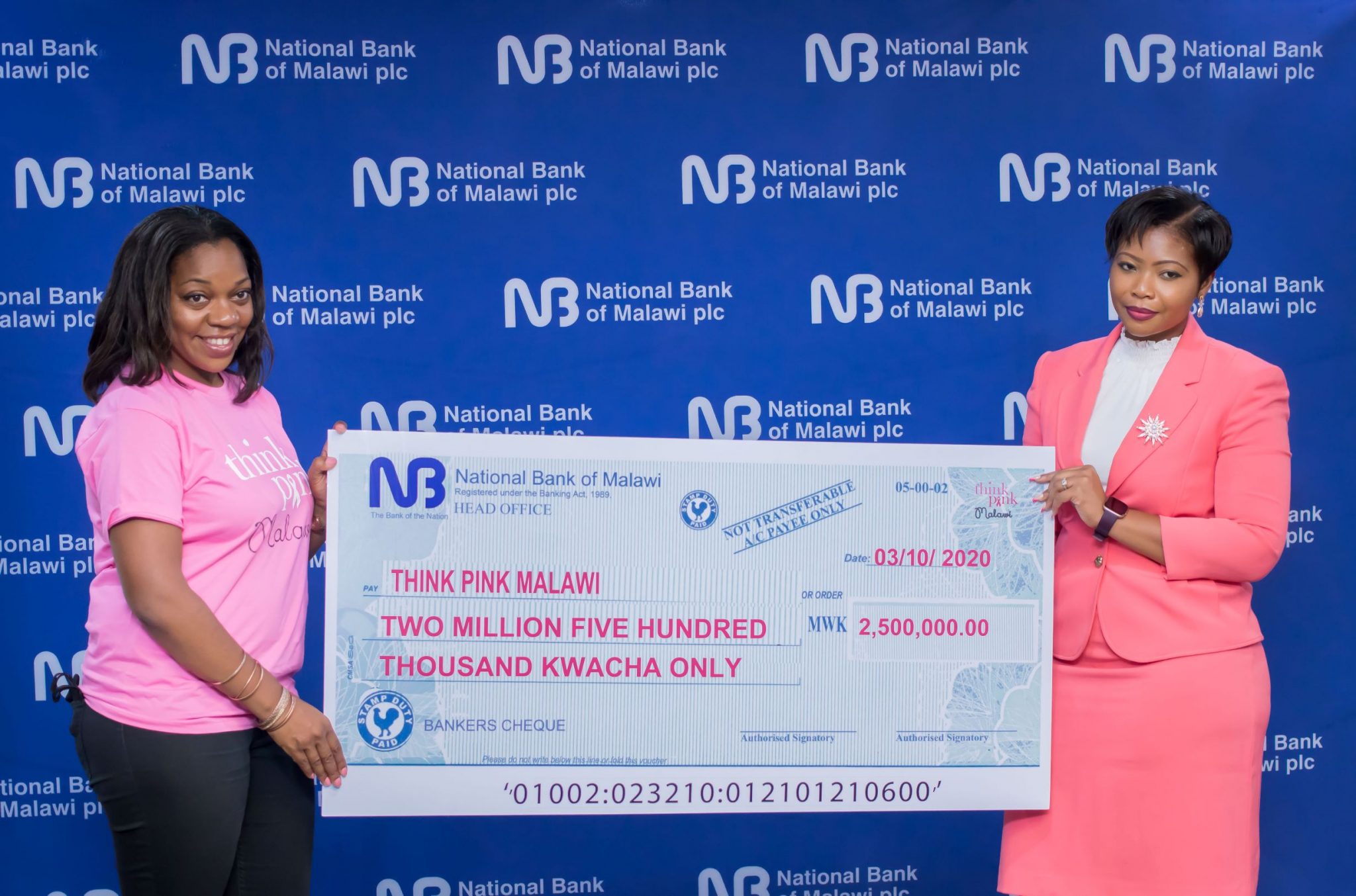 By Mc Donald Chapalapata, a Contributor

Making the donation in Blantyre at the weekend, NBM plc Marketing and Corporate Affairs Manager Akossa Hiwa noted that the month of October, which is Cancer awareness month, NBM plc is taking an active role in driving awareness and making treatment or screening accessible to the vulnerable through several initiatives.

“The Bank is cognizant of the fact that annually, breast cancer is the cause of approximately 42,000 deaths worldwide. According to a 2015 WHO report, 7% of deaths in Malawi is caused by Breast Cancer. However, with early detecting and screening, this form of cancer is curable.”

“Therefore, awareness is critical to drive screening and early detection and thereafter, access to treatment is also critical. For this reason, we have contributed K2.5 million towards screening or treatment of vulnerable men or women through Think Pink. This money will be paid directly to the medical facility. We hope that it will facilitate patients’ access to care,” said Hiwa.

She said NBM plc will further work with Think Pink Malawi to raise awareness for both customers and members of staff through the sharing of vital information on risk factors, self-screening and how to access care.

“Internal initiatives will include a staff ribbon sales drive, where staff are raising funds to pay for treatment courses through the purchase of ribbons. The Bank is further observing Pink Fridays – where those that are willing to, have an element of pink on them each Friday of October, in solidarity of the cause,” said Hiwa.

Think Pink Malawi Co-Founder Eleanor Nkosi  thanked NBM plc for the donation saying it will go a long way in helping creating awareness to the public about breast cancer.

“National Bank’s involvement in our campaign gives us incredible mileage and will help us spread our message to an audience all across the country. We are grateful to be joined by the bank of the nation on such an important campaign that affects all Malawians.”

“Think Pink was born in 2014 and this is our 7th year advocating for inclusive healthcare for all cancer patients so to be approached by a giant organization such as National Bank is very encouraging and a reminder that we are moving in the right direction in terms of creating awareness to the public,” said Nkosi.