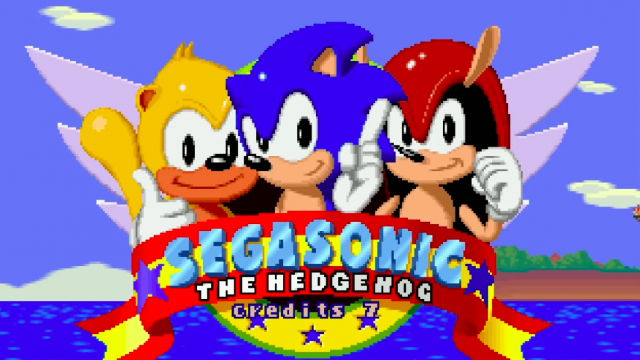 The Sega Ages line is a treasure trove of classic Sega games remastered for modern HD consoles and televisions. Sonic the Hedgehog has of course been a big part of the range, with both his original game and sequel on Sega Genesis already available for purchase. While it would seem that additional Sonic games would be a no-brainer for the series, it’s not stopping Sega from thinking a little bit outside of the box for which title to choose next.

Speaking to Game Watch (and translated by translator Oni Dino of Nintendo Everything), Sega creative producer Yosuke Okunari stated that while there aren’t any official plans for future Sega Ages titles at the moment, if fans support the range enough it could lead to the remastering and rerelease of other titles down the road. That includes arcade and Japan-exclusive title SegaSonic the Hedgehog! Here’s what Okunari said: 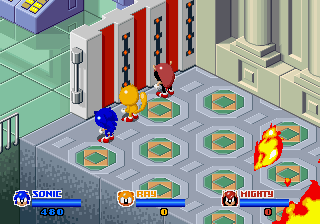 When we began work on SEGA Ages for the Nintendo Switch, the amount of titles in development were limited, so we decided on a lineup that consisted of the first two entries in the Puyo Puyo and Sonic series. If this collection of SEGA Ages titles is successful, then I’d say we’d really like to consider releasing more in those series. The arcade game, SegaSonic the Hedgehog, has never been ported before…

SegaSonic the Hedgehog is a Sonic game produced by Sega’s arcade division Sega AM3 for the company’s Sega System 32 machines. SegaSonic introduced the world to Mighty the Armadillo and Ray the Flying Squirrel. It’s generally compared to Marble Madness in part due to its isometric game world; control was handled via a track ball. To date, SegaSonic has never been released outside of Japan despite being a fairly beloved entry in the Blue Blur’s catalogue of games. If it were to finally see the light of day… well, that would be pretty cool, in this writer’s estimation. It would also be a wonderful act of game preservation in an age where the topic continues to garner more awareness.

Do you hope SegaSonic the Hedgehog makes its way to the Sega Ages line? Let us know in the comments and on social media!