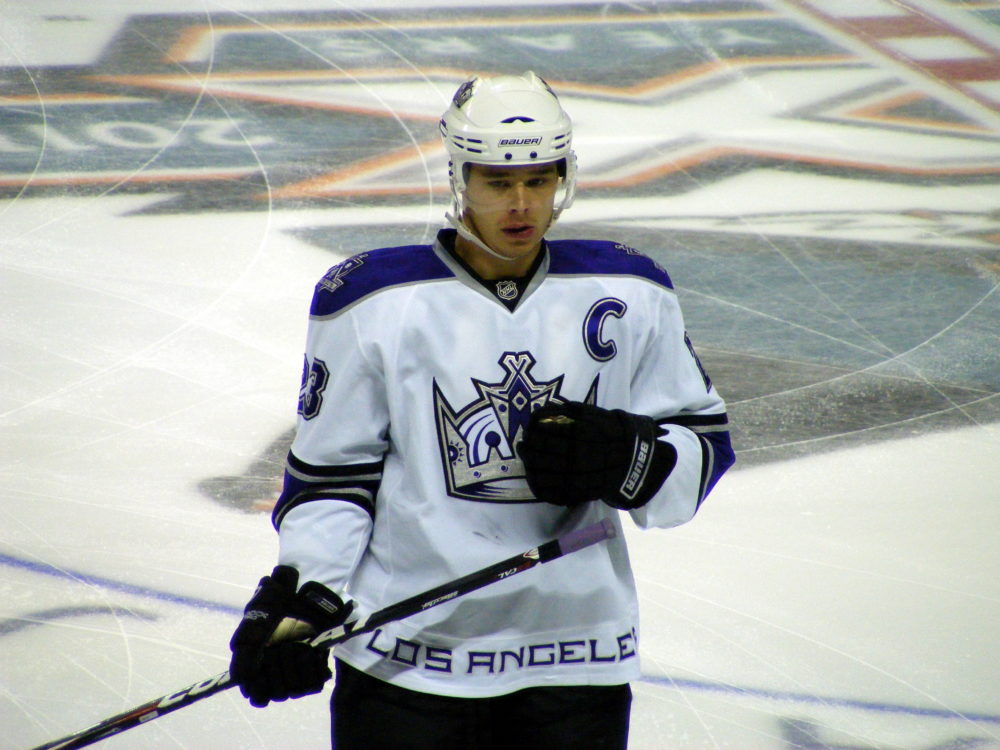 The inaugural game of the Los Angeles Kings’ 2020-21 season took place on Thursday, Jan. 21. The biggest story of the game came from the opposing team, as Minnesota Wild rookie Kirill Kaprizov had a star-making three-point performance in his debut game.

Kaprizov skated away with all of the highlights from this game, which has largely overshadowed longtime Kings winger Dustin Brown’s milestone moment.

Dustin Brown’s 300th career goal was an odd one. In fact, it was originally credited to another LA forward, Adrian Kempe. Even the Kings’ Twitter staff thought it was Kempe who scored.

Following the Kings’ overtime loss to the Wild, Brown was asked about scoring his 300th career goal.

“Something I’m proud of,” a matter-of-fact Brown said of the milestone. “I actually didn’t even know until after the game because I assumed that Juice got his stick (on it) just the way the play happened.”

Even Brown himself thought that “Juice” (which is a nickname for Kempe) had scored the goal. Overall, this was a very odd goal, as it’s not often a player reaches a milestone as important as the 300-goal mark and it’s not acknowledged during the game.

How Brown Got Here

Brown’s 300th goal was a long time in the making. He was drafted 13th overall by the Kings in the 2003 NHL Entry Draft and has since skated for them for 16 seasons. He was the captain of the team for two Stanley Cup victories and played an important role in those Cup wins.

Related: Kings Look for Redemption After Opening Night Loss to the Wild

Despite being 36 years of age, Brown still has at least a few more seasons left in the tank. The Kings have him inked on a contract, paying him $5.875 million per season until 2022-23. If he were to score 20 goals a season for the rest of his contract, he’d be near the 350-goal mark, as that would put him on pace for 340 goals when his contract expires. This is a distinct possibility, as it is definitely possible for him to score 19 more goals this season, and if 2021-22 is a full 82-game season, he should score at least 20.

Dustin Brown is set to achieve many more accolades throughout his career and Kings fans should be excited for what’s to come.