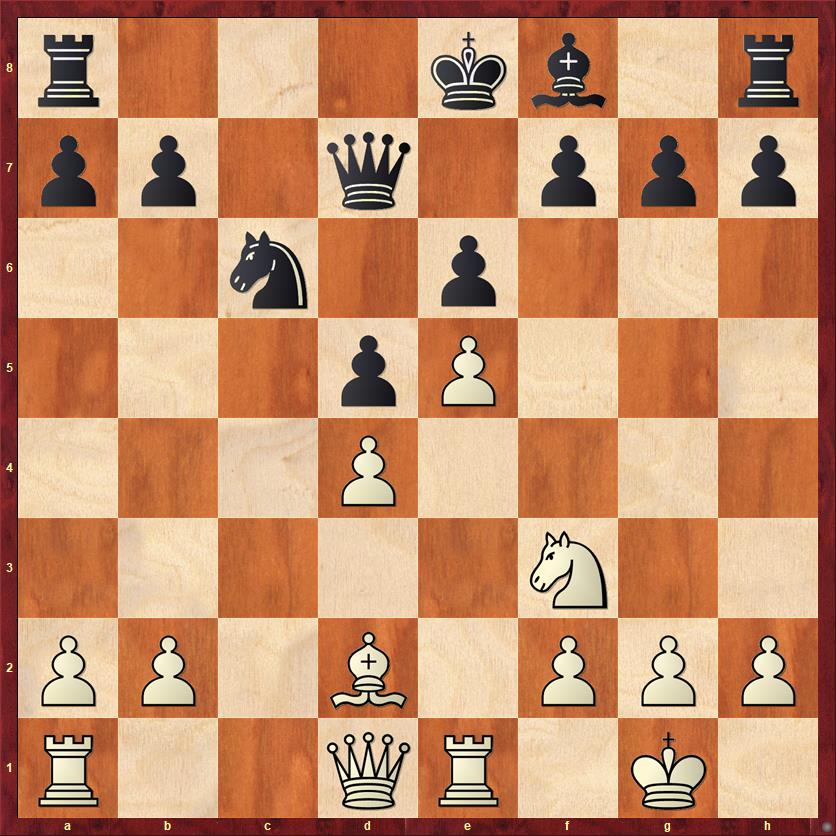 Each of these three games was memorable for different reasons. The game against Hikaru came in the 8th round of the U.S. Open, which was held in Reno that year. He was 11 years old and already rated 2328, so I knew he was a very serious opponent. After the game, I wrote in my diary, “I was not all that impressed by Nakamura, but he won the game and that’s all that mattered.” I correctly felt that I lost mostly because of my own mistakes.

But my diary was wrong in another way. Each time I go back and look at that game, it becomes more impressive to me. I’ve played against lots of prodigies before, and lost a few. But Hikaru was the only young prodigy who beat me by playing like an adult. There were no tactics until very late in the game; in fact, he missed a couple chances to win tactically. But he just calmly, quietly achieved positional domination, and when he finally got to a winning position he played the endgame mercilessly and precisely. When you go over the game, you’ll swear that Hikaru was the 40-year-old and I was the 11-year-old.

The other two games against U.S. champions came in the Labor Day Chess Festival in San Francisco, where I had one of the best tournaments of my life. I beat two masters (Russell Wong and Vinay Bhat, again), drew another (David Blohm), lost to Dzindzichashvili, and then drew with Walter Browne. The last game was the first time I ever drew against a grandmaster, and I would show it here except that I’ve already blogged about it before, twice. (See here and here.) It had a somewhat peculiar ending. Browne offered me a draw on the last move of the time control, in a position where I was much better, and then he was pissed off that I accepted it.

I think that Browne’s main beef was that we were playing for different prizes. I only needed a draw to take the under-2400 prize, so of course I accepted his draw offer. By contrast, he had to win to have a shot at first place, which would have been the only decent (money-winning) result for him. If we had both been playing for first place, it would have been a level playing field, but because we weren’t playing for the same prize, I effectively had draw odds.

Still, I think it was a rather lame reaction from him. If you don’t want a draw, don’t offer a draw! I think it’s possible also that Browne was just mad at himself for playing poorly, and that was how he expressed it. I understand. I’ve gotten angry at myself many times after a game, and it’s sometimes hard to control my frustration and remember to be courteous to my opponent.

Anyway, I think that readers will be much more interested in seeing how Hikaru Nakamura played when he was 11 years old, a game that I have not shown previously. So here without further ado is my game against him.

The Rossolimo Variation had become my standard weapon against the Sicilian Defense, and I used it also in my draw against Walter Browne.

A pawn sac with 7. d4 is also possible, but really no better for White than this move. The main problem with 7. Re1 is that it leads to a really dull position with few opportunities for White. But if you’re playing someone rated 200 points above you, maybe a boring draw is okay.

A book position, and as I said, White doesn’t have a whole lot to look forward to. The pawn formation makes both of my minor pieces passive, Black has no weaknesses, and there is no chance of accomplishing anything with the rooks on the c-file.

What the heck is this? Even though I’m the one who played this move, it’s hard to figure out why. Evidently I was a little bit impatient to “make something happen” in the position, and played a sort of provocative move. But there is no threat behind it, and all it does is create weaknesses in my own position. A more sensible move is 20. Ne1, with the idea of maneuvering my knight to d3, where it will be somewhat more actively posted. If you can’t figure out what to do in a position, talk to your pieces and see which one is unhappy with its current lot in life, then try to make it better.

No, 20. g4 isn’t the reason I lost the game — but it’s definitely a sign of a flawed thinking process.

Nakamura doesn’t mind trading rooks now. There is a concrete weakness for him to attack on the kingside, so he would like to eliminate counterplay on the queenside.

Now Nakamura played a move that really surprised me.

I was actually happy to see this move. My bishop has been a piece without prospects for the whole game, and so I was more than willing to trade it for Black’s bishop. But Nakamura’s move was based on a sophisticated and unconventional understanding of the position. When evaluating a trade, look at the pieces that are left. Nakamura sees that White’s queen and knight are going to be totally tied down to defense. Plus, he really wants to bring his queen to the kingside where White’s weaknesses are, and his bishop move is the quickest way to do that.

The computer is next to useless for evaluating these positions. For a long time, basically from move 12 to 32, it sees the position as dead equal, 0.00. But what’s really happening is that White is standing on a ledge of equality that is getting narrower and narrower. One false step, and he’ll fall off. For example, 27. Bxg5? Qxg5 28. h3 h5 would already be bad for White.

Here I made an extremely instructive error in my postgame analysis. I thought I should have played 30. Qd3? (in my notes I gave this “!”) to keep Black’s queen off the b1-h7 diagonal.

The trouble with 30. Qd3 is that it allows 30. … Qf4, but of course I saw that and I thought I had it covered. I figured that White could follow up with 31. Qg6 “!”, threatening a perpetual check if Black should capture on d4. Meanwhile, I’m also threatening e6. Looks great, right?

Wrong! The computer finds a stunning quiet move for Black after 30. Qd3 Qf4 31. Qg6, namely 31. … Kf8!! The first point of this move is to take away all of White’s checks, and the second, really nasty point is that after 32. Qxe6 Black wins with the pseudo-sacrifice 32. … Qxf3+! 33. Kxf3 Nxd4+, forking king and queen. Did you see this? I completely missed it. But it’s an important line, because it shows you that (a) White has no way to stop the penetration of Black’s queen, either via g6 or via f4; and (b) Weak squares will hurt you, sooner or later. It was impossible to see on move 20 that the weakness I created with 20. g4 would eventually lead to losing a piece via the “fork trick” on move 33. But I should have known that the move 20. g4 creates weaknesses, for no good reason, and it was likely that I would pay for them some day.

Okay, back to the game. The move I played was actually correct, although it looks dangerous.

Still okay, though a little bit adventurous. 31. h3 would have been a safer alternative.

Black is making some progress, but if White just sits tight with 32. Qc3 it’s unclear how Black can break through. The computer doesn’t see a way, and I don’t either. Now I make what is technically the losing move… the misbegotten spawn of my previous bad move, 20. g4.

It’s hard for me to explain why I felt so compelled to make weakening pawn moves in this game. I think I’ve actually learned how to play this kind of position better in the years since then, after playing a zillion games against the computer in which the only way to draw was to set up a fortress and hold tight. Computers are bad at recognizing fortresses, so you can often save draws against them that way.

In fact, my mistake throughout the game was trying to play “Mackenzie chess,” trying to stir up some kind of initiative in a position where it just didn’t make sense.

This was a pretty bad mistake in time trouble. But Nakamura lets me get away with it, sort of.

which allows White to essentially “take back” his last move with

Why did Nakamura do this? Why did he pass up the chance for a quick knockout? Was he feeling generous that day?

I think that the answer is very simple. Nakamura correctly sees that White’s game is strategically lost. Furthermore, he sees a simple, low-risk plan, … Ne7 followed by … Nf5+, which White cannot stop. So instead of playing a higher-risk variation like 34. … Qb2, where he might miss some tactic, he plays a simple line that doesn’t allow White any counterplay.

A desperate move, but this time (unlike on move 34) my desperate try for counterplay is actually sound.

But Nakamura doesn’t lose his cool, realizes that he still is strategically winning, and so he just shuts down the counterplay.

Reluctantly, I concluded that trading queens was no good because Black would get a pawn majority on the queenside, while my extra pawn in the center will be meaningless after Black plays … Ne7 and … Nd5. Also, if I play 38. Qc3 Qxc3 39. bc g6 is winning for Black. Basically the knights cancel each other out — if Black’s knight stays at f5, White’s has to stay on f3 — so it is in effect a king and pawn endgame. We saw a very similar endgame in Year 23 (Harmon-Mackenzie), where I was on the winning side. Here, Black wins by bringing his king to the queenside and then playing tempo moves to shoulder White’s king back. The only question is whether White can stir up trouble with c3-c4, but the computer analysis says no: 40. Ke2 Kf7 41. Kd3 Ke7 42. c4 dc+ 43. Kxc4 Kd7 44. Kc5 (44. d5+? Ne3+) Kc7 45. d5 b6+! This move comes just in the nick of time to drive White’s king back and win the d5-pawn: 46. Kc4 Ne3+.

If Black is worried about this line (and I might be if I were Black), it’s also perfectly possible for him to play it safe. After 38. Qc3 Black can delay the exchange of queens and play 38. … Kf7, first improving the position of the king, and then trade queens later.

I decided that the best chance to save a draw was to keep queens on and keep hoping for a perpetual check, but Nakamura’s outstanding technique from here on doesn’t even allow me a glimmer of hope.

39. Qc3 is still losing, so I threw caution to the winds.

One is reminded of Dikembe Mutombo blocking a shot. “Not in my house!”

Perfectly timed! White’s king, knight, and queen are all far away on the queenside, and my queen has to hurry back to stop the passed pawn. The rest of the game is pretty easy.

I love Nakamura’s patience here. He has all the time in the world, so he spends five moves moving his king to the queenside.

If you’re wondering why Nakamura spent all that time moving his king to the queenside, one reason is that after 60. Kd3 Nxg5 61. Ke3 Ne4 62. Kf4 Nd2 it is the queenside pawns, not the kingside pawns, that will decide the game, and Black’s king is perfectly positioned to help them march.

A very patient, methodical game by the future U.S. champion. Yes, it was my fault that I played the bad moves 20. g4 and 32. g5, but he did an excellent job of taking what I gave him and converting it to a win.