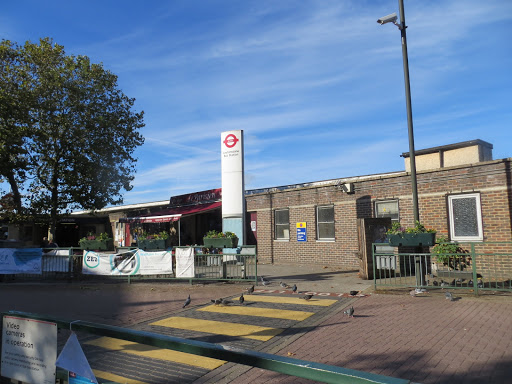 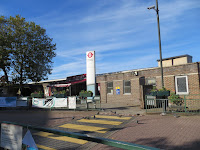 The rules of the project prevented us from catching the 5 from Canning Town (so convenient!) to Romford, so we needed the 66 to convey us towards the start of today's key bus. And that meant Leytonstone Bus Station
We had hardly any time to wait, and set off at 10.45, slightly puzzled by a building called Seascape House. It made me think that it might be possible if it wasn't for the houses in between, but it wouldn't....  Though we were to cross and recross the A12 and other big roads which might lead to the sea. 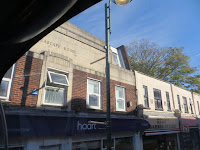 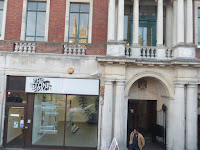 We did pass the Stone Space, which is, in fact, the Public Library, as well as our usual share of interesting shop names. The Birds having what I took to be a woodpecker for an 'i'. 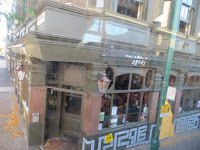 Some parts of Leytonstone were single track for cars, with wide pavements and cycle lanes, but this did not last, and we were soon along wider and scarier roads as we headed into Wanstead, already advertising its Pumpkin Fest.

Indeed, after Wanstead Station, we were on the A 12 for a while, and headed under the M 25.  This is an area where the motor car is king 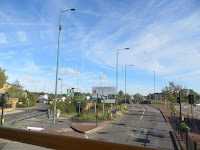 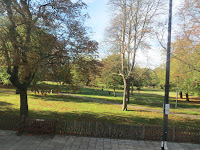 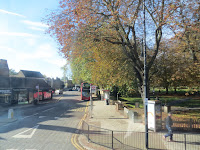 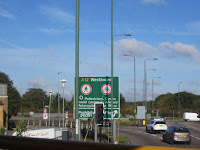 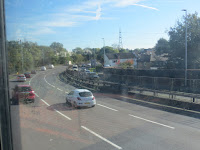 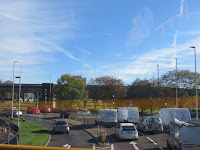 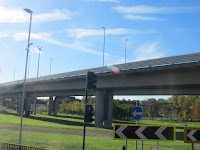 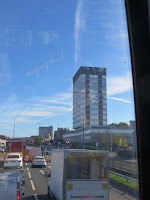 As we came to Gants Hill, we saw as much 'new build' as we have in the other corners we have visited, and we also passed the Immaculate Health Care Services Offices, a name we thought with rather a religious tinge to it. 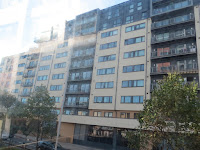 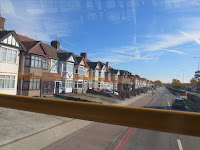 But there were also rows of bow fronted homes, almost all with hardened front gardens, which we thought sad but inevitable, along this unforgiving road: there were two or three cars per house, so safe parking was more important than water retaining flower beds. 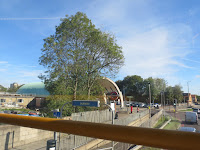 At Newbury Park Station we turned under the concrete curved roof of the bus station, before heading on, into Havering Borough and past more hardened front gardens 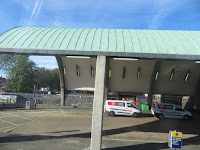 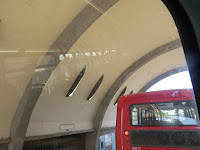 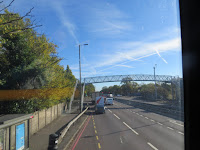 We noted that the ash trees are beginning to turn yellow: until now it has mostly been horse chestnuts which have shown autumn colour, or rather the disease which turns their leaves russet ahead of time.

We came to the out of town shops: Dunelm, Argos, Currys, which signal the entry to Romford, but then we paused for a while to regulate our arrival time. 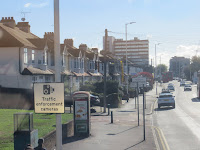 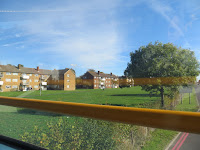 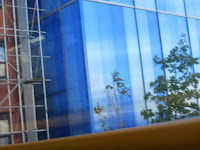 We came past the spot where the Number 5s lurk, and hoped that we should be able to find our way back painlessly, before passing the town hall and wriggling through Romford's back street, to reach the station, where this service terminates.  It had taken 50 minutes to complete this east London journey, enhanced by blue skies and a feeling that much had changed since last time.
Will all the new homes that we have seen being built really be inhabited? How full the buses will be when they are.
Source: londonbusesonebusatatime