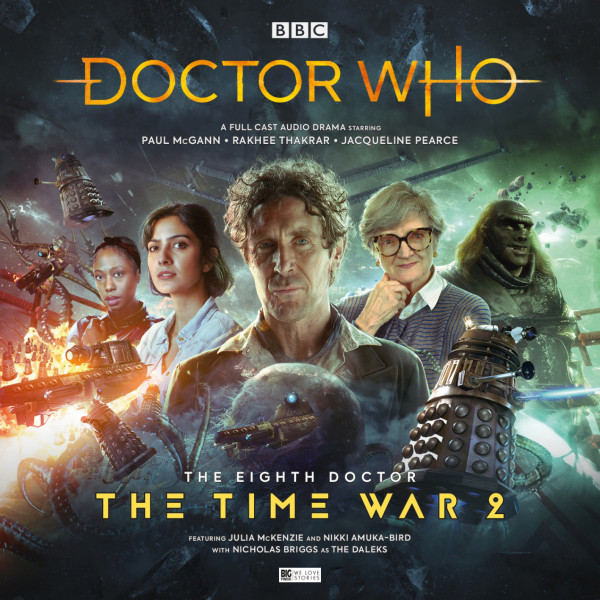 Audio Now my summer holidays have begun, it's time to sit back for a while, relax and catch up on all of the things I haven't quiet had time for, so here we are with a release from last year. As with the first boxset, this is absolutely superb and certainly more consistent than Ravenous, which is odd considering how much of the creative team is shared between the two. Perhaps it's because there's a clear direction and sandpit which creates its own restrictions and gives the Doctor situationally something to fight against and test his moral courage. There's a strong narrative line throughout about how close to being a "warrior" he's prepared to go and at what point he stops being the Doctor.  Are Big Finish planning to dovetail this directly into the regeneration episode?  Spoilers ahead (as usual). 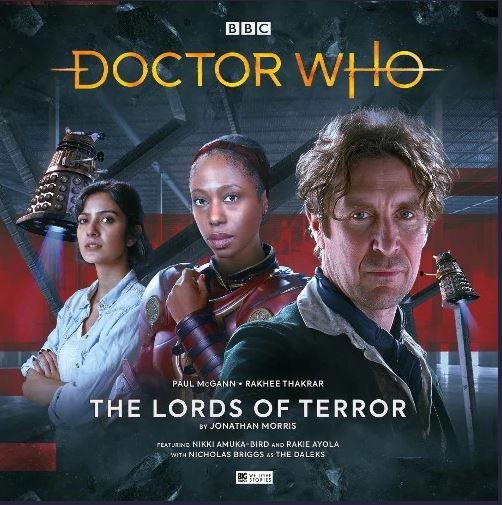 The Lords of Terror

Trust Jonathan Morris. Trust him when he opens an episode with an incredibly generic YA set-up because there will always be a twist coming and it's always but always a good one. Here we have another example of just how bent the Time Lord moral compass has become during the Time War, why they're hated almost as much as the Daleks. The notion of shaping the development of a planet to suit the means of an antagonist goes right back to City of Death, but there's something rather more vicious about it being at the expense of an existing history, on this occasion Bliss's homeworld.  Morris's script propels forward at a lick with revelation upon revelation aided by some witty performances, notably from Nikki Amuka-Bird as the new Tamasan in her third role around the Whoniverse. 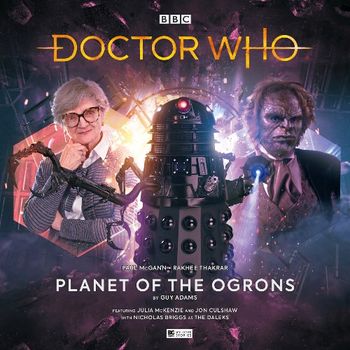 Brilliant, just brilliant.  Only in Doctor Who might you find Julia McKenzie playing a psychopathic killer and have one of its silliest alien creations as a parody of its antagonist.  The Island of Doctor Moreau has already been adapted by Big Finish, but here's a franchise spin with a Dalek experimenting on splicing alien DNA resulting in the Ogron Doctor on the cover, perfectly turned out by John Culshaw who knows exactly how to play his way through the many catchphrases and references put in his mouth.  Even though it's just Eighth's DNA which has been spliced with the inhabitant of the planet, he remembers some of the iconic lines from the revival which suggests that on a subconscious level the Doctor's aware of his future selves even if he can't tap into their memories or sense of being. 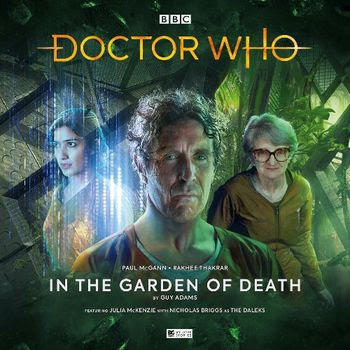 In The Garden of Death

... the Eighth Doctor has amnesia again.  Often has this been now?  The TARDIS Datacore suggests that it's about five, but it feels much more than that, perhaps because his misplaced backstory in the novels lasted for so long.  At least in this story, everyone has been forced to forgot everything.  In the past I've been a bit sniffy about the previous incarnations of the Twelfth, but Julia McKenzie makes real sense of the role, partly because she's initially given time to establish her own incarnation, essentially Miss Marple in space, before the earlier versions intrude and we enjoy yet more interpretations of those earlier incarnations, fortunately signposted better in the dialogue.  How do you remove the memories of a being who's basically immortal and remembers everything about their past lives all the time?  Where do you even begin? 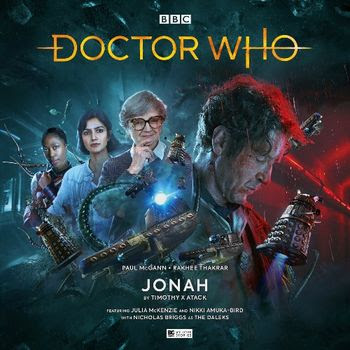 Doctor Who does submarine adventure, but instead of turning up on a ship to fight off an alien invader once he's convinced the Captain that such things exist, he is the ranking officer thrust into the uncomfortable life and death decisions himself amongst a crew who need to be ordered to sacrifice their lives for religious reasons.  Timothy X Atack's script is stuffed with the usual tropes, but also rich in character with the Doctor, perhaps more than than lately actually, regaining much of his agency, motivating events rather than simply providing commentary as they unfold around him and trying to discover an escape method.  McGann's at the top of his game here, deciding that his Eighth Doctor would navigate the Time War by returning to first principles, regaining some of the lightness of his performance from nearly two decades ago.  More please.