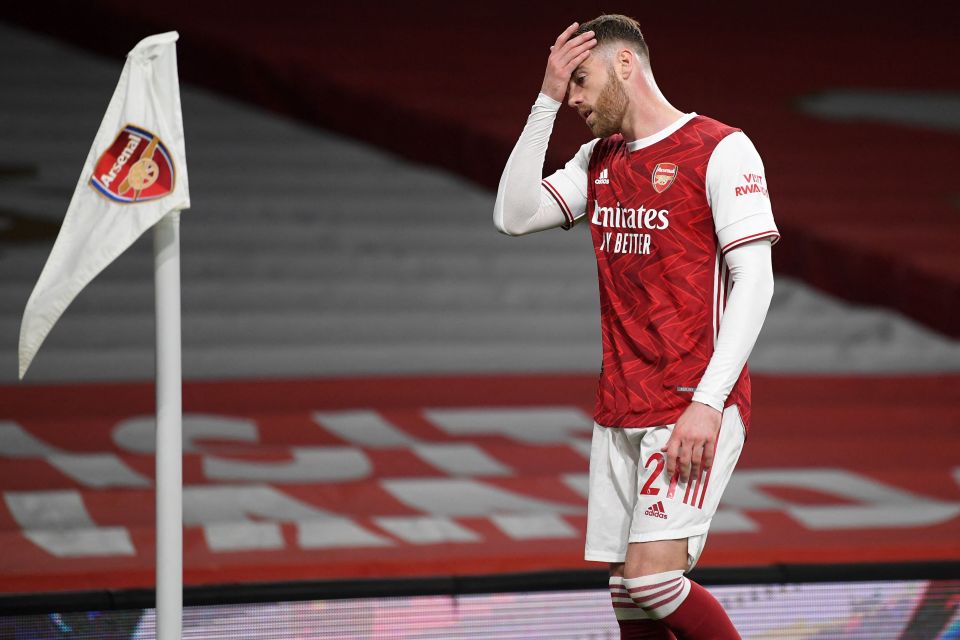 No matter how you measure it, this seems like one of Arsenal’s worst seasons in living memory and the stats prove it.

Finishing in the top four is always the target for the Gunners but their hopes are as good as over as they find themselves 12 points behind fourth-placed Chelsea.

But not only is it shaping up to be a bad season in its own right, it’s proving to be one of the worst seasons Arsenal have had since the Premier League started.

Below you can see where this season so far ranks among Arsenal‘s worst seasons since 1992/93 at the same stage.

Arsenal have also experienced the same number of defeats (13) at the same stage as the 1994/95 season, which saw them finish 12th in the table. They are currently tenth in the top flight.

The north London side face a resurgent Newcastle on Sunday but the league may take a back seat as they’re still in the Europa League.

But their status in Europe hangs by a thread as they suffered a 2-1 defeat at Villarreal in the first leg of their semi-final tie.

The result puts more pressure on Mikel Arteta, with one Arsenal fan calling for the club to sack him and bring back Arsene Wenger.

Arteta came under fire for his team selection in Spain as no recognised striker was selected in the starting XI, with Pierre-Emerick Aubameyang, Eddie Nketiah and Gabriel Martinelli all on the bench.

Even former Arsenal player Perry Groves believes the time has come for Arteta to ditch the false nine system.

“At half time I was praying for Martinelli or Nketiah to come on, Aubameyang probably isn’t fully fit, we need a centre forward and it wasn’t changed. You’ve got to be seeing what I’m seeing here.”