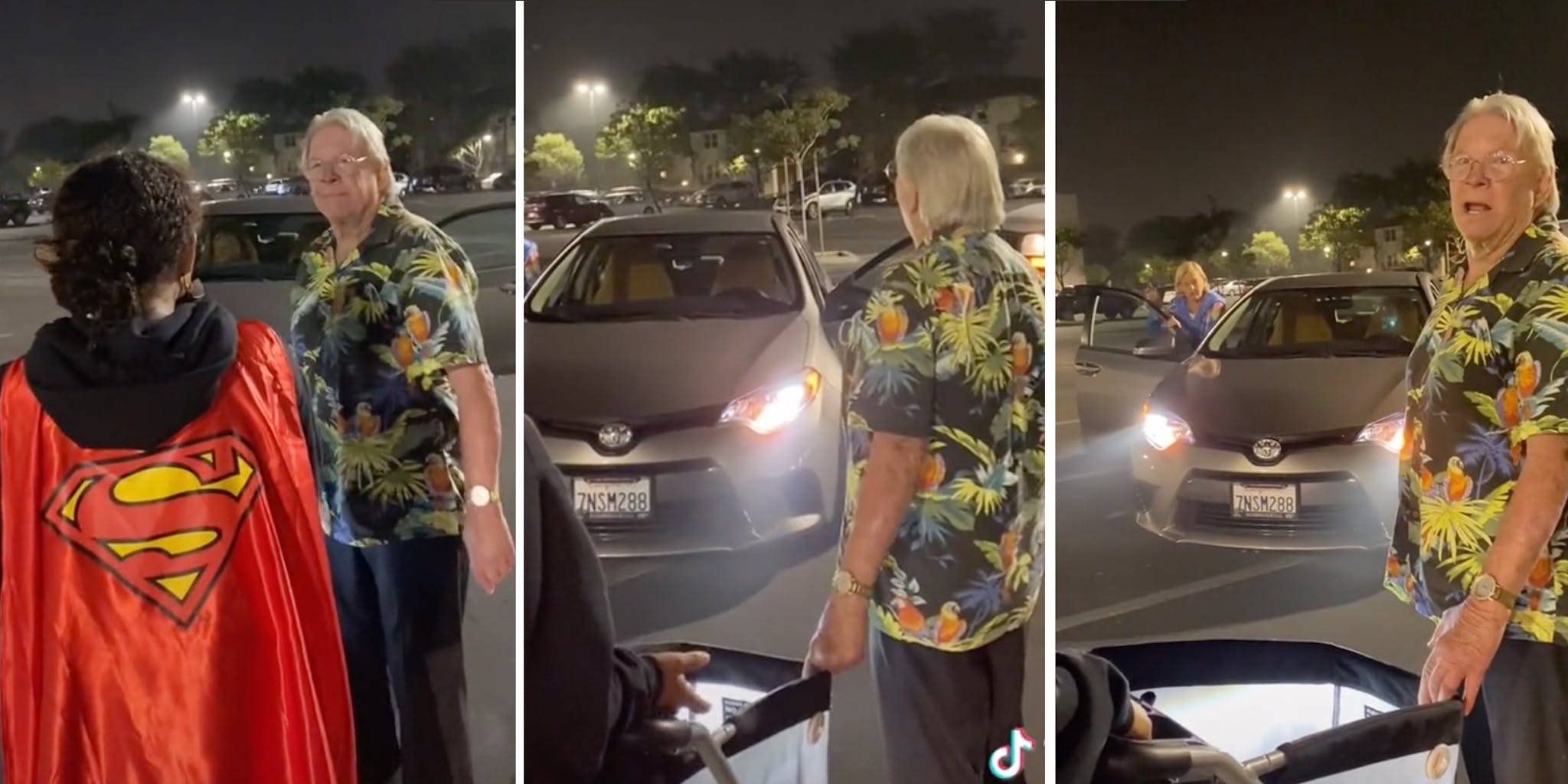 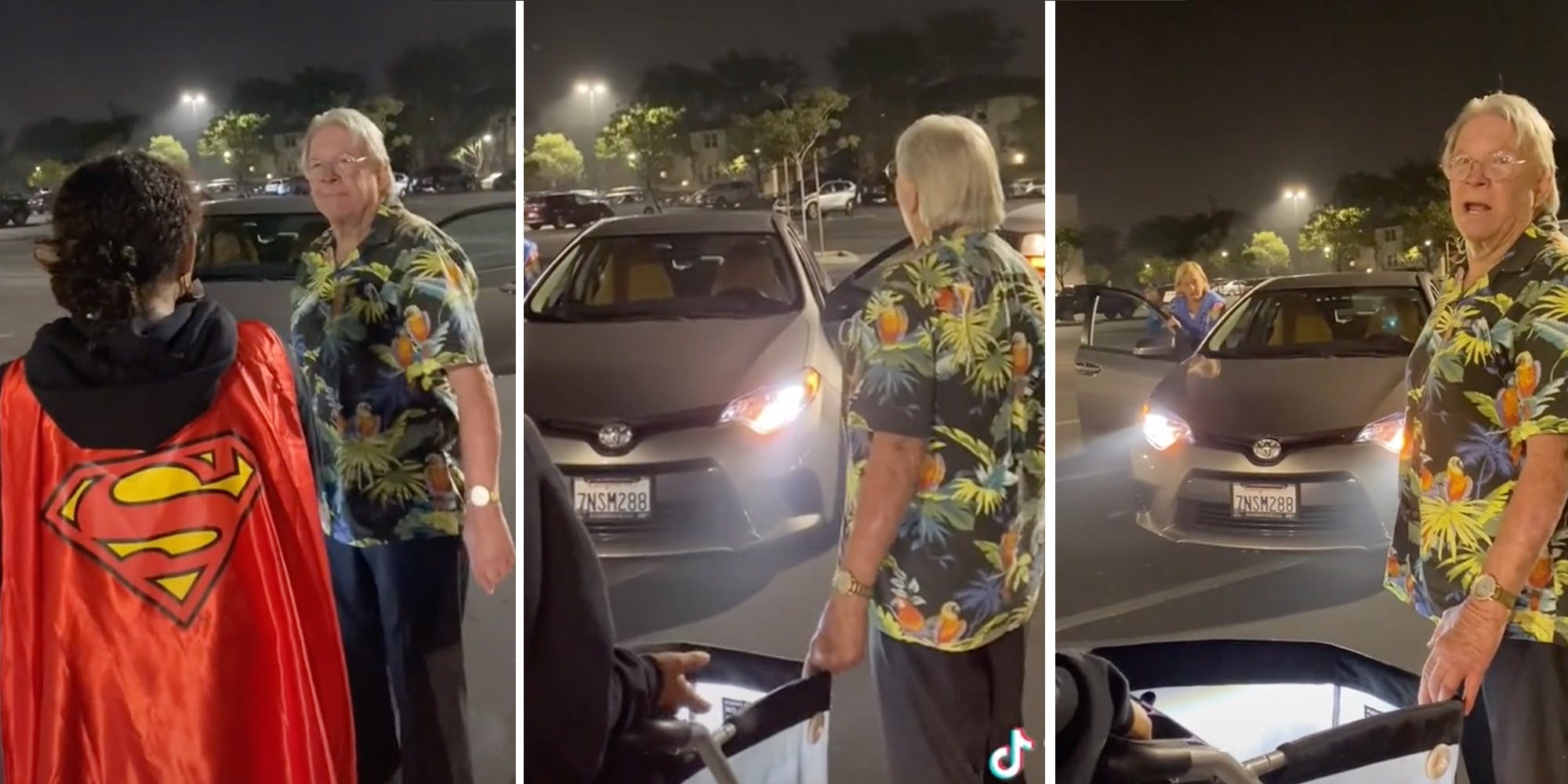 A group of teenagers who say they were just messing around in a nearly-empty section of a parking lot wound up having to deal with a man who seemed desperate to play the role of “fun police.”

In a viral TikTok, Lauren (@laurenn.renee) says that she and her sister, along with a friend, went out at night to grab some boba tea near Kohl’s where they live.

“My sister just saw a shopping cart, and she had her Superman cape on, so she was just trying to be funny and ride down the little hill that the parking lot had,” the TikToker explained.

When they were done with the brief interlude and about to take the cart back to where they found it, she said an older man and his wife pulled up in their car and started threatening the teenagers, claiming that they were stealing.

In the video itself, the man is trying to pull the cart away from Lauren’s sister, warning that the police are right behind him. Lauren says he also claimed to be with the Whittier Police Department before she began recording.

“She just said that she’ll walk [the cart] back,” Lauren tells the man. “What is your problem?”

He then decided to escalate the situation, the video shows, by asking his wife to call the police: “We’re going to arrest some people here.”

Fortunately, a man in a van pulls up and tells the couple to leave the teens alone. According to Lauren, he chatted with the man for a few minutes and then the couple simply got in their car and drove away.

Viewers largely took the side of the teens, appalled that the man threatened to call the police on kids who didn’t seem to be bothering anyone.

“Why do old white men think they are police officers?” asked @msgworl_.

“‘Officer: there’s teenagers playing with a cart in the parking lot. Come arrest them. They laughed at me,’” @chelseybanker snarked.

“He threatened the young ladies but bows down to the man,” another viewer observed. “Does not say one thing to the man. I absolutely can’t stand people like him.”

And @deidarashandtongue pretty much summed it all up: “Y’all were literally just kids being kids.”

The Daily Dot has reached out to @laurenn.renee for comment.