You Can Help This Ah Ma From Klang By Purchasing CNY Snacks & Cookies From Her!

As Chinese New Year is about 2 weeks away, people have started to stock up on new clothes and snacks to welcome the festive season!

While some of us are preparing to celebrate the festive season, some are also trying to earn some extra money for the family. Recently, a Facebook user, Francis shared on his account to spread the word about an elderly aunty who sells snacks and cookies in Bandar Botanic, Klang.

Just in time for the upcoming CNY celebration! 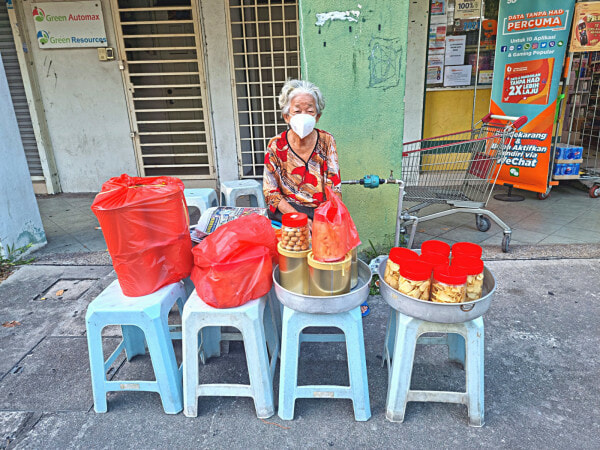 Francis stated that the Ah Ma is often seen sitting alone around 5pm-7pm and she can be spotted just in front of 99 Speedmart, which is located in Jalan Jasmin 1, Bandar Botanic, Klang. He decided to help a little by purchasing 3 containers from the Ah Ma, which put a smile on her face.

He immediately started a fund to help raise some money so that Ah Ma can return home with extra money. However, he has since stopped receiving donations as the fund was closed on the evening of 23 January (Sunday). According to another post, throughout the fund, he had managed to raise RM1,900, before personally adding some amount to round the number up.

He also mentioned the surnames of the contributors on his post for transparency purposes. As of yesterday, the post gained more than 1,000 shares and people in Klang have started to purchase snacks and cookies from Ah Ma!

Speaking to WORLD OF BUZZ, Francis explained that he closed the fund as he wanted to avoid any grey areas and misunderstandings, such as using the Ah Ma to collect funds for his personal gain.

“There’s always a deadline for all kinds of donation that I raise in order to avoid grey areas,” he explained.

Meanwhile, he also said that he wanted to remind the people to not simply donate to anyone and there’s always a limit when it comes to receiving donations as there have been multiple cases of fake donation funds.

To the people who are staying in Klang Valley, especially in the Klang area, do show some support by purchasing some snacks from the Ah Ma! It might just make her day!

Also read: M’sian Shocked To Be Charged Only RM2 By Elderly Cobbler In KL Who Fixed His Girlfriend’s High Heels 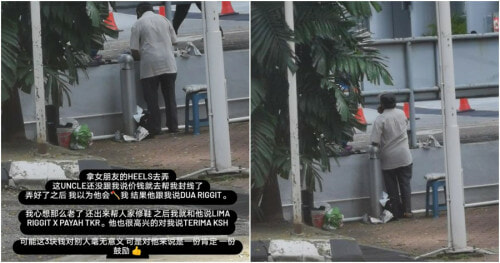 You Can Help This Ah Ma From Klang By Purchasing CNY Snacks & Cookies From Her!