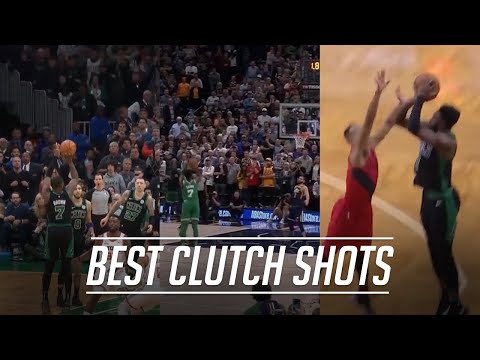 Would you trade Jaylen Brown for Ben Simmons.

If Simmons had played point guard in the fast-breaking ’80s, he’d probably have been all-NBA. The man is a top defender and clever passer who can get to the rim on anybody. But in the three-point madness of 2021, his inability to shoot from anywhere but the paint negates all of his positive qualities.

Worse than that, Simmons is regressing. He can’t make free throws anymore (25 of 73, a pitiful 34.2% in the playoffs), so he was basically unplayable in crunch time. He’s so shook that he even turned down a wide open dunk late in Philly’s Game 7 loss to Atlanta.

All this is why he’s reported to be on the market. Why would the Celtics ever help Philly solve that problem?

And why would they give the Sixers an ever-improving young replacement for Simmons? Jaylen’s star is rising – he averaged nearly 25 points this season, almost double his figure of two seasons ago. Coach Ime Udoka called him one of the team’s “pillars.” Nevertheless, his name comes up in all the rumors.

Jaylen will be 25 years old in two weeks, is under a team-friendly contract, and is pretty damn clutch.

But if Jaylen was to be traded, who would be worth it? One of these guys, probably.

Obviously, dealing a player of Brown’s caliber would mean the C’s were made an offer they simply couldn’t refuse. Sports Illustrated’s Chris Mannix has two players in mind who Boston would have to consider trading the 24-year-old for.

“There are a couple of players out there that I think the Celtics would move for Jaylen Brown,” Mannix said Thursday on Early Edition. “One would be Bradley Beal, who has to make a decision of his own the next couple weeks if he wants to sign that extension with Washington. If he doesn’t, that’s tantamount to a trade request and he can become available. And we all know at this point about the relationship between Bradley Beal and Jayson Tatum.

“The other is Damian Lillard. It’s still very much up in the air, Lillard’s future in Portland. If in the coming weeks the Blazers decide that they have to trade Damian Lillard, I think Boston would be in a pretty good position to make a strong offer that would have to include Jaylen Brown. So, you don’t just move him to shake things up, but if one of those two players becomes available I think you have to look long and hard about trading Jaylen Brown.”

Which one? Between the two, not Dame. Tremendous talent, averaging 24.7 PPG for his career on 52.0% effective shooting, but Lillard is about to turn 31. He’s signed for four more seasons, with a salary of $43.75 million this coming season and rising to $54.25 million by the final year.

Beal is the choice. He just turned 28, his current contract runs two more years (the second being a player option), and his salary for those two years totals about $72 million. His career effective shooting percentage is 52.1%, and he’s finished second in the league in scoring the past two years at 30.5 and 31.3 points per game. Playing with his buddy Tatum would likely ensure that Beal stays long-term.

So if Brad Stevens wants to go bold and shake up the team, Beal would be the best return possible. However, if Brad keeps Jaylen and Tatum together, they are primed for another big year, making Boston a serious threat against anybody.

We see what the Suns are doing this year – a complete turnaround, from lottery team to the Finals. Why not the Celtics?

On Page 2: Using his time productively

“One thing Jayson really enjoyed when he was with USA Basketball the last time was being able to compete against all the guys in practice, and play one-on-one against the guys to push himself, scrimmage with the guys, and being able to pick the brains of some of the best basketball players in the world.” […]

“The (main) thing is just giving him things to do while he’s away on his own with USA Basketball, so he can prepare for next season as a Celtic. USA is going over there to win a gold medal and represent the U.S., but we don’t want to lose five, six weeks of our offseason training. Just so we can develop a little routine for him to work on things for next year, when he’s in a Celtics journey.”

The speaker in those quotes above is Tatum’s longtime workout coach, Drew Hanlen. While Tatum should absolutely take time to enjoy his first Olympics experience, it’s also good to know he’ll be focused on his day job with the Celtics.

A point of emphasis in Tatum’s development is drawing fouls. It’s evident that free throws are the key to JT becoming a perennial all-NBA selection.

Beyond this elevated osmosis, though, Tatum will also arrive with the usual self-improvement plan.

And heading into his first season under new Celtics coach Ime Udoka, the 23-year-old all-star wants to take his biggest step yet, with the idea of multiplying his trips to the line high on the list.

He averaged a career-high 5.4 free-throw attempts last season, but ramped that number up to 9.8 over five playoff games. He shot 13-for-15 from the line during a 50-point Game 3 performance, and came back with a 40-pointer with 17-for-17 free-throw shooting in Game 4.

Tatum chose the Tokyo Olympics over rest this summer, but maybe he doesn’t need an entire summer off. He played a career-low 64 games this past season and then just five playoff games as the Cs suffered their earliest elimination in years. Moreover, JT’s new Celtics coach will be an assistant coach for Team USA. It’s safe to say Udoka will make sure his young star is watched over carefully.

The US men’s schedule begins with exhibition games starting July 10. They open Olympic play vs. France on Sunday, July 25, at 8 a.m. Eastern time. The gold medal game will be played on Friday, August 6, beginning at 10:30 p.m. Eastern.

Celtics head coach Ime Udoka’s coaching staff is beginning to take shape. A league source confirmed Friday that longtime Spurs assistant Will Hardy will be hired as one of Boston’s top assistants

Also, longtime Celtics assistant coaches Jamie Young and Jay Larranaga told the Globe that their contracts were not renewed and that they will not return.

But a league source said that assistant coach Joe Mazzulla is expected to be retained by Udoka.

ESPN reported last week that Pacific coach and former NBA standout Damon Stoudamire, a longtime friend and former teammate of Udoka’s, was being targeted for another assistant post. A league source said Friday that nothing had been finalized with Stoudamire, however.

Although we’re sorry to see some of the coaching fixtures depart, it’s no secret that the Celts have needed to bring in some coaches with NBA playing experience. They have one now in their head coach, but a couple more would be beneficial. And it’s not a bad idea to raid Gregg Popovich’s staff. The Spurs are the NBA’s gold standard for organizational excellence.

Hardy has the expertise and self-awareness to step into a prominent position. There have been plenty of different personalities to emerge from San Antonio’s ranks, but they are all known for understanding their role in supporting the players and the organization. Hardy has apparently learned the hard way to embrace that mindset.

The Athletic: Can Will Hardy help Celtics coach Ime Udoka bring the Spurs culture to Boston?

MassLive: Looking at Celtics’ Brad Stevens’ next potential moves in offseason as Boston looks to transform roster  |  Should Celtics have waited on Kemba Walker trade market? Lakers, Clippers could be suitors