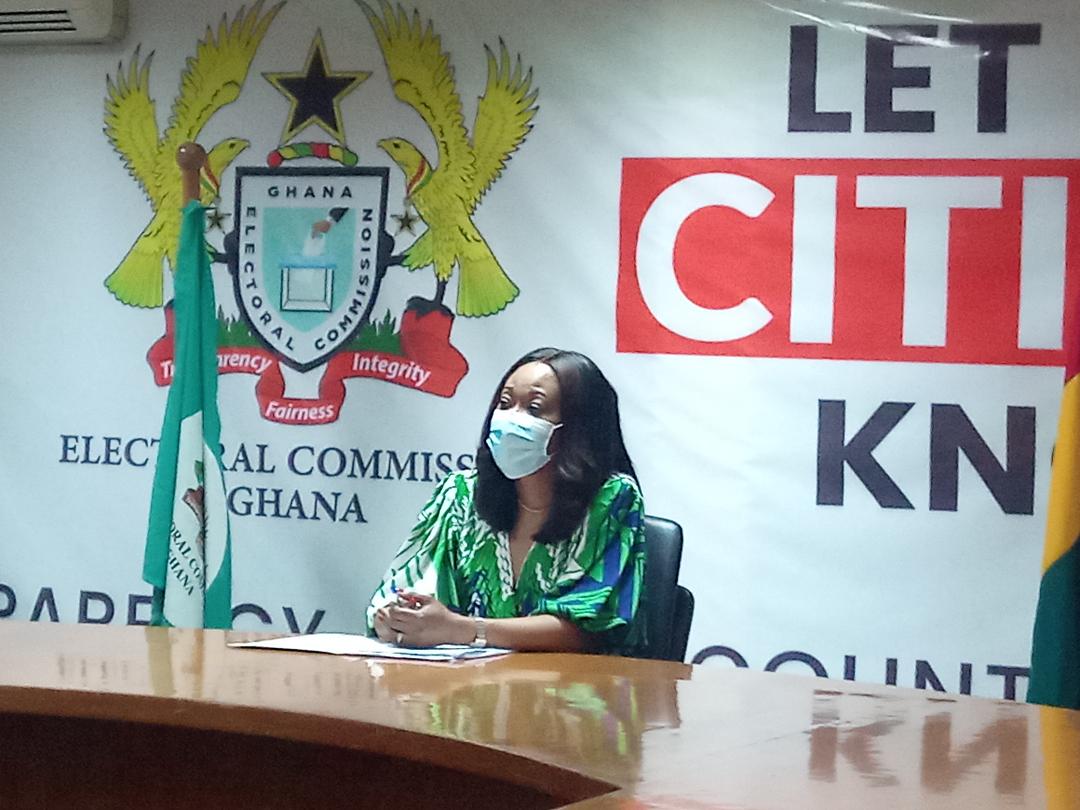 Manual verification will be allowed at December polls – EC

Mrs Jean Mensa, Chairperson of the Electoral Commission (EC) says the Commission will allow manual verification of voters at the December polls.

She said the decision was to ensure that no voter was disenfranchised as provided for in Constitutional Instrument 127.

Mrs Mensa was responding to a question by Mr Haruna Iddrisu, the Minority Leader in Parliament, during a briefing by the Commissioner on the preparedness of the Commission for the Presidential and Parliamentary elections.

Mrs Mensa said, “We are not expecting many manual verifications though…”

She said as part of efforts to reduce manual verification, the Commission’s new biometric verification kits had both fingerprint and facial verification elements but voters who were unable to go through the biometric system would be verified manually.

The EC Boss said election results would be transmitted manually, explaining that the Commission would set up fax and email systems to receive results from the regions.

She said all political parties had been given soft copies of the voters‘ register, multiple and proxy lists to ensure transparency.

“As we speak, the distribution of these items to our regions and districts is well underway. I can confirm that as a result of the thorough planning and distribution mechanisms employed, we are about 95 per cent done with the distribution of election materials to our various locations across the country. What we are yet to deliver are the ballots and registers,”.

Mrs Mensa said the Commission had procured 74,800 brand new biometric verification devices and were being prepared for the election.

She said the Commission had prepared a new Biometric Voters’ Register with a total voter population of 17,029,971.

“We are confident in the credibility and integrity of the 2020 Voters Register and are pleased with the collaboration and cooperation of the citizenry at all levels particularly at the district level, as well as the magistrates, to ensure that only eligible Ghanaians participated in the process,” Mrs Mensa said.

She noted that 32,621 persons had been placed on the multiples and the exceptions list with 18, 619 persons engaged in multiple registration, 14, 002 engaging in various illegal practices including under aged voting and voting by non-Ghanaians.

Mrs Mensa said the Commission had employed close to 233,632 temporary officials made up of Returning Officers and their Deputies, Presiding Officers, Verification Officers, Name Reference Officers as well as a COVID-19 Ambassadors for the December 2020 Elections.

She said a comprehensive training programme had been drawn for each category of officials to enable them to perform excellently on Election Day.

She stated that the Commission was in constant engagement with security agencies under the auspices of the National Security Task Force and had provided them with relevant information to assist in carrying out their duties on Election Day.

Manual verification will be allowed at December polls – EC