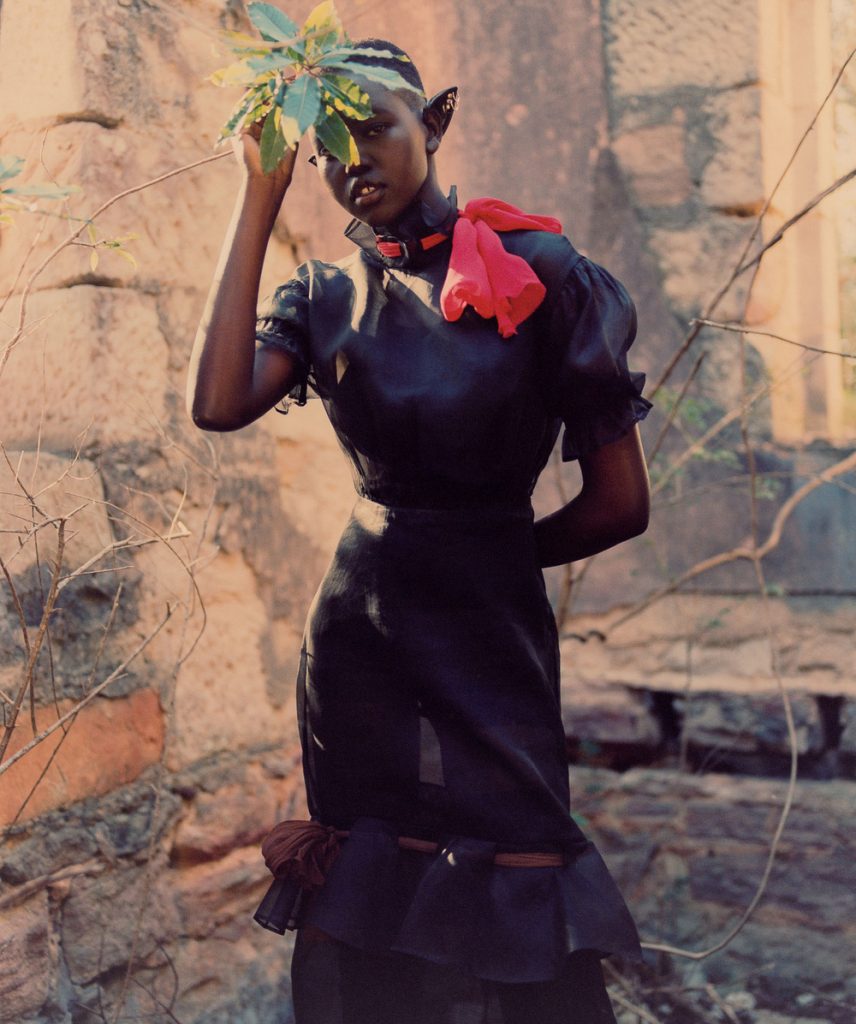 One can’t deny the comments of Vogue Australia’s editor-in-chief Edwina McCann that the gowns are “whimsical” and a high-fashion “fairytale”. And it’s easy to portray Adut Akech’s rise from refugee status to model stardom as yet another “fairytale”.

AOC is the last fashion website to talk pure pc, as it’s maddening to see the slight offences that can get one in terrible trouble these days. But talking of fairytale lives for the breakout girl of color is not what the worlds’ women need — not black-skin women, brown-skin women, yellow or red skin or white-skin women. 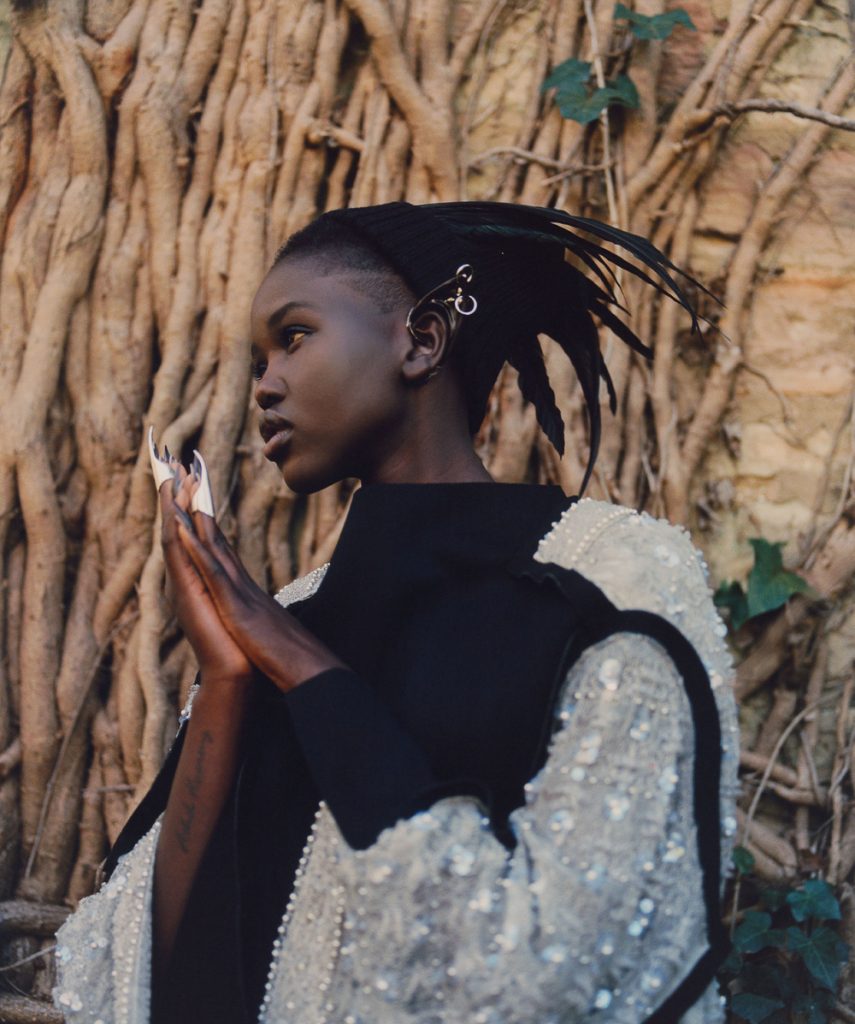 Considering the reality that Australia’s Who magazine identified her as Flavia Lazarus last week, prompting Adut to let it rip in Instagram, writes Buzzfeed, —because we know that all black girls look alike —writes Adut,, AOC proposes leaving the fairytale aspirations on the bookshelf where they belong. Unread. Bravo to Adut for telling truth to power and behaving like a character out of ‘Black Panther’.

"Not only do I personally feel insulted and disrespected, but I feel like my entire race has been disrespected, too," the South Sudanese-Australian model said on Instagram. 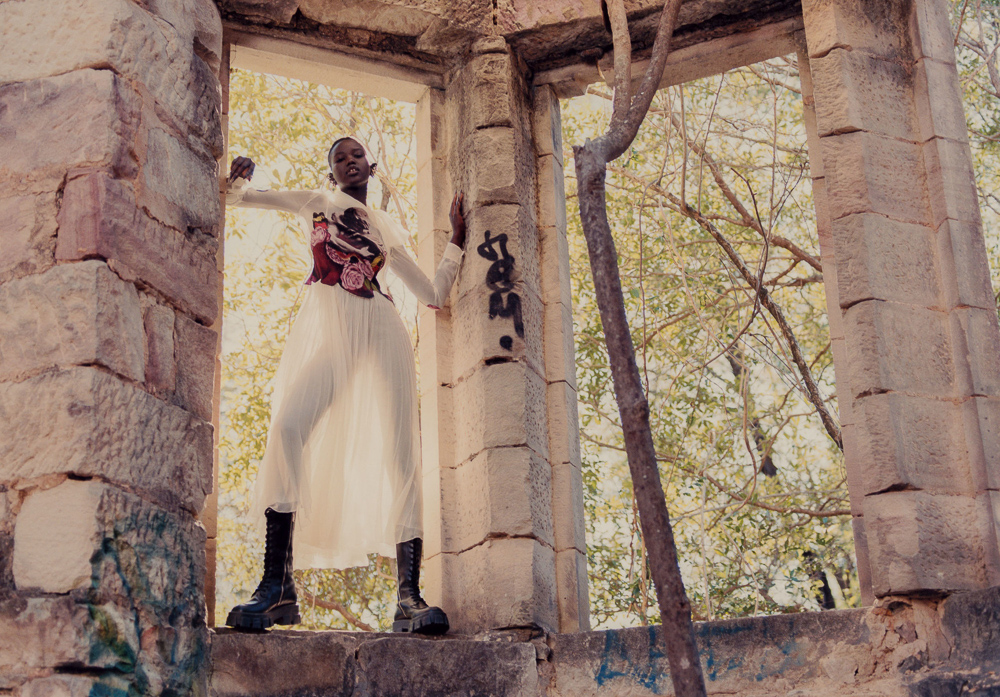 When we look at Adut Akech’s magnificent images lensed by Andrew Nuding, AOC sees a warrior queen — a woman whose lineage can be traced back to South Sudan’s centrality in the cradle of humanity, the moment when humans first stood upright and walked out of Africa. Adut is not an ‘other’. She is one of ‘us’.

Adut’s blood is our blood. Her DNA IS OUR DNA. 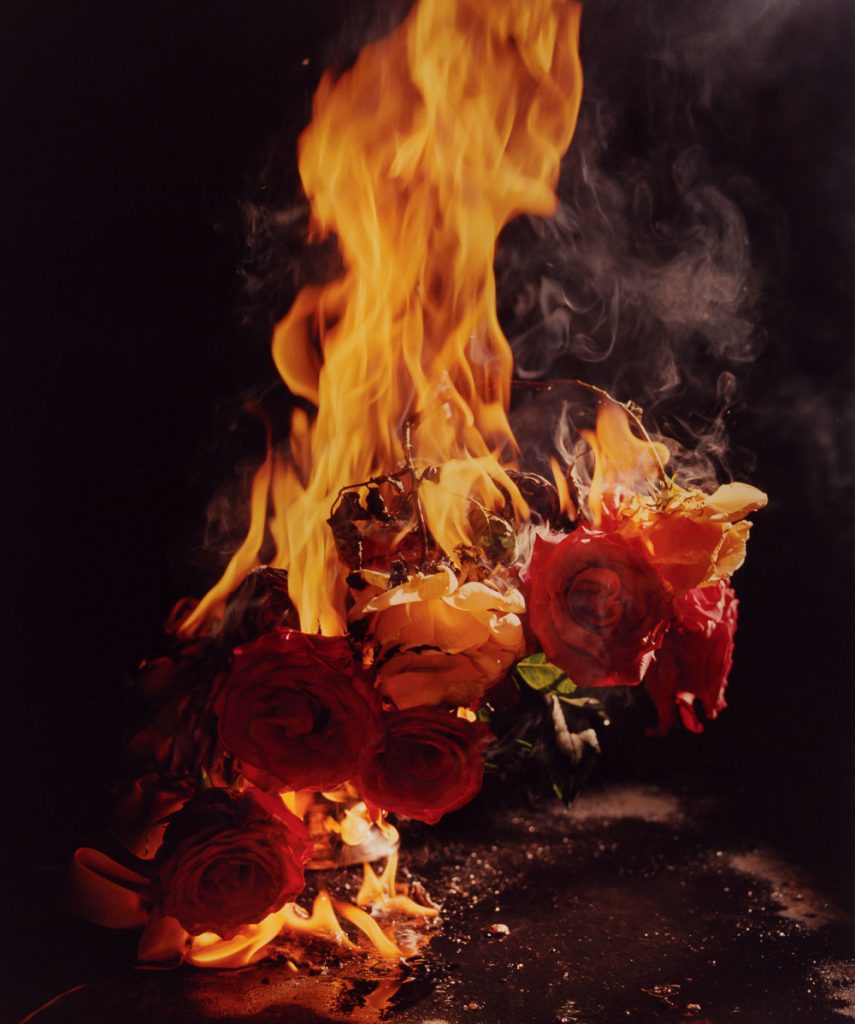 In a fashion editorial with a pile of roses burning — reminding us of tens of thousands of women of every color burned at the stake for sorcery in America and Europe — perhaps we’re moving beyond fairy tales and into a global reality check. AOC aspires to reach this place, rather than turning back under the forces of white nationalism and religious fundamentalism.

After all, just last week a Catholic school in Nashville, Tenn. removed all its Harry Potter books after consulting with Vatican exorcists.

On August 28, Rev. Dan Reehil, the pastor of St. Edward Catholic School, sent an e-mail to school staff explaining his reasoning for removing the books from the school's library.

"These books present magic as both good and evil, which is not true," his letter reads. "The curses and spells used in the books are actual curses and spells; which when read by a human being risk conjuring evil spirits into the presence of the person reading the texts." 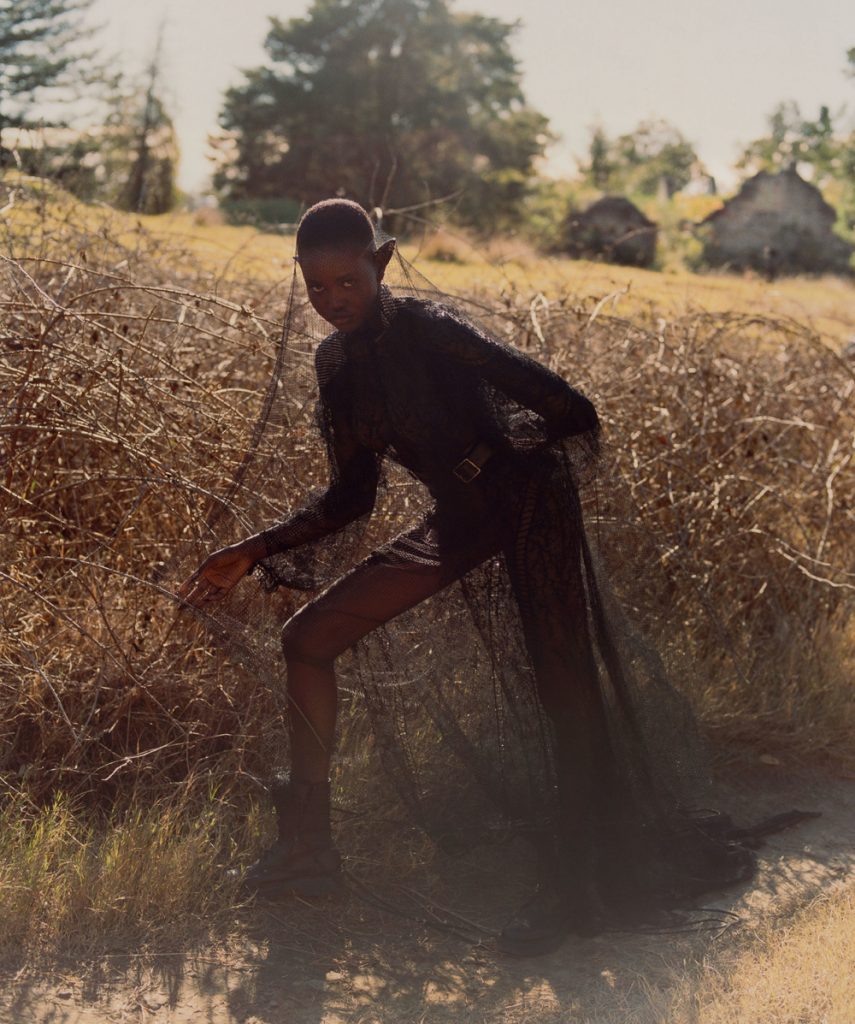 Adut’s magnificent editorial in Vogue Australia’s September 2019 issue shows us another way home to our roots and our power as women. We should all wake up and listen closely to these fresh, previously unheard voices like Adut’s in the fashion industry. They hold a torch loftier than the Statue of Liberty’s — and we all know the assault she’s under right now. So lead on, Adut — and I, for one, will follow. ~ Anne

PS: You gotta take Lupita, Adut ,cuz she let it rip before you did. And then Naomi will have a regal fit and remind us all of the time . . . You ladies will have to work out all that hierarchy and ancient history stuff. But for goddess sake, LEAD ON! There’s only one promised land I believe in, and you ladies are at the front of the parade. Goddess knows, my crowd didn’t deliver justice, redemption and equality. So now it’s your turn. 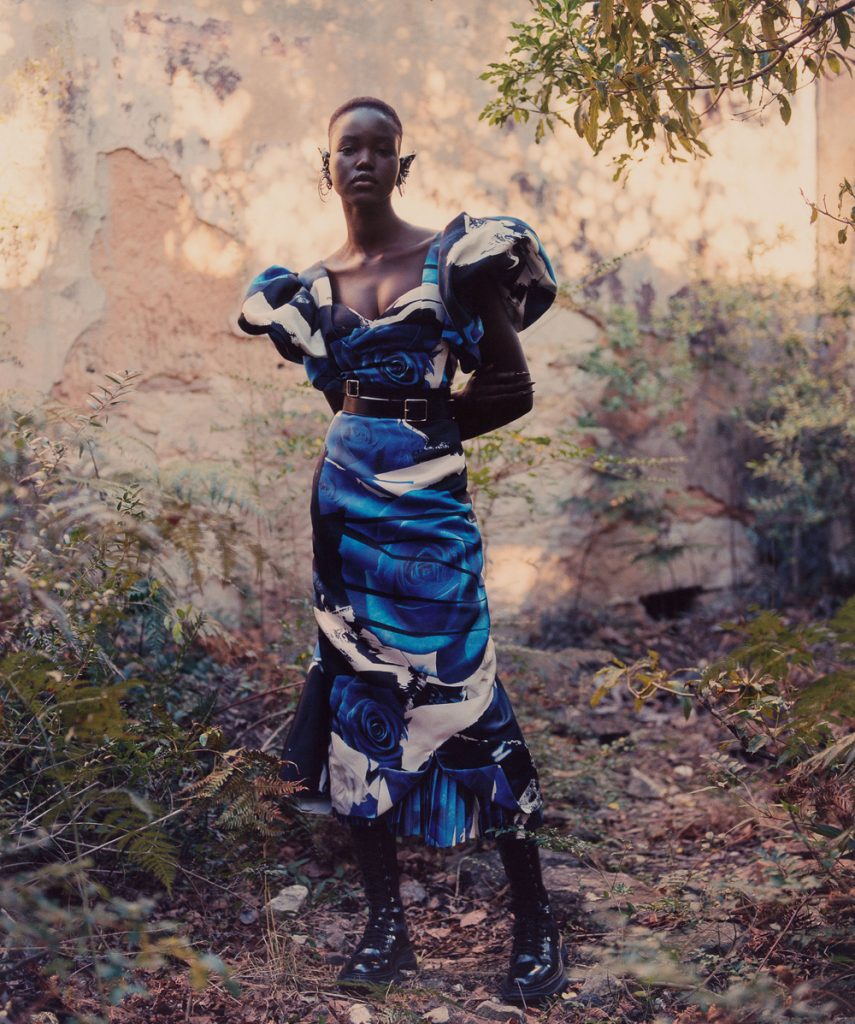 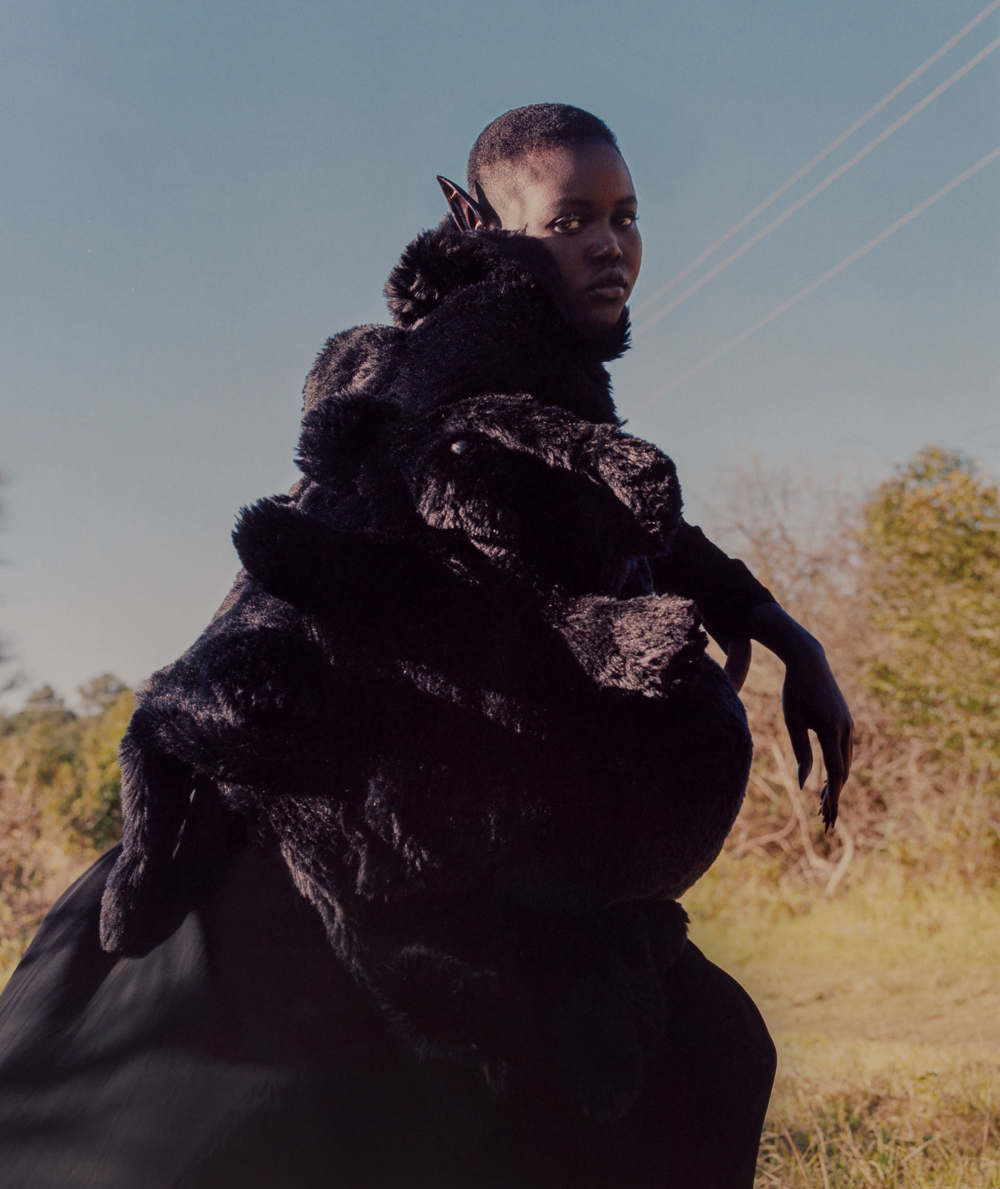 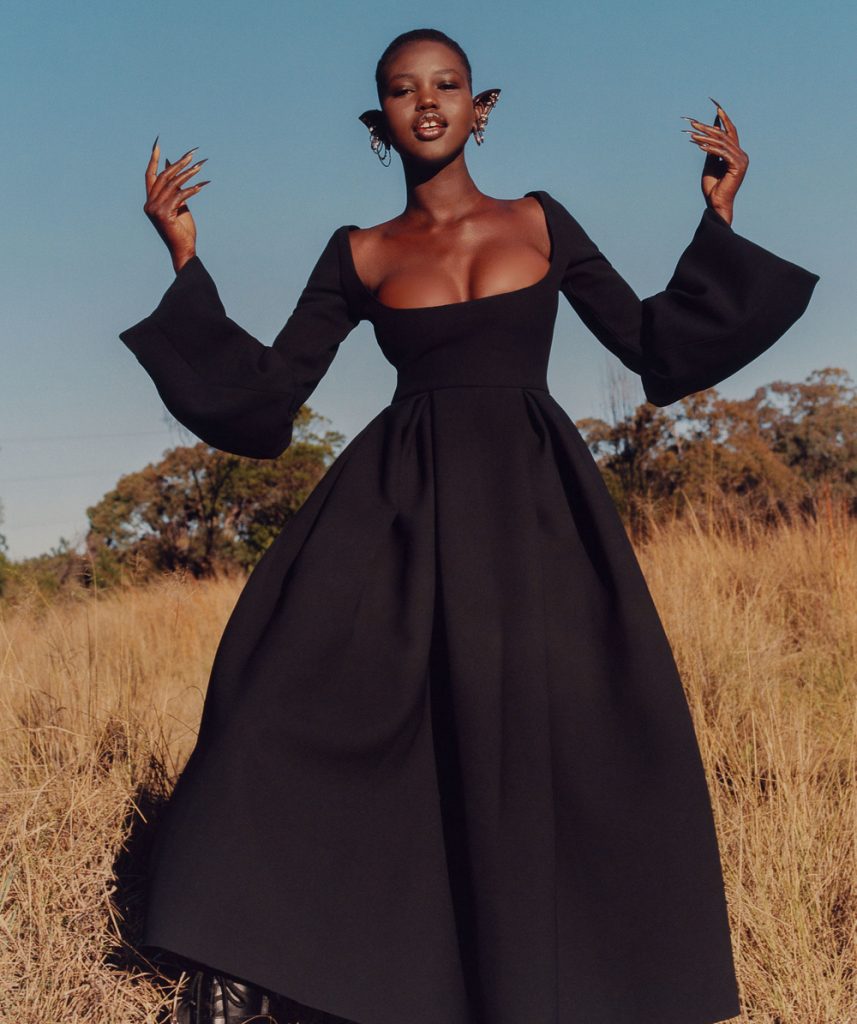 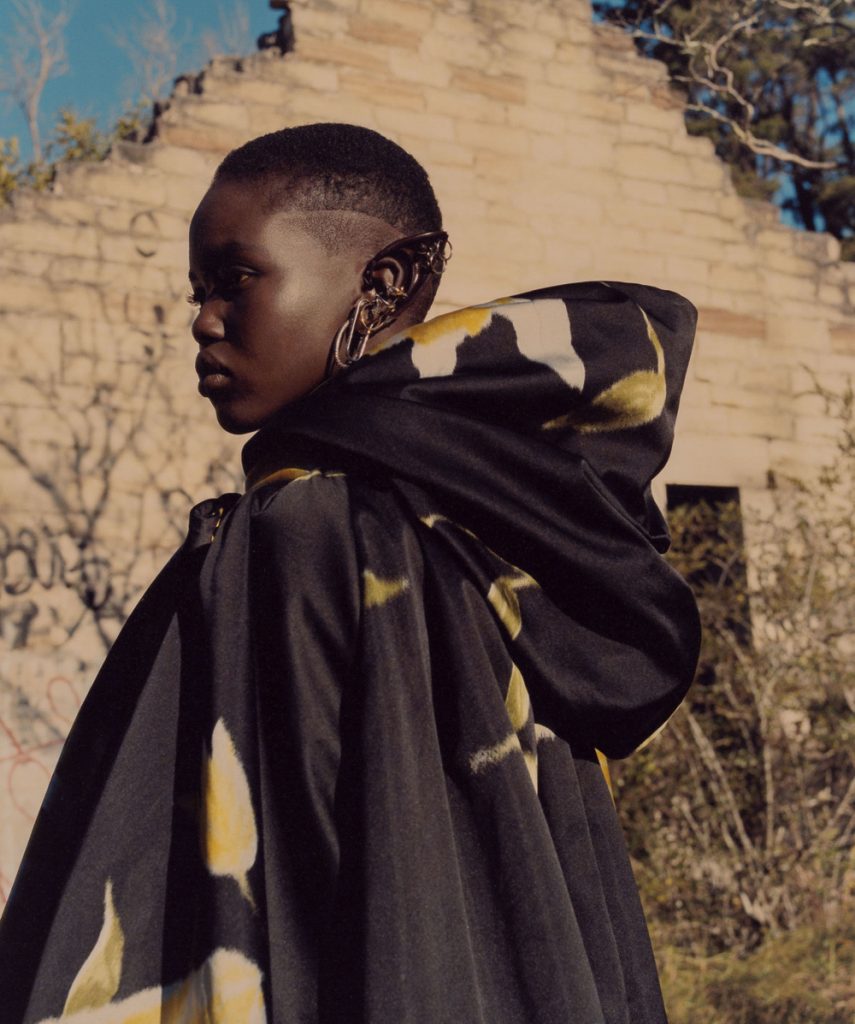 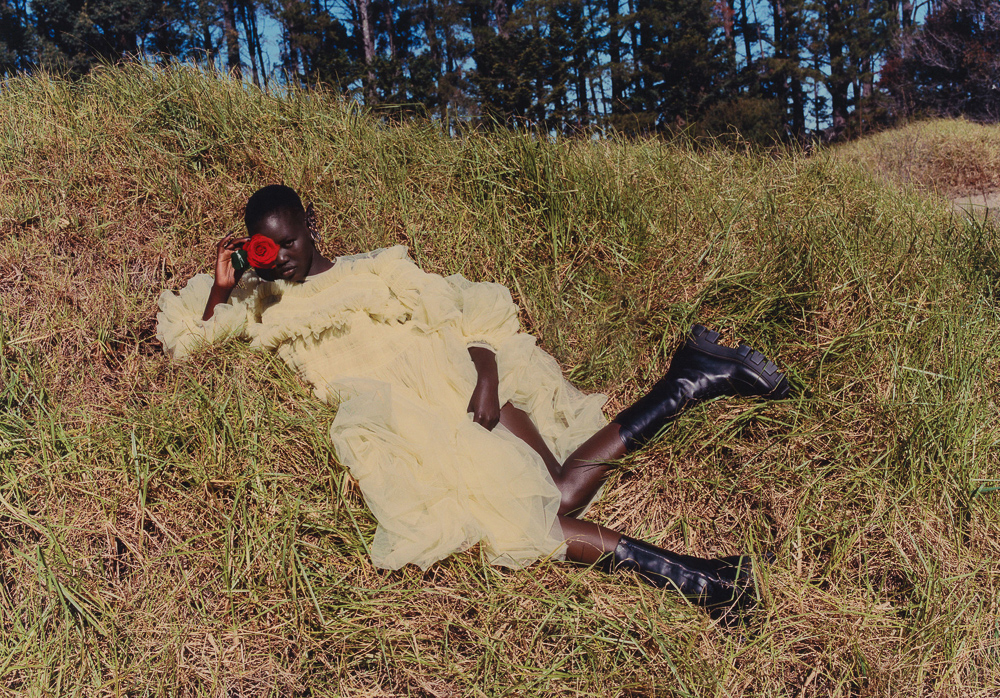 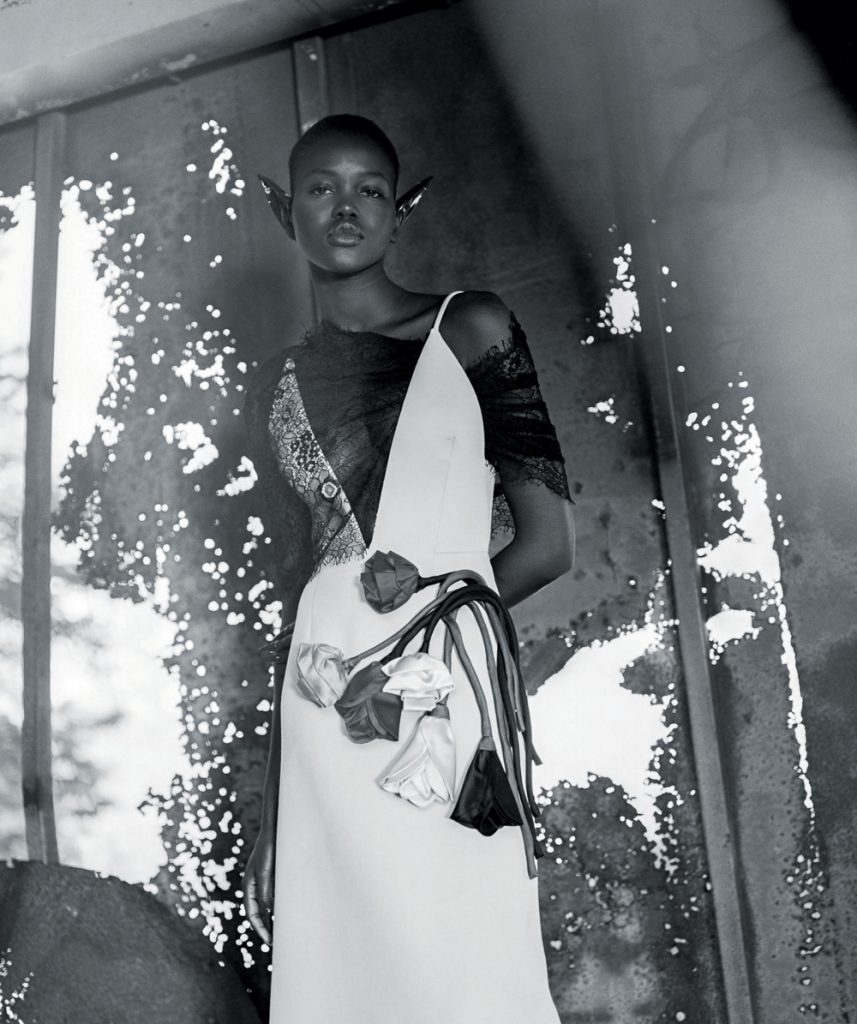 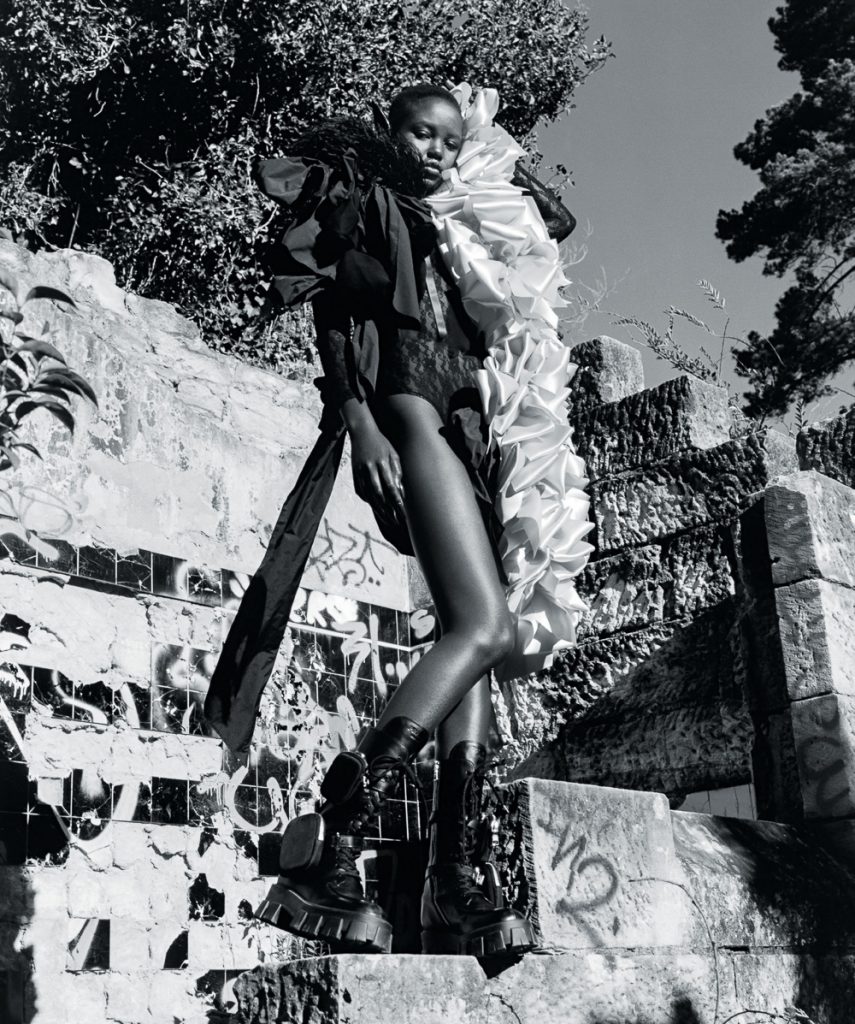 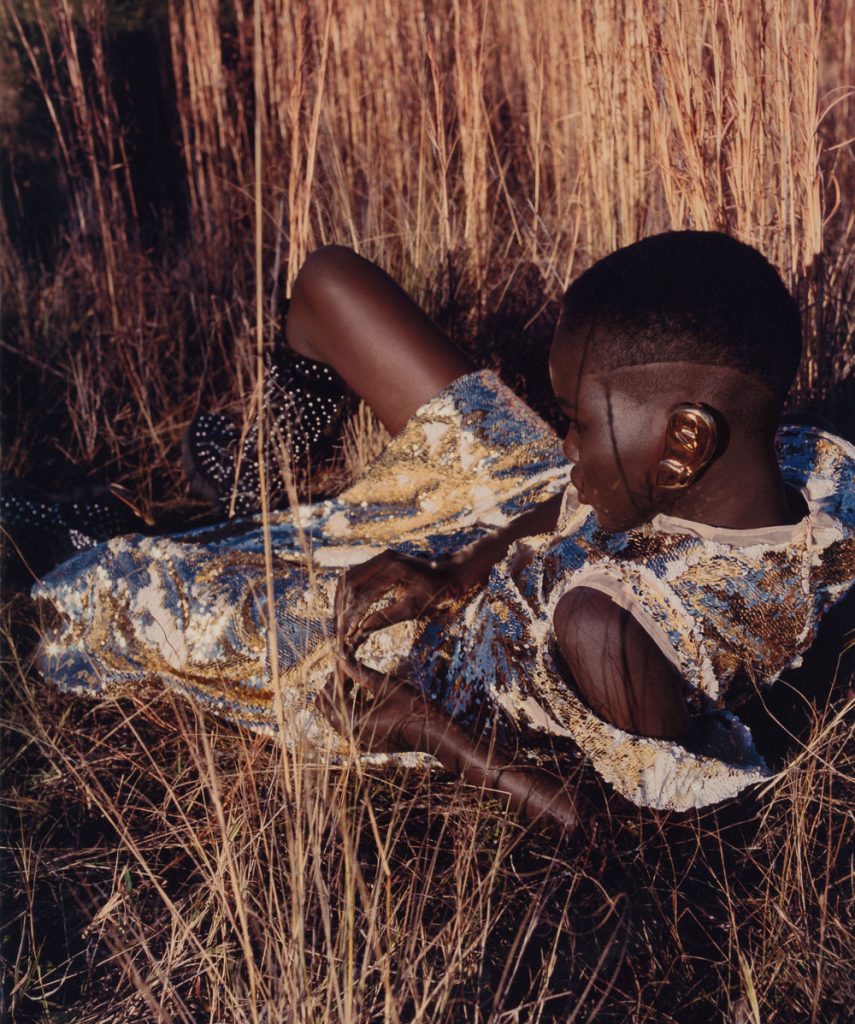 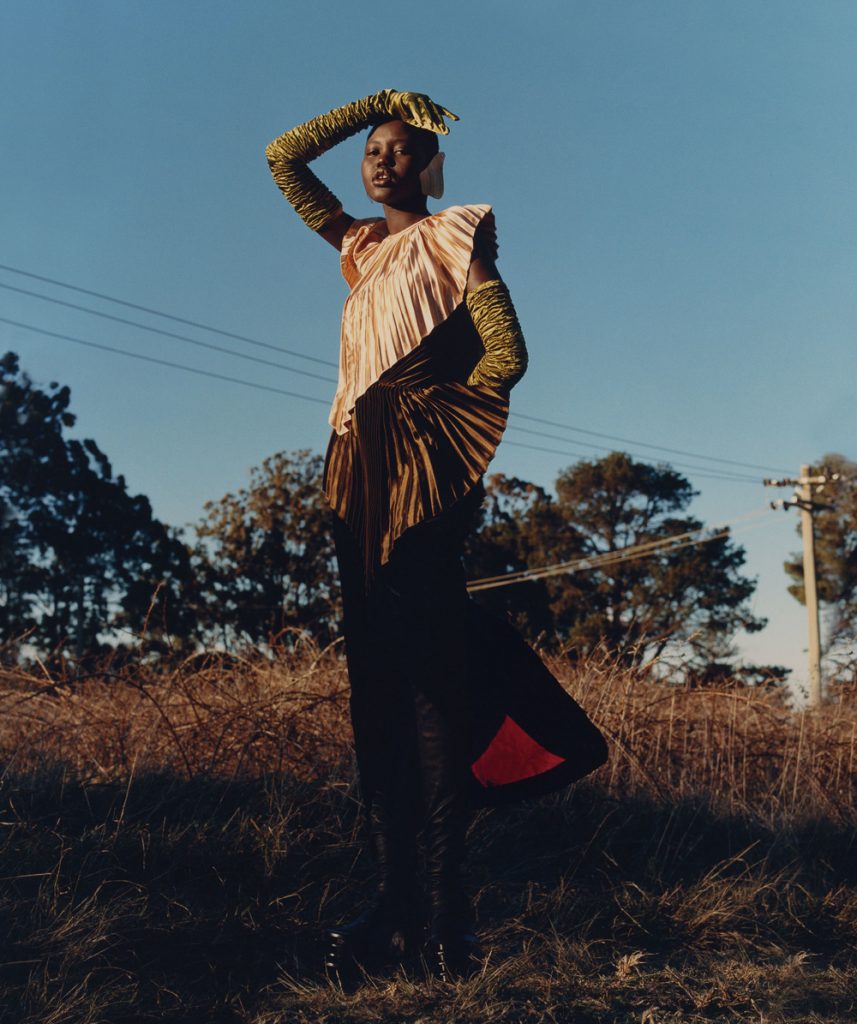 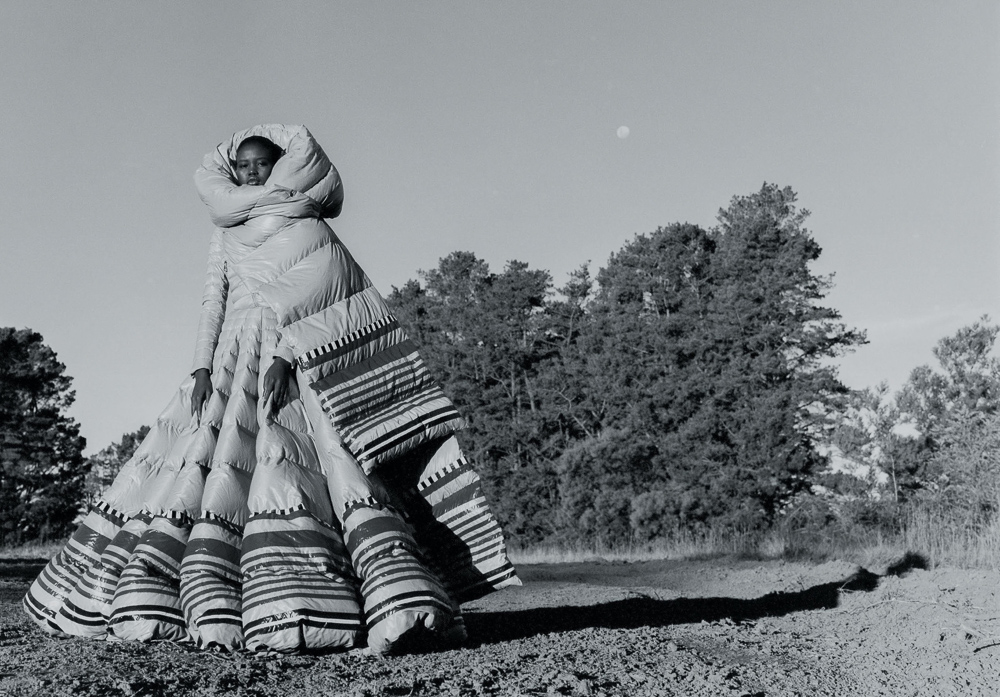 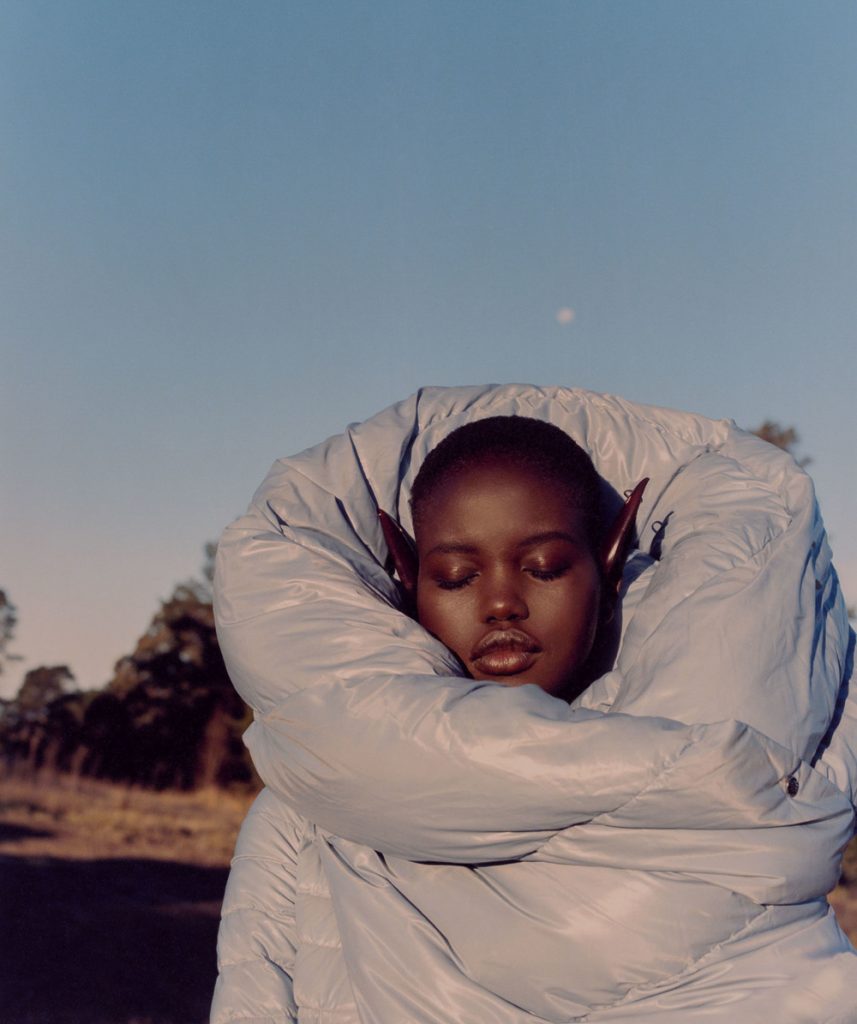 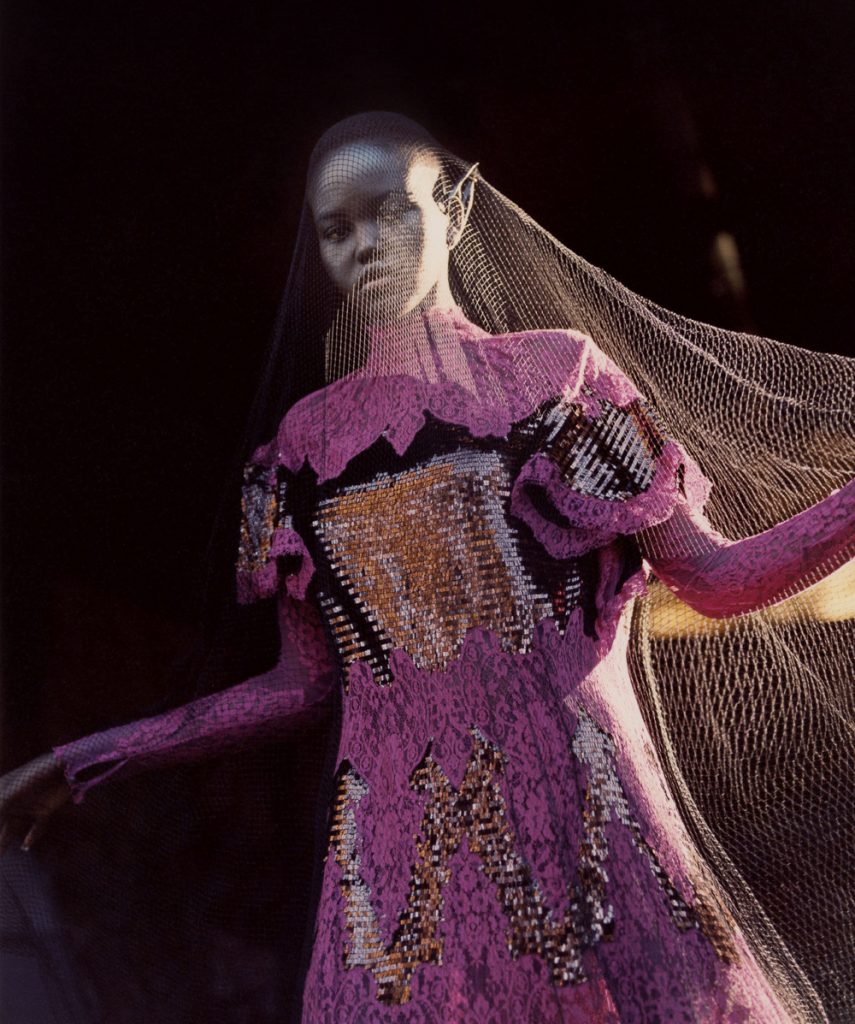 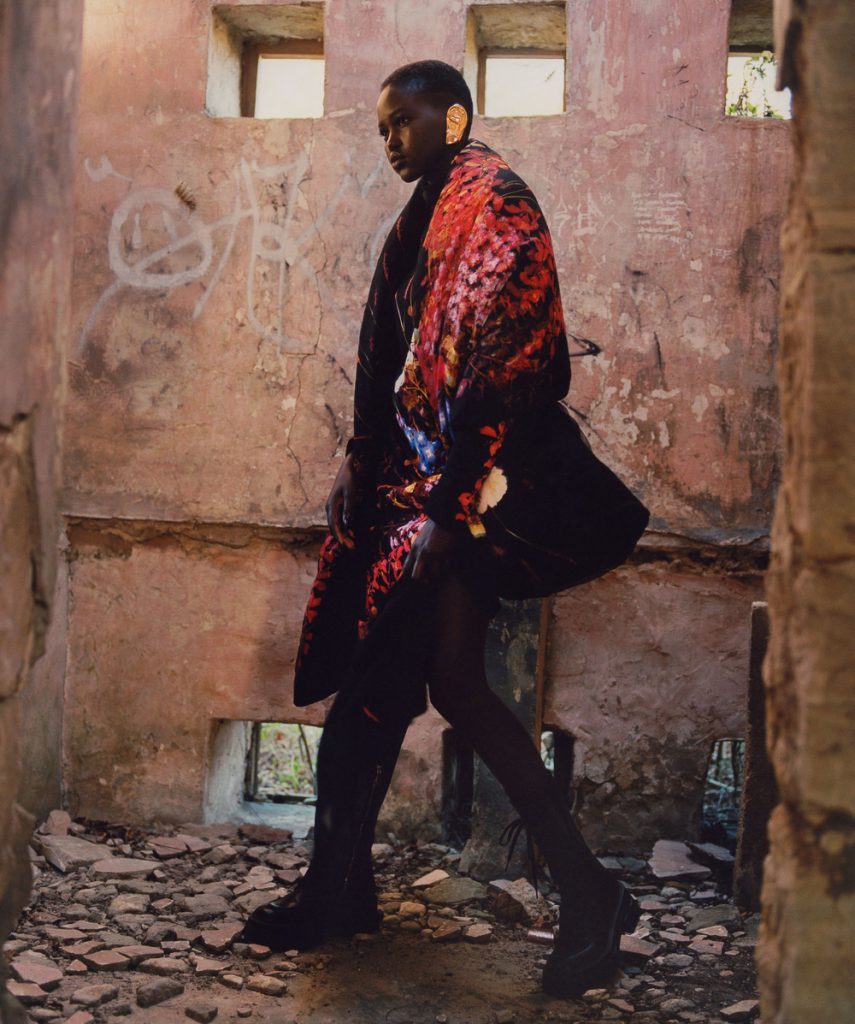 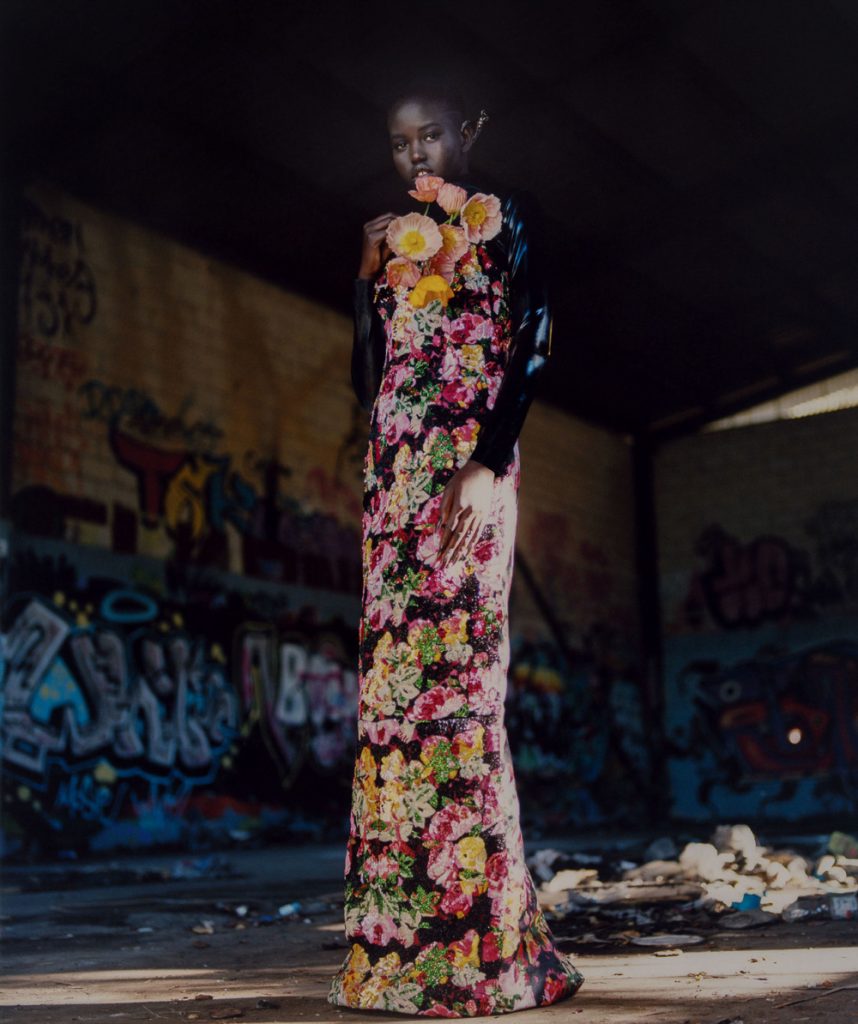 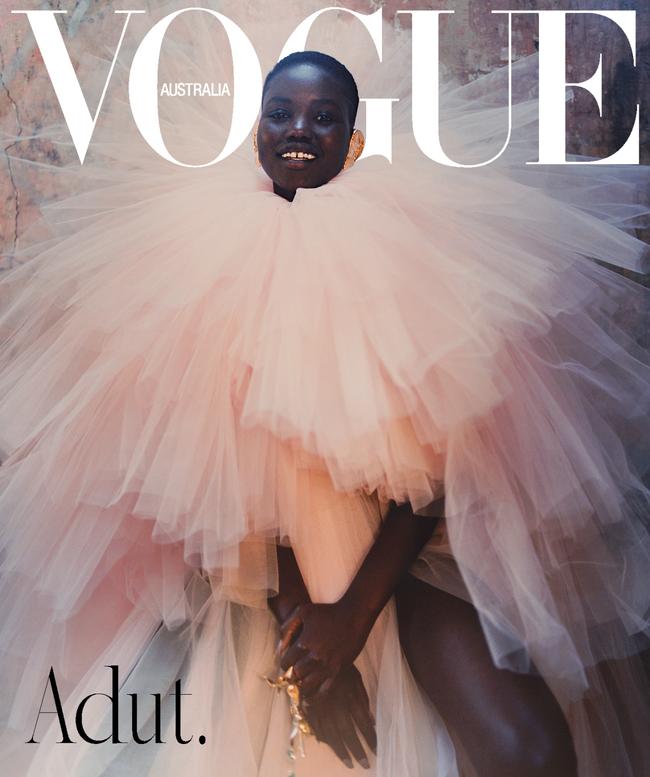