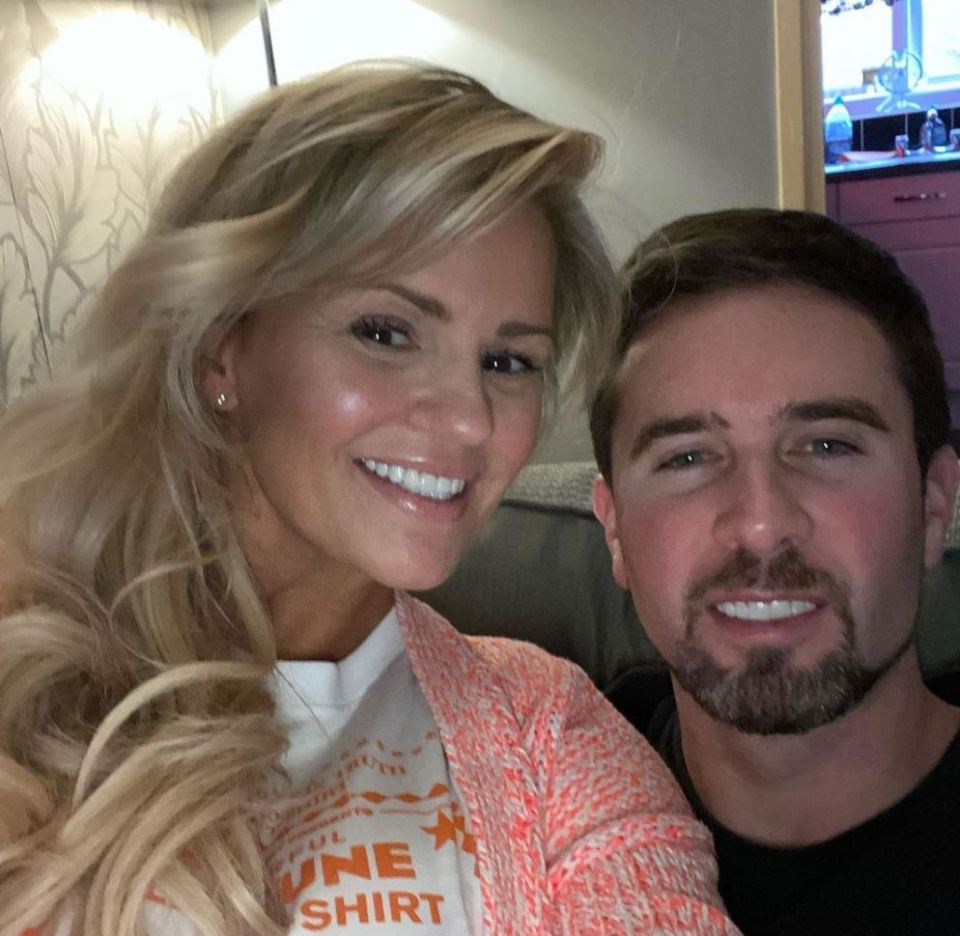 KERRY Katona has revealed she wants to elope to Las Vegas to marry fiancé Ryan Mahoney.

The 40-year-old former Atomic Kitten star admitted she only wants her five children in attendance at the intimate ceremony.

Joking that she’d “done every other kind of wedding” having been married three times before, the Celebs On The Farm winner said she had to “come up with new ideas”.

Talking to the MailOnline, she explained: “I’m just going to p*** off to Vegas, not tell anybody. Just me, Ryan and the kids, and do it there.”

Kerry got engaged last August to personal trainer Ryan, 32, after the toy boy asked her doting children for permission to propose.

Despite the past failed relationships, Kerry insisted that this engagement has seen her in place “she’s always wanted to be” and that life is “really good”.

“Life is really good,” she added. “I suffer really badly with anxiety and because my life is going so well, there’s no dramas, I keep thinking: ‘Oh my God, something’s going to go wrong’.”

Admitting she is a “worrier” she continued: “Life is truly how I’ve always wanted it to be… Work wise, love wise, physical wise, family wise, career wise, it couldn’t be better.”

Kerry has spent lockdown with her brood, including teens Molly, 19, and Lilly-Sue, 18, who she shared with Brian McFadden.

The star admitted she’s “always wanted” a large family and looking forward to being “the grandmother in the rocking chair”.

Recently, Kerry battled the deadly coronavirus alongside her fiancé, telling fans she wouldn’t “wish it on anybody”.

She said of her horrific bout of the disease: “I really wouldn’t wish it on anybody. It was horrible.”

The star found a lump in her armpit shortly after Sarah Harding was diagnosed with breast cancer and desperately thought: “Who’s going to look after the kids?”

Thankfully Kerry was quickly diagnosed by doctors who told her the breast pain was caused by a lymph node damaged during one of her four boob jobs.

But the cancer scare shook Kerry to the core after she found a lump in her armpit and noticed her “right breast had swollen about five times bigger than my left”.