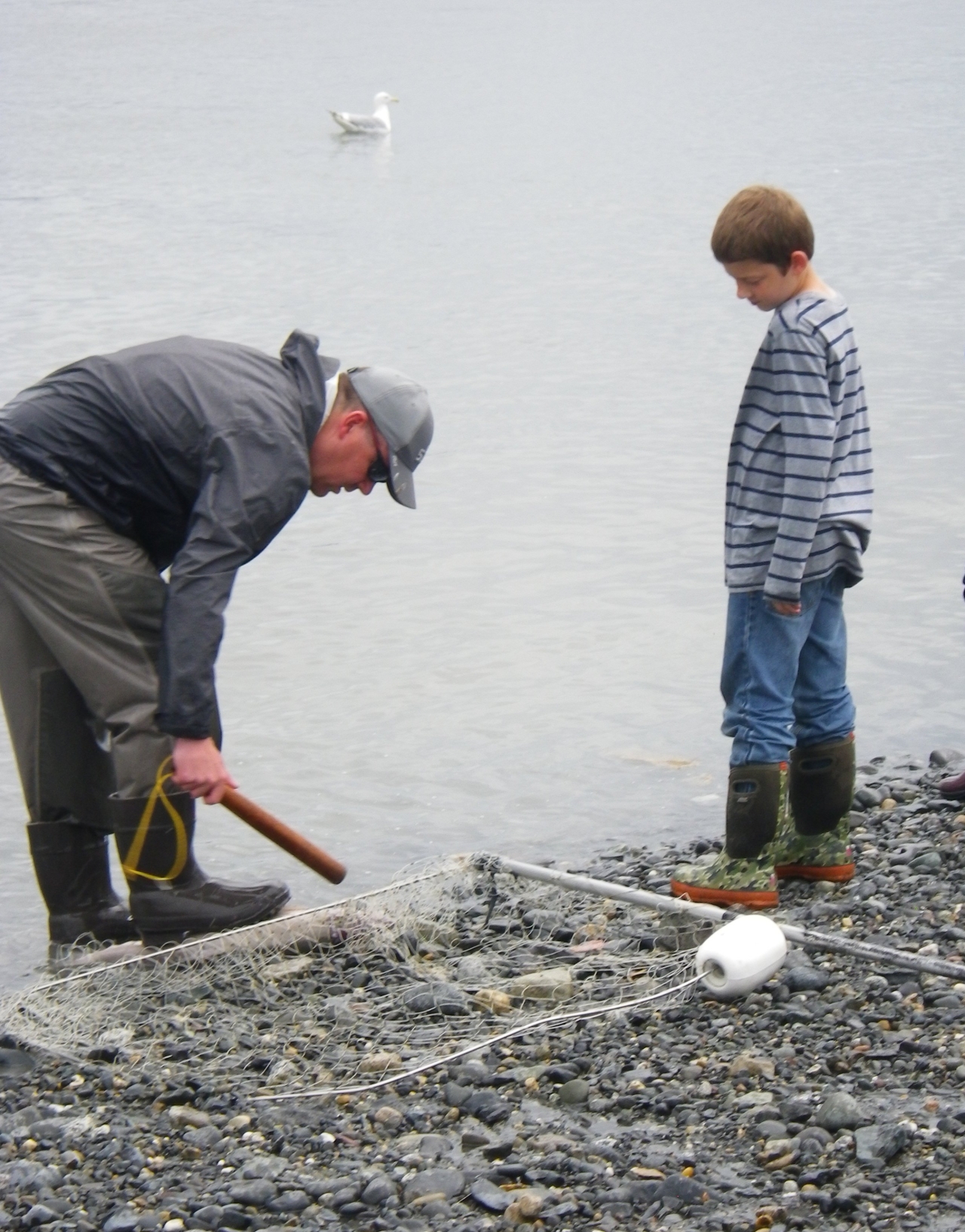 Kenai River salmon dipnetters now staring into empty freezers will not be surprised to learn that the official harvest numbers for the season are out, and the Alaska Department of Fish and Game has confirmed what everyone knew:

Despite the fears of Cook Inlet commercial fishermen that dipnetters were scooping up all hundreds of thousands of sockeye while commercial gill netters were on the beach because of a weak return, that didn’t happen.

The average dipnet catch for 2018 was 8.9 sockeye per permit. The limit is 25 salmon per household with 10 for each additional household member.

A decent-size sockeye will provide a couple of filets each big enough to feed a family of four. So figure the average Kenai dipnetter got 18 meals out of the July fishery.

By that measure, a family of four eating salmon once a week since the end of the season would have run out of fish by December.

“I think all dipnetters need to apply, just like the comfishers, for federal disaster relief,” Ken Federico, a longtime dipnet advocate, texted Friday. “This is what the argument is for comfishers to qualify for disaster monies.”

Unfortunately, personal-use fishermen do not qualify for disaster aid. Recognizing that, Federico called for changes in the way the state manages commercial harvests in the Inlet and in the regulation of the dipnet fishery.

Fishery managers last year allowed commercial drift netters to crop off about 500,000 sockeye in early July. Those fish turned out to be a big portion of a biologically allowable harvest that proved to be unexpectedly small.

By season’s end, the commercial fishery had caught barely over 1 million sockeye; the dipnet fishery had landed 165,000; and in-river anglers, which support a thriving Kenai-Soldotna tourism business, are thought to have caught a couple hundred thousand.

Numbers on sport harvest are not yet available.

Sport Fish Division Regional Supervisor Tom Vania said the dipnet harvest was only 47 percent of 10-year average harvest. State numbers also reflected what was obvious on the beaches at the mouth of the Kenai  during the season:

A lot of people stayed home after hearing reports about how bad the fishing.

Of those who did obtain permits, about a quarter never fished. That echoed 2017, another year when dipnetters had to work hard to get their fish. Participation has gone as high as 89 percent when there are a lot of sockeye available to be caught.

The numbers come as no surprise. The state closed the river to dipnetting a day before the normal end of the season and later shutdown in-river sport fishing.

At that time, there were fewer than 435,000 sockeye past an in-river sonar counter expected to count a million or more. Alaska fishery managers hadn’t seen a number that small at the end of July since 1979 when the state was still recovering from a salmon crash caused by less than stellar fisheries management and a two-decade-long, cold-water regime in the North Pacific Ocean.

With the fish missing, the City of Kenai reported dipnet traffic falling by about a third at its pay-to-park service area at the mouth of the river. Dipnetters usually fuel the city’s only profit-making service, but it looked to be more of a break-even affair this year once the management costs were weighed against the small dipnet turnout.

For the fish, at least, the situation would eventually improve. With the tail end of the return holding steady, the state eventually met its in-river goal of more than 1 million sockeye.

Anglers even got another, end-of-season shot at the fish, but there was fallout.

The Kenai River Sportfishing Association is now leading a charge to get the Alaska Board of Fisheries to categorize harvest priorities in the state’s non-subsistence areas, of which the Kenai Peninsula is one.

The KRSA proposal puts the harvest of salmon by  “Alaska residents for personal and family consumption” at the top of the list followed by enough salmon to meet the needs of both “residents and non-residents who have participated in state fisheries in the past and can reasonably be
expected to participate in the future.”

Those two priorities are somewhat redundant. The dipnet fishery is at the mouth of the Kenai and most of the sportfishing occurs upstream from the salmon-counting sonar. To get enough fish into the river to meet the demands of a prioritized dipnet harvest, fishery managers would inevitably end up putting more salmon upstream past the counter.

It’s hard to say how many salmon state fisheries managers would have needed to put in the Kenai before July 31 this year to get the dipnet harvest up near that level, but it would have clearly been several hundred thousand more than the 435,000 that passed the sonar by that date.

The correlation between dipnet harvests and the number of fish allowed to escape commercial nets to make it in-river before July 31 is not direct, but in general the dipnet harvest reflects in-river returns.

Low harvests correlate with low numbers of fish making it into the river in July. Meanwhile, there is an extremely strong correlation between harvests and days when the Kenai sees big pulses of salmon entering the river.

The big harvest in 2015 came with the sonar counter clicking off 49,000 or more sockeye on eight of the 13 days between July 19 and the end of the season. The lower harvest on a bigger July run the next year was tied to only three days topping the 49,000 salmon bar, and two of them came unexpectedly early on July 11 and July 15.

State fishery managers allowed almost 1.4 million sockeye into the Kenai in 2016, almost 200,000 above the upper goal set by the state Board of Fisheries. It was in effort to avoid such a replay in 2018 that managers allowed early commercial fishing in the Inlet despite indications the sockeye run might be weak.

That decision helped the commercial fishermen,who got most of what little they got out of the 2018 season early, but hurt dipnetters.

“Everyone was so disgusted last season on the run and the open throttle given to comfishers,” Federico said. “We need to press (new Gov. Mike) Dunleavy to take the dipnetting calls away from the commercial side of Fish and Game.”

Dunleavy was elected last year in part on his support for sport and personal-use fisheries. Former Gov. Bill Walker had been a big advocate for commercial fishing interests. He and his commercial-fishing oriented Commissioner of Fish and Game, former commercial fishermen Sam Cotten, journeyed to the Kenai  last year to try to appease commercial interests beached by low returns.

They just nodded their heads when one of those fishermen charged that the only problem on the Kenai was that the “dipnet fishery is unlimited and unsustainable.” Cotten at least knew better.