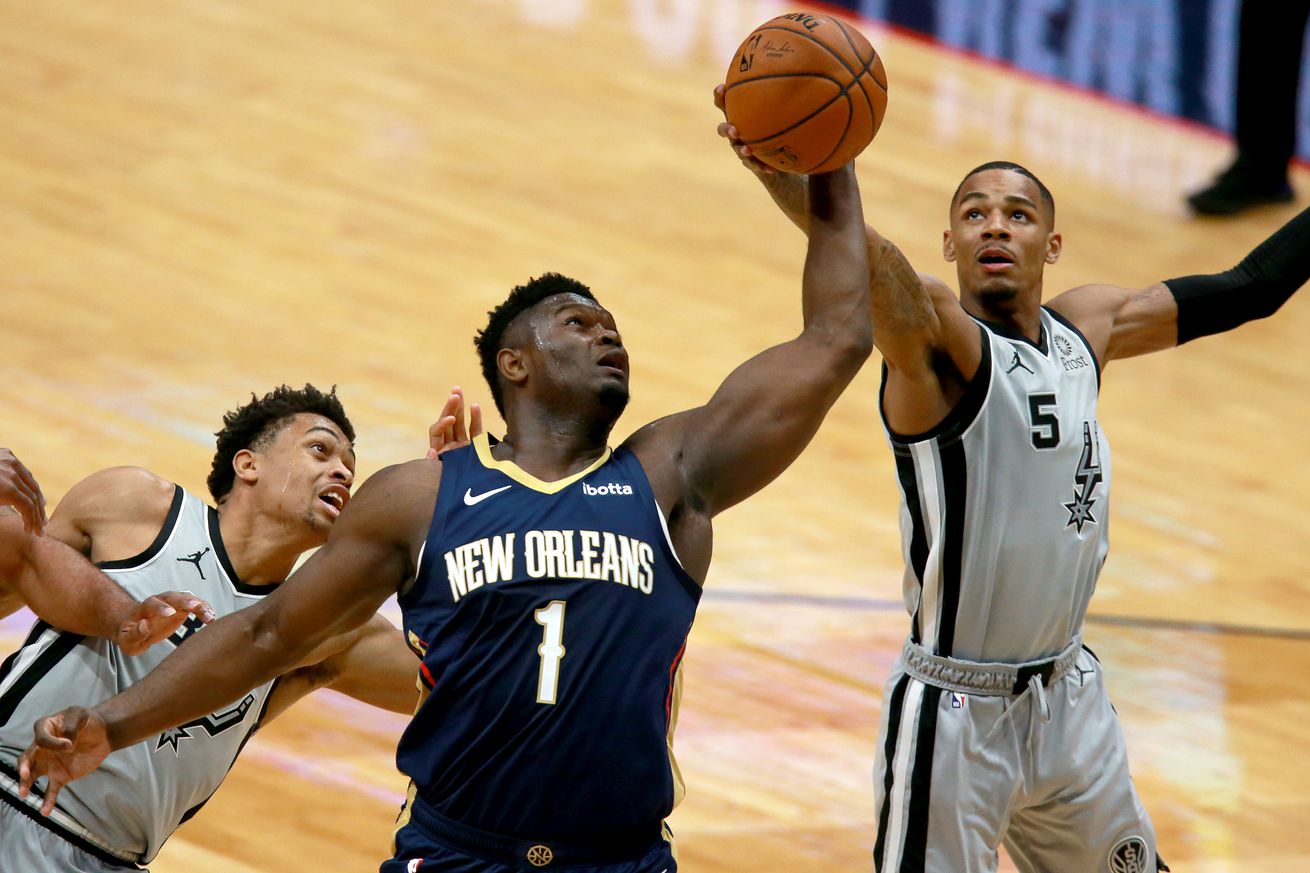 The New Orleans Pelicans have an important matchup today against the San Antonio Spurs and they’ll be catching their division rival without a number of key players.

COVID protocols have put Derrick White, Keldon Johnson, Rudy Gay, Devin Vassell and Quinndary Weatherspoon into quarantine for the indefinite future. While DeMar DeRozan is expected back after missing a game against the Thunder due to the death of his father, the Spurs could be without LaMarcus Aldridge, who is listed as questionable with a sore right wrist.

The only player listed on the injury report for New Orleans is JJ Redick, who was downgraded this afternoon to doubtful with right hamstring tightness.

With a 16-12 record, the Spurs currently occupy fifth in the Western Conference standings so a golden opportunity awaits the Pelicans to improve on their 14-18 record while handing a potentially key defeat to direct competition for the play-in tournament/playoffs.

A short-handed San Antonio squad dropped their last game to the OKC Thunder this past Wednesday in which an unusual starting lineup, consisting of Dejounte Murray, Lonnie Walker, Luke Samanic, Trey Lyles and Jacob Poetl, couldn’t get the job done.

If you may recall, the Pelicans knocked off the Spurs while at full strength during the first week of the season, 98-95. Of course, that occurred during a time when New Orleans was enjoying a lot more success defensively. For weeks now, the Pelicans have been an offensive juggernaut, but have often been embarrassingly bad on defense.

Case in point, New Orleans possesses the league’s highest-rated offense (123.0 ORTG) but the second-worst defense (120.5 DRTG) here in February. Conversely, San Antonio has had the fifth-worst offense (107.3 ORTG) this month but the seventh-strongest defense (109.1 DRTG).

To be honest, I believe it matters little who the Spurs have available for today’s contest. Players of various talent levels all bring fantastic effort for Gregg Popovich, and his troops are seemingly always prepared for any opponent.

The Pelicans should beat these undermanned Spurs on paper, but as we’re learning this season, New Orleans far too often plays down to their level of competition.

The problem is being 9-11 against losing teams. Sure you could say some games could have gone either way, but they didn’t.

For more Pelicans talk, subscribe to The Bird Calls podcast feed on iTunes, Spotify, Stitcheror Google Podcasts. You can follow this author on Twitter at @OlehKosel.