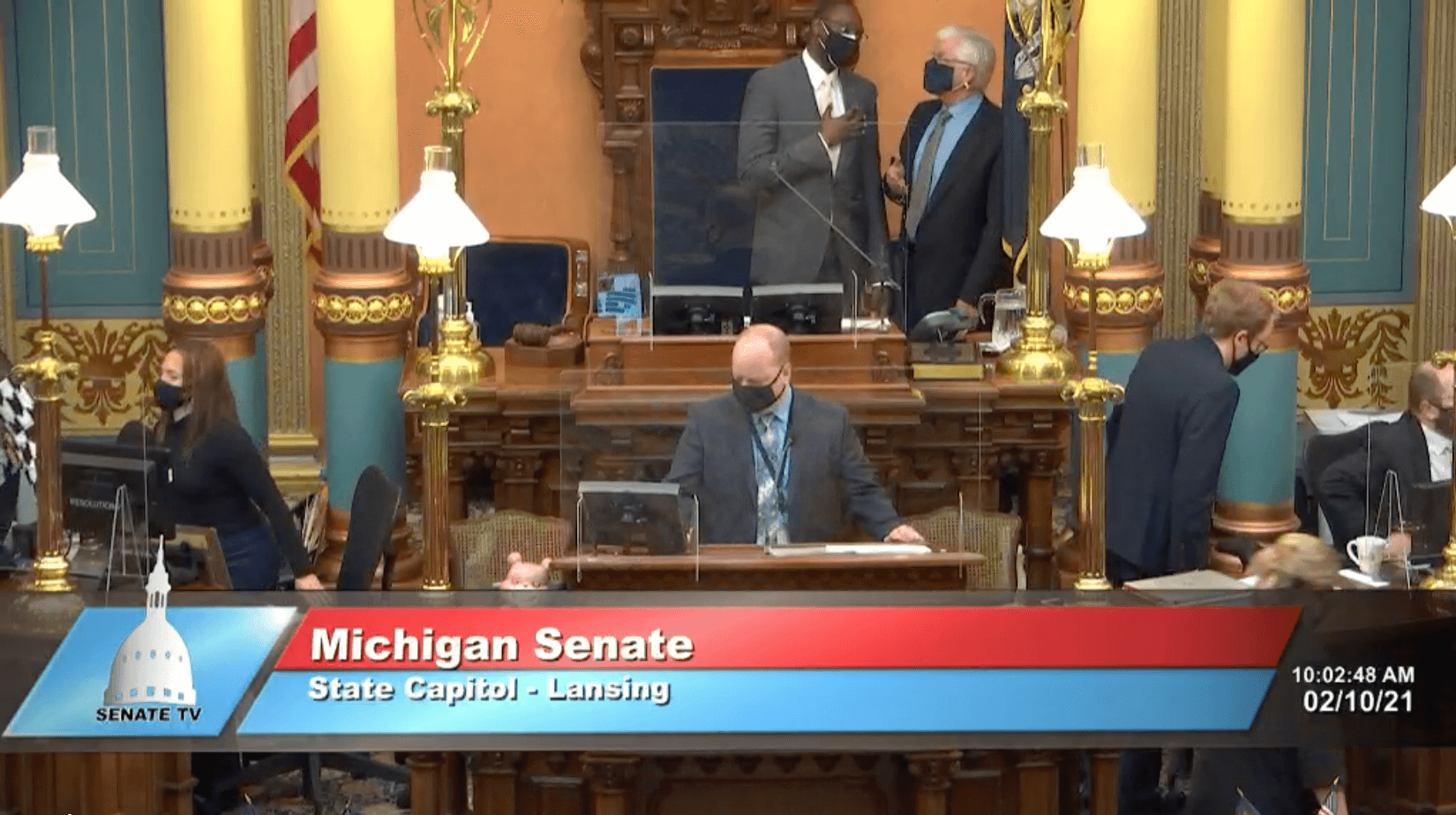 Shirkey doubles down on insurrection ‘hoax’ comments amid calls to resign 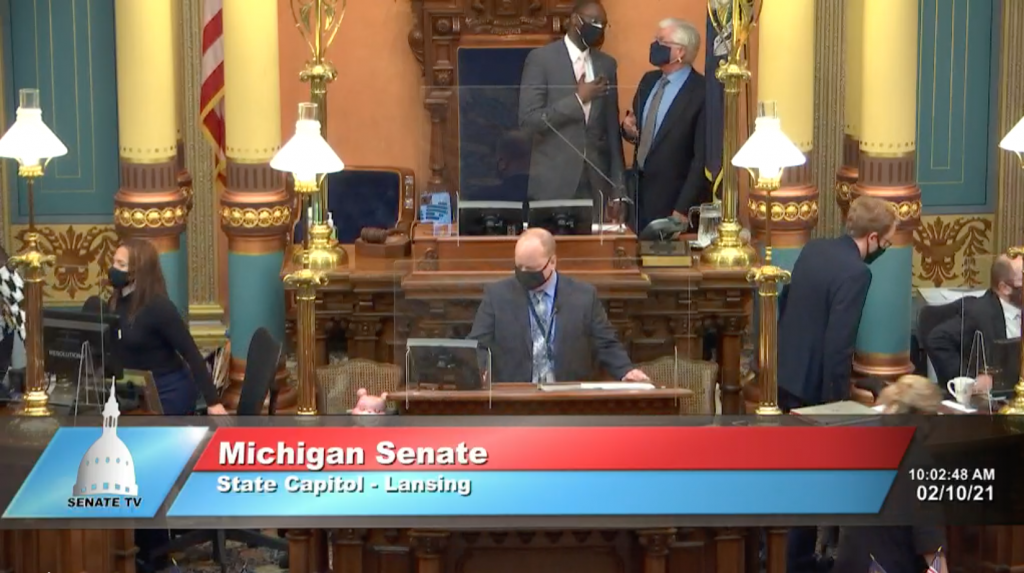 Senate Majority Leader Mike Shirkey (R-Clarklake) remains in hot water Wednesday following a video showing the state’s top Republican lawmaker making sexist comments about Gov. Gretchen Whitmer, joking about inviting her to a fistfight and claiming that the Jan. 6 insurrection at the U.S. Capitol was perpetrated by enemies of former President Donald Trump.

Despite releasing an apologetic statement Tuesday night through a spokesperson regretting his words, Shirkey was caught on a hot mic telling Lt. Gov. Garlin Ghilchrist during Wednesday morning’s Senate session that he doesn’t actually take back the substance of what he said.

“I frankly don’t take back any of the points I was trying to make. Some of the words I chose I do regret,” Shirkey told Gilchrist, adding: “I don’t back down very easily.”

In a Feb. 3 conversation first reported by the Metro Times, Shirkey is seen telling Hillsdale County Republican officials that his GOP colleagues in the state Legislature have done everything they could to fight back against Whitmer’s COVID-19 orders.

Shirkey also joked that he contemplated “inviting [Whitmer] to a fistfight on the Capitol lawn,” before falsely claiming that the insurrection at the U.S. Capitol “wasn’t Trump people” but rather a prearranged event staged by enemies of the former president, including possibly U.S. Senate Minority Leader Mitch McConnell (R-Ky.).

“As elected officials, what we do and what we say matters … [but] the Senate Majority Leader has chosen to spend his time and energy fanning the flames of dangerous conspiracy theories about the 2020 election and the January 6 insurrection in Washington, alongside aggressive, sexist threats toward the governor. This behavior is beneath the office he was elected to and the standard of decency the people of our state deserve,” Gilchrist said, adding that Shirkey is “shirking his responsibility” to the people of Michigan.

“While the Senate Majority Leader made a half-hearted attempt to address his inexcusable language and behavior last night, and an even weaker attempt during a prayer in today’s Senate session, his comments toward me on the Senate floor this morning tell a different story. It is clear that his so-called apology was not heartfelt, nor did it come from a place of humility and understanding. Rather, it was an empty gesture made for political expediency, and one that the people of Michigan can see right through,” Gilchrist continued.

Several groups have asked for Shirkey’s resignation, including the Michigan Democratic Party and Progress Michigan.

He also doubled down on his baseless claim that Trump supporters were not the ones behind the Jan. 6 insurrection.

“What was the hoax was the fact that it was blamed on Trump,” Shirkey said.

“I try my best to separate out the views I find completely offensive from the views where there is alignment to get things done,” Chang said about her approach to bipartisanship. “It is becoming harder and harder, and maybe even impossible to make that kind of separation.

Ananich said he is “more disappointed than surprised” by Shirkey’s behavior and asked the Republican to do some self-reflecting.

“I am going to ask all of us, but especially the senator from the 16th District, to reflect on the opening prayer that he gave this very morning. This isn’t the first time you’ve asked for grace. And Lord knows you’ve been given it. I would ask that you please accept it and learn from it. It’s a chance for all of us to do some self-reflecting. Especially you, Mike,” Ananich said.

He then went on to speak of his time serving under Shirkey’s predecessor, Republican former Senate Minority Leader Arlan Meekhof.

“It was a tumultuous four years, there’s no question about that,” Ananich said. “But I’m going to say this, and I mean this in all sincerity — there was not one minute, one hour, one day, where his actions or words ever made me feel embarrassment or shame to be in this body. I can’t say that today.”

The post Shirkey doubles down on insurrection ‘hoax’ comments amid calls to resign appeared first on Michigan Advance.

Shirkey doubles down on insurrection ‘hoax’ comments amid calls to resign