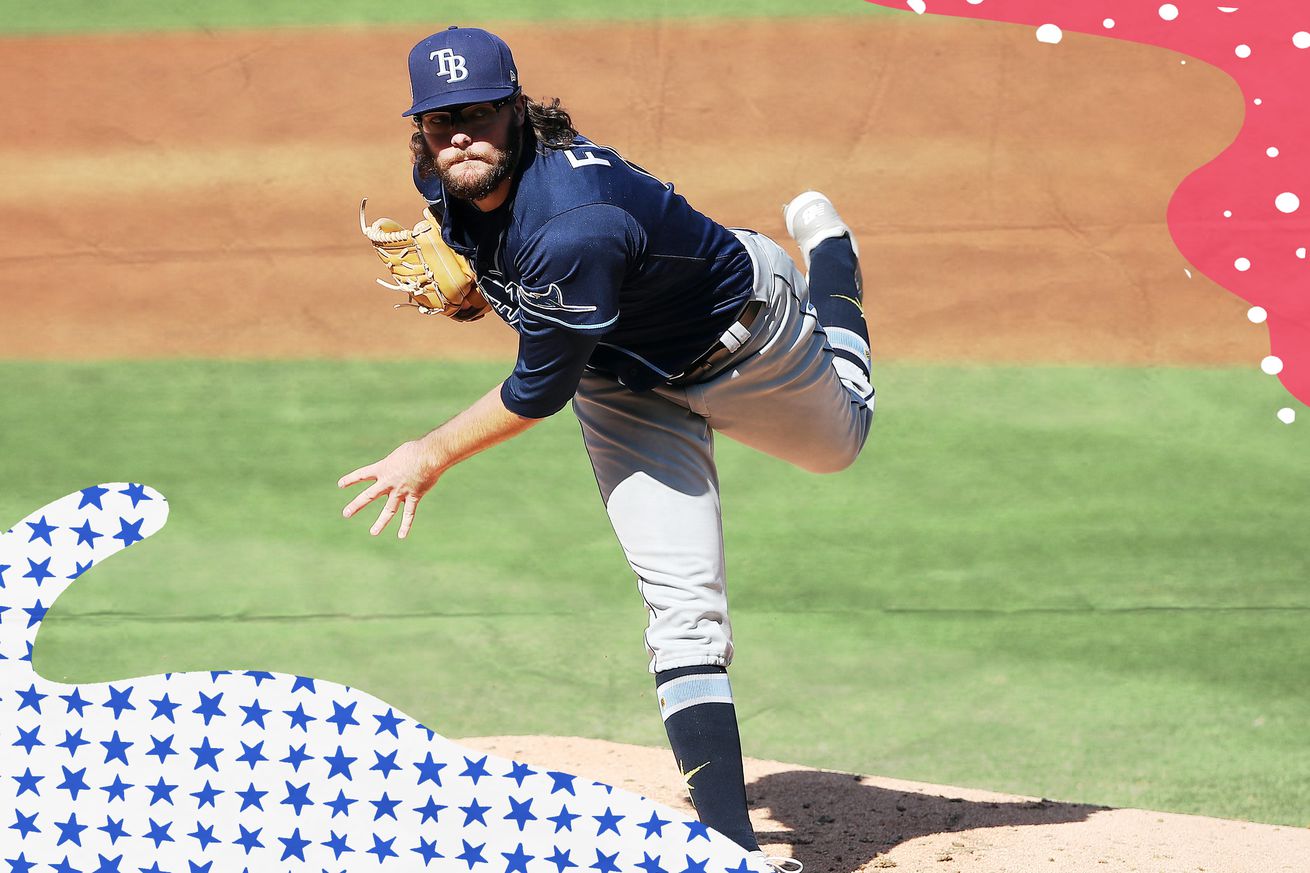 Josh Fleming, JT Brubaker, and Yerry Rodriguez headline a list of deep sleepers who could turn into assets down the stretch in 2021.

With the fantasy baseball draft season quickly approaching, it’s time to take a look at some undervalued targets that could prove to be fantasy baseball assets in 2021. The pitchers in this article are all considered deep sleepers who have an average draft position of at least 500 in NFBC leagues, and should mainly be looked at in leagues like the NFBC 50s.

Taylor Rogers is currently projected as the Twins closer to start the season, but Duffey is the best pitcher in that bullpen. Since 2019 he has pitched 81.2 innings and compiled a very impressive 2.31 ERA, which was complemented by a 2.80 xFIP. He has seen a lot of success becoming what is essentially a two-pitch pitcher, throwing primarily his curveball and four-seam fastball. Both pitches can induce swings and misses while also maintaining healthy chase rates. If Rogers starts to struggle, Duffey will likely be the next man up as the Twins closer.

Brubaker is currently slotted as the Pirates’ No. 4 starter in their rotation, and he could prove to be one of the best draft day values. He isn’t the flashiest pitcher off the board, but he is likely the best pitching option available at this point in the draft. He induces an impressive amount of ground balls, primarily due to his 94 MPH sinker—while his secondary pitches have enough movement and velocity to help rack up swings and misses. With an ability to command the strike zone, Brubaker could average a strikeout per inning while maintaining an above-average walk rate. 2021 could prove to be a big breakout year for the 27-year-old sinkerballer.

With the Athletics likely losing Liam Hendriks to free agency this offseason, the closer role is currently up for grabs in Oakland. The man most likely to take over that role is Jake Diekman, especially after posting a spectacular 0.42 ERA over his 21.1 innings pitched in 2020. His success last season was likely due to the incredible break his slider and four-seam fastball have. These two pitches have not only been able to lead to a high amount of swings and misses, but have lead to fantastic ground ball rates as well. Command has always been his issue throughout his major league career, but shouldn’t hold him back as his career 12.6% walk rate also comes with a 3.63 xFIP. Diekman may not have the closer’s role locked down yet, but it looks like he’ll be the frontrunner for the position if there aren’t any immediate changes.

Fleming quietly had one of the more impressive rookie campaigns over the shortened season, pitching 32.1 innings with a 2.77 ground ball to fly ball ratio and a 2.78 ERA. He may not be a power pitcher that will rack up strikeouts, but his ability to limit walks while also inducing ground balls should keep him in the rotation. He has been able to generate such contact due to the incredible movement his sinker has. With 27.2 inches of drop and 18.1 inches of break, Fleming’s sinker is deadly against opposing batters. He also throws a slider and a changeup, which should help him get some swing and misses. Just don’t expect that strikeout rate to push up past 20%. The sinkerballer’s upside is limited due to the lack of strikeouts, but he should be a reliable back end of the rotation starter in 2021.

Garcia’s path to playing time is still uncertain, as the Astros have an abundance of impressive young arms. There is even a chance that he starts the 2021 season in the minor leagues. Even if that’s the case, Garcia is still worth a late-round flier due to an incredible five-pitch arsenal with impressive movement, an arsenal that helped him post insane strikeout numbers throughout his minor league career. However, he did struggle to get opposing batters to swing and miss in the majors, as his strikeout rate dropped down to 18.4% over his 12.1 innings pitched. As he continues to grow and learn how to pitch at the major league level, Garcia will likely increase his four-seam fastball usage up in the zone and rely more on his killer secondary pitches. These changes should help his strikeout numbers look more like what they were in the minor leagues. There are concerns with his command, but there aren’t many players that offer this type of upside past pick 500.

Wacha has struggled the past two seasons, but some intriguing pitch mix changes could make him a reliable back of the rotation starter once again. Last season his fastball usage dropped, and he barely used his curveball as he focused more on throwing changeup and cutter more. With that came the best whiff rate he had had in the major leagues since his impressive rookie campaign back in 2013. His ground ball rate did go down as well, but that most likely had more to do with a shortened season than a diminished skill set. He may not put up the numbers he did in his first three seasons with the Cardinals, but a low to mid 4.00’s ERA is still a likely outcome for the 29-year-old right-hander in 2021.

Romero has always been a tremendous talent, but he has been somewhat forgotten due to injuries and off the field issues that have kept him sidelined for most of his career. Since being drafted back in 2017, he has only logged a total of 50 professional innings. However, over those 50 innings, he posted a 33.5% strikeout rate and an 8.6% walk rate. Only 4.4% of those innings were thrown above Single-A, but Romero still held his own at the major league level. Opposing batters struggled to make contact against the 24-year-old in 2020, which was evident by a 36.4% whiff rate and 27.8% strikeout rate. With a deadly three-pitch mix and a lot of uncertainty in the back half of the Nationals rotation, Romero could be fighting for a spot this spring as long as the Nationals are willing to overlook the lack of professional innings.

Rodriguez is an intriguing upside pick late in your drafts as he has a lot of potential but has never pitched above Single-A. He has a high spin fastball that sits around 94 MPH, a plus changeup with nasty movement, and a deceptive curveball, all of which helped him post a 2.08 ERA with a complimentary 22.6% K-BB% and 14.4% swinging strike rate over his 73.2 Single-A innings in 2019. The Rangers currently have Kolby Allard and Kyle Cody slotted in to make the rotation on Opening Day, so it wouldn’t be surprising to see the young right-hander make his debut sometime before June.

In 2017, Nelson was a huge part of the Brewers rotation as he posted a 3.49 ERA with a 27.3% strikeout rate. Sadly, since then he has been dealing with multiple injuries and only pitched a total of 22 innings and accumulated a 6.95 ERA. With three plus pitches in his four-seam fastball, curveball, and slider, Nelson still has enormous upside going into 2021. Since 2015, his sinker and changeup have easily been his two worst pitches. Maybe we still haven’t seen the best of the 31-year-old right-hander, but there are still an abundance of questions concerning him. Where will he play? Will he be healthy enough to get back on the mound in 2021? Can he make a change in his arsenal? I guess we’ll have to wait until this season to find out.