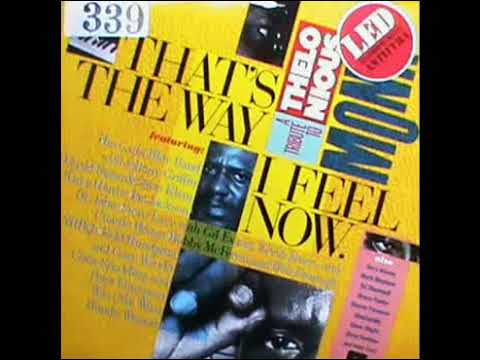 Future Jazz past: Hal Willner, circa 1992

We were East Village neighbors in the go-go ’90s, flush with ideas to try in the future. Here’s my entry about him from Future Jazz (Oxford U Press, 1999).

“My projects happen mostly by accident,” claims Hal Willner, soundtrack producer of Robert Altman’s films including Short Cuts, based on short stories by the late American “dirty realist” writer Raymond Carver and Kansas City, a paean to jazz during that town’s Depression era apotheosis. Incidents in Carver’s fiction, Altman’s films and Willner’s total-concept soundtrack design might seem to share only temporal connection, yet nothing in any of them occurs out of nowhere.

Considering Willner’s unusual accomplishments — he’s longtime music director of the television staple Saturday Night Live, the man behind the musical guests romantic sax star David Sanborn introduced on the short-lived but fondly remembered tv program Night Music, and producer of albums in which rock ‘n’ roll, jazz and new music notables have emerged from obscurity, made career comebacks, or stretched their talents in unpredictable directions — “mostly by accident” is no explanation.

Willner had prepared, perhaps unconsciously, to realize music in narrative terms — and vice versa — since his youthful fascination with old-time radio shows in which stories were told through sound. As a teenager in the late ’60s and early ’70s, he appreciated “concept albums with beginnings, middles and ends that somehow transcended the music and became almost visual.””And you know the producer Joel Dorn, right?” he asked me on afternoon, sitting in his apartment on Avenue B in New York City’s East Village. “I had an internship with him in Philadelphia, and he used to make records like this with jazz artists. Remember the spin-through-the-radio-dial on Yusef Lateef’s Part Of The Search, and the story behind Rahsaan Roland Kirk’s Case Of The 3-Sided Dream in Audio Color? I think it’s a real loss nobody makes albums like that anymore.”

These albums foreshadowed Willner’s creation of a genre-defying genre in which re-interpretations of a noted composer’s work by widely diverse musicians reveal unexpected implications.

“I was into radio programs like Inner Sanctum and the Orson Welles productions, then I got interested in records like the Beatles’ white album, the first Blood Sweat and Tears, Coltrane’s A Love Supreme and Miles Davis’s Sketches Of Spain. They took me somewhere, they were like journeys through dreams. In fact, I was going to call the Monk album Monk’s Nightmare until Steve Lacy suggested the title we used.”

“Mingus is a logical choice for me to make — his music works with this kind of approach. I try not to think of too many possible subjects, and I’ve never done anyone who’s not dead, because then you have a complete career to work with. I’d like to do an Ellington; it would be a great excuse to immerse myself in his music, study it and become more expert.” That’s why he did Kurt Weill.

“I originally intended just to examine the music of Nino Rota with one artist,” Wilner says of his first cast-of-hundreds album production. “But I got a vision in the night to do it with Carla Bley, Jaki [Byard] and Muhal Richard Abrams. Then Chris Stein and Deborah Harry [of the band Blondie] wanted to be involved, and when the record came out it got all this attention. I thought ‘This is going to be my record production high water mark. It won’t get better than this.’

“Then after Monk died I was sitting in Carnegie Hall at some jazz fest memorial to Monk, getting freaked that Terry Adams from NRBQ and Donald Fagen from Steely Dan and all these other people who really had a love of Monk weren’t performing, and that the jazz people who were playing Monk’s music were making it boring. Monk’s music was never boring. When Oscar Peterson came on, that was it — he had even put Monk down. So there was my Monk idea. And after that, the question was ‘Who else?'”

Many of Willner’s mixes and matches immediately announce themselves as inspired. Sting sings Weill’s “Mac The Knife.” The Marsalis brothers play a medley of melodies from early Fellini. Sun Ra’s Arkestra swings “Pink Elephants On Parade” from Dumbo.

Willner says his ideas are always at the service of undervalued or misapprehended 20th century classics.

“I look for music that has influenced or can influence different types of musicians, and music that can break down so it flows from Todd Rundgren to solo Randy Weston to Zorn with Arto Lindsay and Wayne Horvitz to Terry Adams to Eugene Chadbourne’s Shockabilly to [New Orleans’ guitarist] Mark Bingham with John Scofield and Steve Swallow, without seeming like a novelty,” he says. “That’s one of my favorite sequences on the Monk album. Check it out.”

Sheer pleasure in making the never-before happen seems to motivate Willner, who for most of the ’80s and ’90s lived modestly next door to Charlie Parker’s final home in Manhattan’s East Village. His personal style is self-depreciating, and he brings a fan’s respect to his productions’ subjects. That’s generally won him kudos from critical purists, though some pop musicians feel a need to defend their versions of beloved jazz against possible complaint.

“I like Hal’s records; whether or not serious-minded people approve of them is irrelevant,” said Elvis Costello, who sang the challenging title track of Willner’s Mingus tribute Weird Nightmare. “There’s a place for different interpretations of great music; having different musicians keep the music alive by playing it cannot diminish any version which to some ears is truer or closer to the original. Whatever comes out of my work on the Mingus record will be because of my love of his music — not to promote myself.”

Same with the producer, really, though he doesn’t completely abjure the spotlight. On Monk’s “Misterioso,” after tenor saxist Johnny Griffin blows a fervent solo over Carla Bley’s swirling orchestral chart, Hal Willner himself chimes in, credited as The Voice of Death.

Future Jazz past: Hal Willner, circa 1992