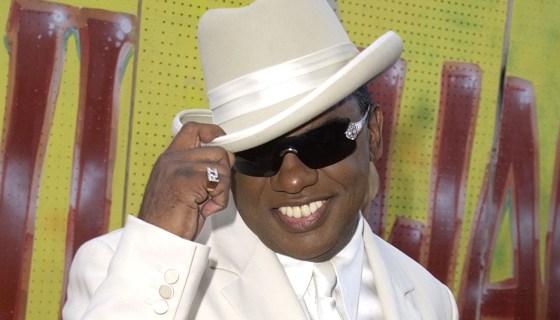 We’re back with another round of hilarious tweets/memes from the silky spectacular Verzuz experience between The Isley Brothers and Earth, Wind & Fire which was a Cool Water-splashed celebration of music that dazzled music lovers, pulverized all shapes, sizes, and brands of panny drawls, and brought that feeling back (you know the one) for nearly 4 magical hours online.

As expected, Steve Harvey showed all the way out in the Steve Harviest of suits that was immediately memed to oblivion across social media.

At one point, an extravagant fur coat appeared before us as we watched some of the smoothest Soul brothas that ever lived perform timeless classics for panty-launching aunties, industry tastemakers, culture-shapers, beloved brands, and celebs (like Tyrese who refuses to throw in the tile on social media).

“We’re just getting started,” said Verzuz leading up to the legendary battle. “We got so much on the way and can’t wait to reveal the rest, but for now…”

Verzuz fans can also expect a 4/20 “How High” special featuring Redman & Method Man and a Battle of the ’90s Bops between legendary R&B groups SWV and Xscape.

Do you think any upcoming matchup with top this Verzuz? Tell us down below and peep MORE hilarious tweets/memes on the flip.