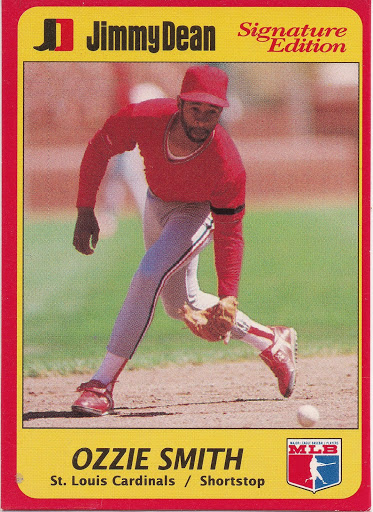 Cards, And A Bull, For Some Cubs

A quick trade post.  I am a little behind with a few stacks of cards on my desk, this is one group of cards that got lost in the shuffle for a week or two.  I picked these up from Shane, who can be followed on Twitter, or at his blog Off The Wall.  Good baseball card follow.

We worked out the trade around a group of oddball Cubs cards which had been sitting in card closet for a few years.  They were given to me by a college friend who was dumping off different parts of his collection.  I was sent a Facebook Message one day about a box of baseball cards, a few days later there was a box on my front porch loaded down with all sorts of 1980s Cubs oddballs.

As a Cardinals fan, it was really hard to fit them in with any part of my collection.  There were not any Durham Bulls players in those sets either.  Eventually, the Cubs cards just ended up in a random box, but luckily they have found a good home.

Which brings me to what came back in return for the Cubs cards.  Obviously, some cards that better match my collection.

Let's start off with a pair of Ozzie oddballs. 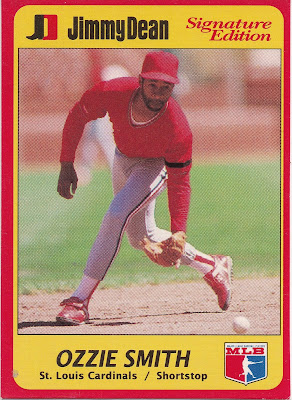 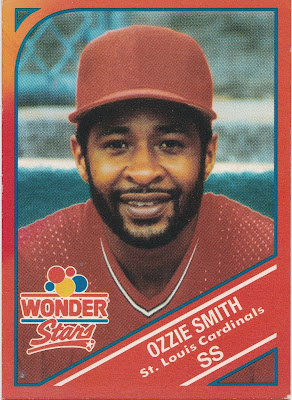 I was actually surprised to find that I did not have either of these cards.  I don't have any Wonder Stars cards in my collection, but I do have a bunch of the Jimmy Deans.  These were the prototypical oddball cards from the 1990s.  Love them both.

One other modern Cardinals card from the package..... 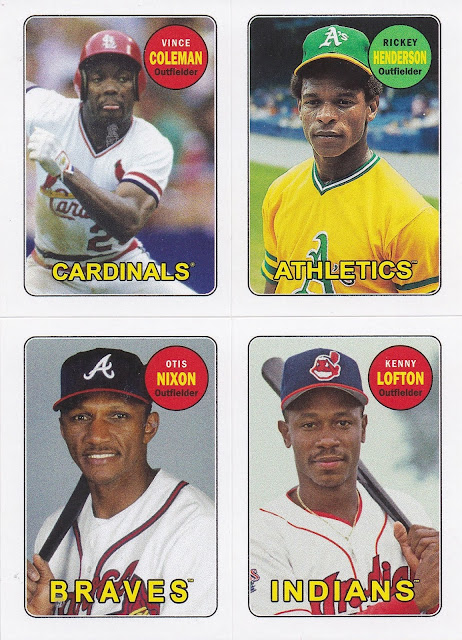 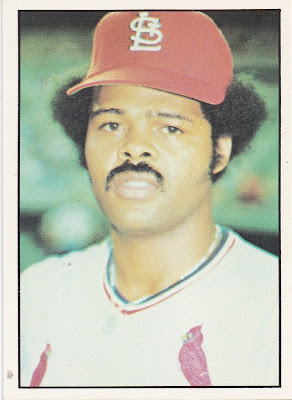 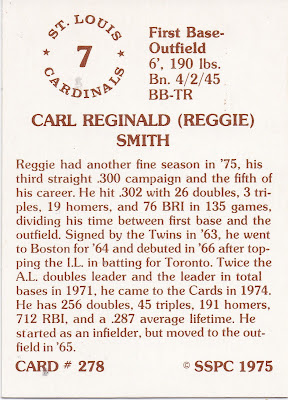 Next up is Reggie Smith from the 1975 SSPC set.  I always think of Reggie Smith as a Red Sox or Dodger, but he was with the Cardinals for a few years in the middle of his career.  Might be one of the better Cardinals players who really lacks a presence in my collection.  Not sure why, but just have never gone there.  I am a big fan of the SSPC cards too.  Simple designs are sometimes the best designs.
Which brings me to my three favorite Cardinals cards in the package.  Love those cereal cards. 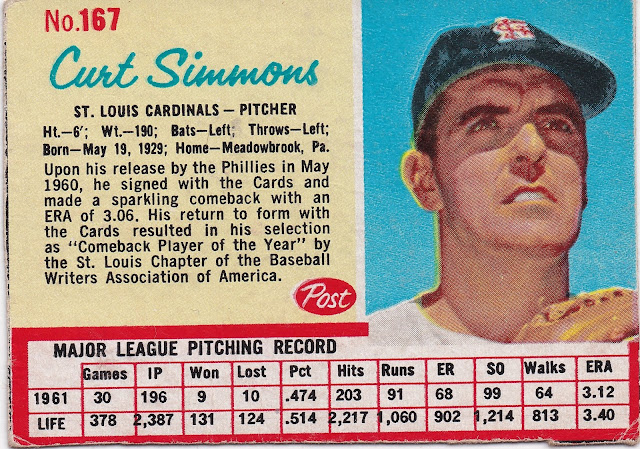 First up is a 1962 Post Cereal Curt Simmons card.  He the majority of his career as a Phillie, but had some good years with the Cardinals in the early parts of the 1960s, including the 1964 season, which ended with the a World Series over the Yankees.  These Post cards are fun.
Next up. 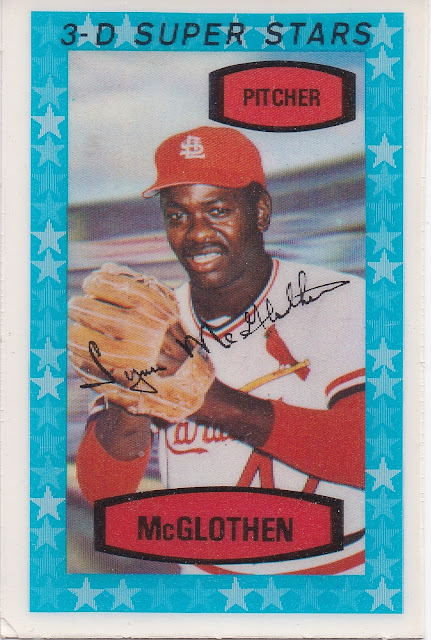 I have done a bunch with these Kellogg's cards over the past six months, but mostly with the 1980s sets.  Nothing really from the 1970s.  This McGlothen is from the 1975 set.  Beautiful card.  I have barely touched these 1970s Kellogg's, I would really like to add more of these at some point.  This is a great start. 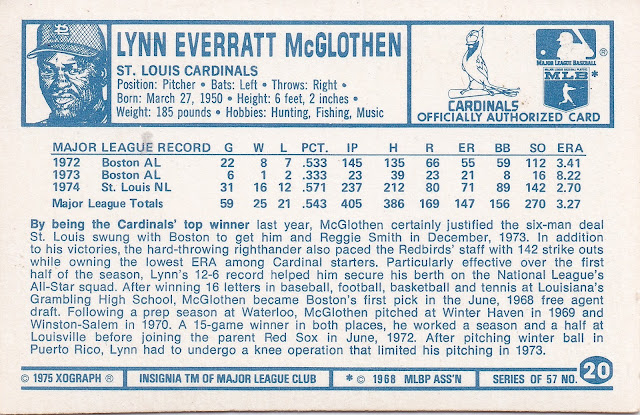 I like the back of the McGlothen card.  The sketch in the top left hand corner, the old Cardinals logo in the top right corner, all the copyrights across the bottom of the card.  Definitely an interesting card back.  It even has his hobbies up at the top, feels like the 1990s Studio cards might have copied off of these.
The last Cardinals card, which is tremendous.  Another Kellogg's card. 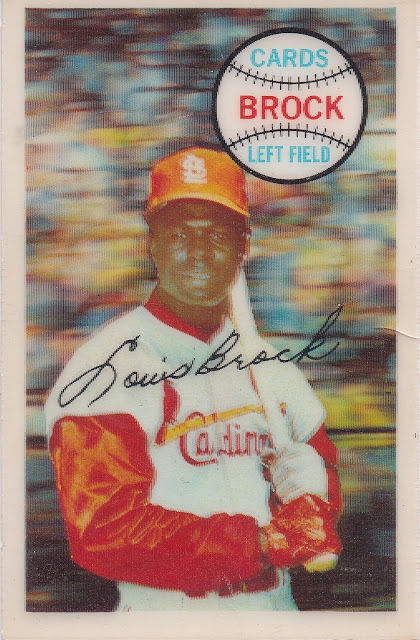 This is from the 1970 set.  One of the best oddball card sets of all-time, such a great looking product.  The other Kellogg's sets have all sorts of colored borders and designs, but the 1970 set has this simple white border.  I think it makes the pictures really pop. 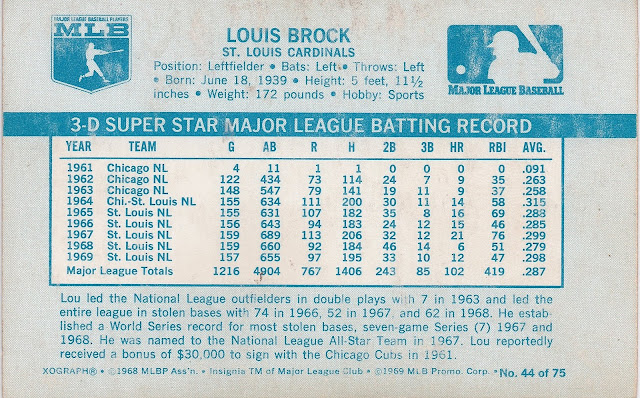 The back is really pretty standard with the stats and player vitals at the top of the card.  These last two cards really make me want to go out and find some more of the 1970s Kellogg's cards.  They are a project for another day, but still going to get added to my baseball card to do list.  Even if it does not happen for a year or two.
Last card in the package, and the only Durham Bulls related item. 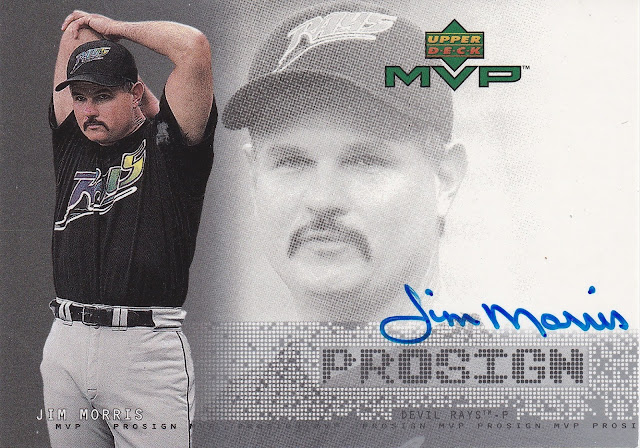 Jim Morris was a popular player in the early 2000s.  The movie "The Rookie" starring Dennis Quaid was based on his journey from high school science teacher and baseball coach, to player for the Tampa Bay Devil Rays.  He was actually a Minor Leaguer for the Brewers and White Sox back in the 1980s, played a few seasons, but blew out his arm.  He made a bet with the players on his high school team that if they won their district championship he would try out for a Major League team.  There is more story in there, but he made his way through the Rays system, which included a stop in Durham, before he reached the Majors.
It's a decent movie.  Not Bull Durham though.
Overall, a really great trade package from Shane.  Some great cards in here that will have a good place in my collection.
Source: thesnortingbull

Cards, And A Bull, For Some Cubs