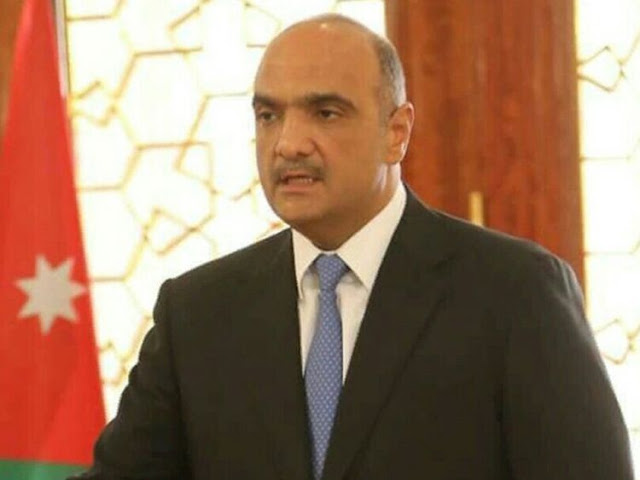 Last week, King Abdullah of Jordan appointed Bisher al-Khasawneh to be Jordan's new prime minister.
In 2007, Khasawneh wrote a book-length thesis for his PhD at The London School of Economics and Political Science, entitled "An Appraisal of the Right of Return and Compensation of Jordanian Nationals of Palestinian Refugee Origin and Jordan’s Right, Under International Law, to Bring Claims Relating Thereto, on Their Behalf to and Against Israel and to Seek Compensation as a Host State in Light of the Conclusion of the Jordan-Israel Peace Treaty of 1994."
The paper, predictably, doesn't even pretend to address whether international law considers descendants of refugees to have refugee status themselves, nor whether Jordanian citizens can be considered refugees and as such whether full citizens of a nation can have the "right of return." Instead, he selectively quotes from sources as irrelevant as the Magna Carta (purposefully omitting the exception written there "except in time of war.")
However poor his legal arguments are, this shows that Jordan's new prime minister has spent a great deal of time formulating arguments for lawfare against Israel on this topic.

Palestinian refugees have a right to return to their homes of origin in Israel and to the West Bank. They also have a right to compensation. The two rights, as indicated throughout this thesis are complementary and not mutually exclusive. The right of return and right to compensation naturally apply to Jordanian nationals who are of Palestinian refugee origin from the period of 1947-1949 and its aftermath or the 1967 war and its aftermath and their descendants. This right of return is clearly established in the context United Nations Resolutions, the law of nationality, human rights law and humanitarian law. It is also implied in certain provisions of the Jordan-Israel Treaty of Peace. The right of compensation for Palestinian refugees, including ones who are Jordanian nationals, is also well established in international law.

Interestingly, he also admits that Jews have the right of return and compensation from Arab countries:

Naturally, Jews who fled certain Arab countries and who were nationals of such countries in the context of the Arab-Israeli conflict have the right to return to their homes of origin in such countries and have a right to compensation, especially when the circumstances of their flight are similar to the ones in which Palestinian refugees were forced to leave predominantly under coercion

.
In the end, though, Khasawneh realizes that actual return is unlikely, so therefore he concentrates on compensation - and naturally he wants that compensation not only to go to the Palestinians in Jordan but to the Kingdom of Jordan itself!

Ultimately, the solution of the Palestinian refugee problem will predominantly be one that would allow the exercise of the right of return to a Palestinian State that emerges from the Peace Process when resumed subject to absorption capacity. Some refugees, in limited numbers, may be allowed to return to Israel.

The solution of the Problem of the overwhelming majority of Palestinian refugees who do not return to such a Palestinian state will most likely be through their settlement in countries in which they currently live or to third countries that are willing to resettle them. This would be coupled with paying compensation to those returning and non returning refugees.

Therefore, for realistic and practical purposes, Jordan would be advised to focus its claims to matters of compensation of its nationals of Palestinian refugee origin and compensation as a host country predominantly.Jordan should not wait until the Peace Process resumes before it initiates a process of negotiations with Israel and would indeed be better advised to delve into such a process without any further delay.

This could become a priority for Jordan's new government. Israel may want to prepare for any Jordanian legal maneuverings in this area.
We have lots of ideas, but we need more resources to be even more effective. Please donate today to help get the message out and to help defend Israel.
Source: elderofziyon