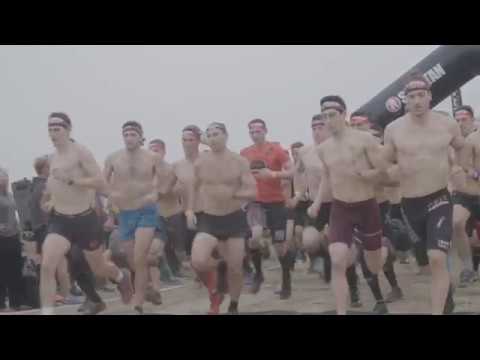 Jacksonville, FL (February 24, 2018) – The best endurance athletes in the country descended upon Jacksonville, FL over the weekend for the first race of the 2019 Spartan U.S. National Series, the premier Obstacle Course Race circuit, which unfolds at five locations across the country offering more than $110,000 in cash prizes. Jacksonville’s fast and flat WW Ranch Motocross Park, a new venue to the series, tested athletes grit as they raced across 8.5-miles of technical terrain and battled 25 obstacles on Spartan’s signature “Super” race course. In the end Massachusetts native Ryan Kempson took the first-place spot on the podium for the men with a time of 1:02:54 and Colorado’s Nicole Mericle placed first in the women’s category with a time of 1:08:50. The Jacksonville Super and Sprint Weekend was hosted by Visit Jacksonville.

Nearly 200 elite athletes competed for a piece of the event’s $16,000 prize purse. Placing behind Kempson, was Canadian Ryan Atkins (1:03:46) followed by Colorado native Ryan Kent. Ryan Woods from North Carolina, had initially edged out Atkins for second place, but was later disqualified due to illegal use of truss on the A-Frame Cargo Net (p. 14 of Spartan 2019 Rules), the final obstacle before the finish line. Canada’s Lindsay Webster (1:15:36) and Colorado’s Rose Wetzel (1:16:15) rounded out the women’s podium placing second and third respectively.

In addition to the elite competition, more than 8,000 racers of all ages and skill levels competed in the weekend’s events, which included the Spartan Super and shorter-distance Spartan “Sprint” race course, which features three-miles and 20 obstacles – and Boys and girls ages four to 13 competed in the Spartan Kids Race.

The U.S. National Series next heads to Saraland, AL March 16 before returning to scenic Snohomish, WA April 13 followed by mountains of Southern California’s Big Bear Lake May 18. The National Series champions will be crowned at the finale in Huntsville, UT on July 20, based on cumulative series ranking points.

The U.S. National Series leads to the Spartan North American Championship, which takes place August 24, 2019 in Glen Jean, WV – and will draw the best racers in the U.S., Canada and Mexico. To qualify for the regional championship, elite male and female racers must place in the top 10 during a U.S. National Series event as elite spots are scarce with just 600 total available (300 men and 300 women).

Spartan events focus on sport and athleticism, pushing the bodies and minds of competitors to the limit across miles of unforgiving terrain while conquering signature obstacles. With more than one million annual participants, and more than 200 events across more than 30 countries, Spartan is the world’s largest obstacle race and endurance brand. Visit Spartan.com for more information.

With more than 250 events across more than 40 countries on six continents, Spartan is the world’s largest obstacle race (OCR) and endurance brand. Providing transformation through sport, Spartan attracts more than one million annual participants across all fitness levels, from beginners to elite. More than five million participants have finished Spartan events, creating a lifestyle that extends beyond races including health and wellness products, training and nutrition programs, and popular media content, which has made OCR one of the fastest growing sports in the world. Spartan events feature races at various distances: Stadion and Sprint, 3-mile/5-km and 20 Obstacles; Super, 8-mi/13-km and 25 Obstacles; Beast, 13-mi/21-km and 30 Obstacles; and Ultra, 30-mi/50-km and 60 obstacles.  Visit spartan.com for more information and registration.