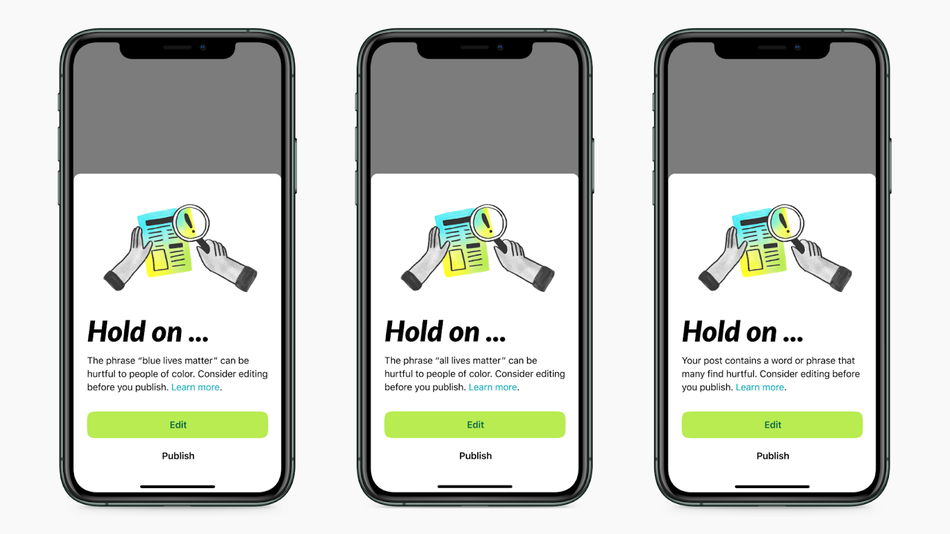 Community app Nextdoor launched its latest feature in a series of anti-racist initiatives, this time prompting users to think before they post "offensive or hurtful" language in their neighborhood forums. The new "anti-racism notification" specifically alerts users if they are trying to post discriminatory or overtly racist language, including posts with the phrases "All Lives Matter" and "Blue Lives Matter."

Nextdoor, founded in 2008, is a community networking app that connects users with others living in their area to share news, resources, and engage with one another using community forums. Designed to encourage discussion, the app has received ample criticism for not protecting its users from offensive language in past years, prompting the company to make large-scale commitments to creating safer, kinder forums. Read more...