This blog was authored by Liz Parody, Developer Relations Manager at NodeSource.

Node.js 6.x (“Boron”), which has been maintained as a long-term stable (LTS) release line since fall of 2016, is reaching its scheduled end-of-life (EOL) on April 30, 2019. After the maintenance period ends, Node.js 6 will no longer be included in Node.js releases. This includes releases that address critical bugs, security fixes, patches, or other important updates.

Recently, AWS has been reminding users to upgrade AWS Lambda functions built on the Node.js 6 runtime to a newer version. This is because language runtimes that have reached EOL are unsupported in Lambda.

Requests for feature additions to this release line aren’t accepted. Continued use of the Node.js 6 runtime after April 30, 2019 increases your exposure to various risks, including the following:

Key differences between Node.js 6 and Node.js 10

Metrics provided by the Node.js Benchmarking working group highlight the performance benefits of upgrading from Node.js 6 to the most recent LTS release line, Node.js 10:

While benchmarks don’t always reflect real-world results, the trend is clear that performance is increasing in each new Node.js release. [Data Source]

The most recent LTS release line is Node.js 10 (“Dubnium”). This release line features several enhancements and improvements over earlier versions, including the following:

“While there are a handful of new features, the standout changes in Node.js 10.0.0 are improvements to error handling and diagnostics that will improve the overall developer experience.” James Snell, a member of the Node.js Technical Steering Committee (TSC) [Quote source]

If you install N|Solid as a Lambda layer, you can begin migration and testing before the Node.js 6 EOL date. You can also easily switch to the Node.js 10 runtime provided by AWS when it’s available. Choose between versions based on the Node.js 8 (“Carbon”) and 10 (“Dubnium”) LTS release lines. It takes just a few minutes to get up and running.

First, when you’re creating a function, choose Use custom runtime in function code or layer. (If you’re migrating an existing function, you can change the runtime for the function.) 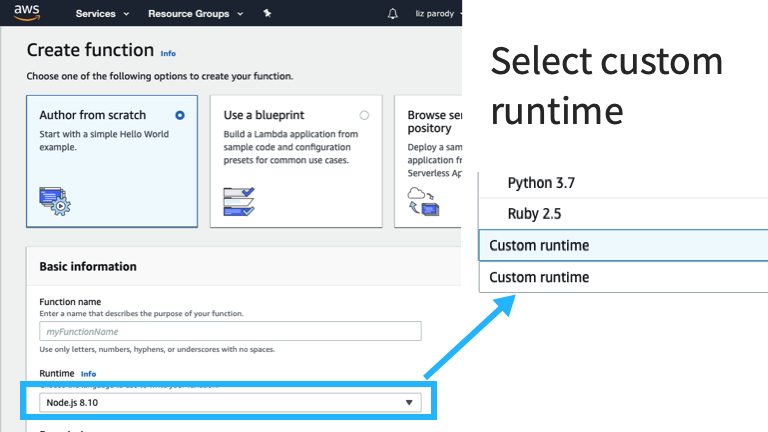 Next, add a new Lambda layer, and choose Provide a layer version ARN. You can find the latest ARN for the N|Solid Lambda layer here. Enter the N|Solid runtime ARN for your AWS Region and Node.js version (Node.js 8 “Carbon” or Node.js 10 “Dubnium”). This is where you can use Node.js 10. 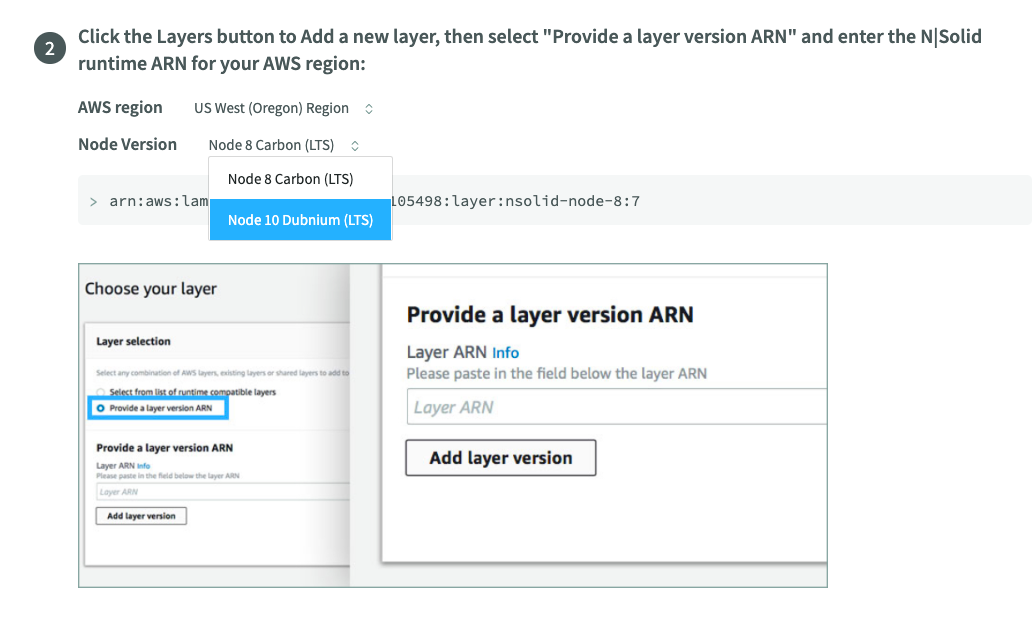 That’s it! Your Lambda function is now set up to use Node.js 10.

You can also update your functions to use the N|Solid Lambda layer with the AWS CLI.

To update an existing function:

In addition to the Node.js 10 runtime, the Lambda layer provided by NodeSource includes N|Solid. N|Solid for AWS Lambda provides low-impact performance monitoring for Lambda functions. To take advantage of this feature, you can also sign up for a free NodeSource account. After you sign up, you just need to set your N|Solid license key as an environment variable in your Lambda function.

That’s all you have to do to start monitoring your Node.js Lambda functions. After you add your license key, your Lambda function invocations should show up on the Functions tab of your N|Solid dashboard.

For more information, see our N|Solid for AWS Lambda getting started guide.

Upgrade to Node.js 10 LTS (“Dubnium”) outside of Lambda

Not only are workloads in Lambda affected, but you must consider other locations where you’re running Node.js 6. I review three more ways to upgrade your version of Node.js in other compute environments.

To install NVM on *nix systems, you can use the install script using cURL.

For Windows-based systems, you can use NVM for Windows.

After NVM is installed, you can manage your versions of Node.js with some simple AWS CLI commands.

To download, compile, and install the latest release of Node.js:

To install a specific version of Node.js:

To upgrade Node.js without a tool like NVM, you can manually install a new version. NodeSource provides Linux distributions for Node.js, and recommends that you upgrade using the NodeSource Node.js Binary Distributions.

Most production applications built on Node.js make use of LTS release lines. We highly recommend that you upgrade any application or Lambda function currently using the Node.js 6 runtime version to Node.js 10, the newest LTS version.

To hear more about the latest release line, check out NodeSource’s webinar, New and Exciting Features Landing in Node.js 12. This release line officially becomes the current LTS version in October 2019. 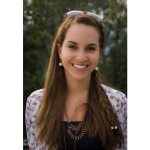 Liz is a self-taught Software Engineer focused on JavaScript, and Developer Relations Manager at NodeSource. She organizes different community events such as JSConf Colombia, Pioneras Developers, Startup Weekend and has been a speaker at EmpireJS, MedellinJS, PionerasDev, and GDG.

She loves sharing knowledge, promoting JavaScript and Node.js ecosystem and participating in key tech events and conferences to enhance her knowledge and network.

LaptrinhX
—
Node.js 6 is approaching End-of-Life – upgrade your AWS Lambda functions to the Node.js 10 LTS
Share this