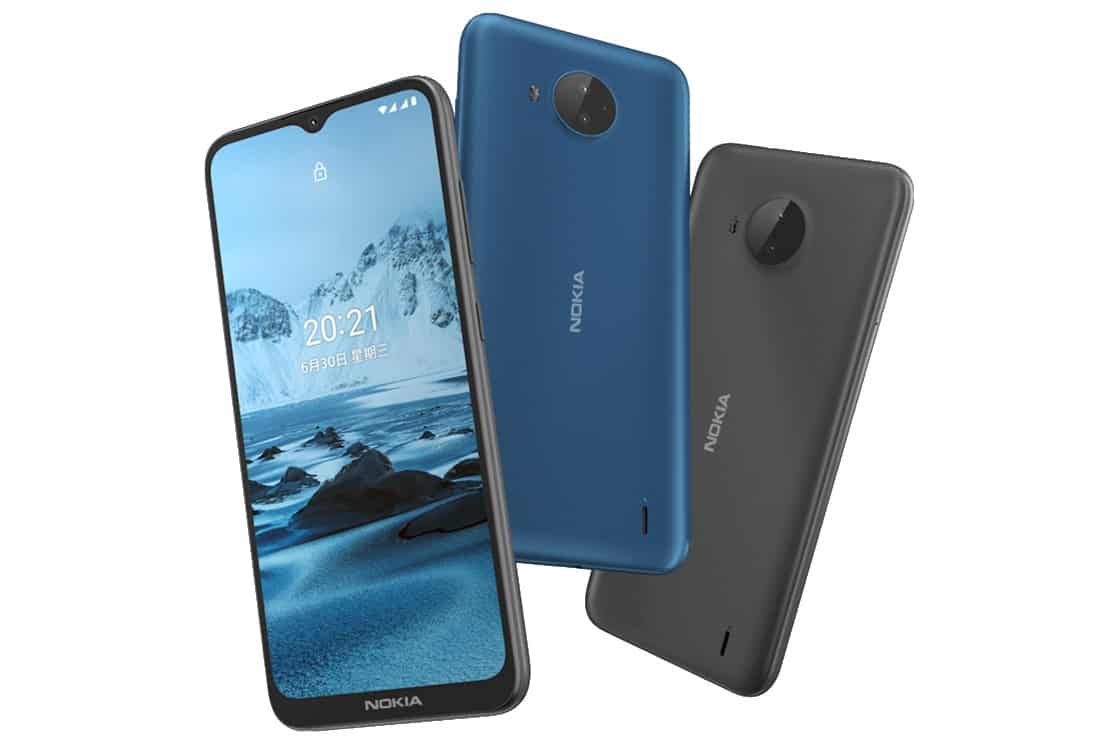 The Nokia C20 Plus has been officially announced. This is HMD Global’s new budget smartphone which comes with Android 11 Go Edition OS. The device will get at least two years of security updates thanks to that fact.

The Nokia C20 Plus has a rather thick ‘chin’

We’re not sure what materials HMD Global used to make this phone, but we’d guess it’s made out of plastic. The device has a waterdrop display notch, and a rather thick ‘chin’. Its bottom bezel is noticeably thicker than the rest of them. Nokia’s logo is embedded down there, as well as on the back of the phone.

The Nokia C20 Plus comes with a rear-facing speaker, while its buttons are on the right. The power / lock key sits below the volume up and down buttons. The phone has two cameras on the back, and they’re a part of a circular camera island.

The phone includes a large battery, and an audio jack

There are two SIM card slots here (2x nano SIM), and a dedicated microSD card slot. A 4,950mAh battery is also a part of the package, while fast charging wasn’t mentioned. The device does not offer wireless charging.

An 8-megapixel main camera is placed on the back, along with a 2-megapixel depth camera. You’ll also notice an LED flash back there. A 5-megapixel selfie camera is also included in the package.

The device does come with a 3.5mm headphone jack, and FM Radio support. Bluetooth 4.2 is also included here, while a micro USB port sits at the bottom. You won’t find a Type-C port here.

The Nokia C20 Plus comes in Ocean Blue and Graphite Black color variants. It has been announced in China, and it’s priced at CNY699 ($109). It will become available in China soon, while it will likely make it to other markets as well. The post Nokia C20 Plus Is Here With A Large Battery & Android 11 Go Edition appeared first on Android Headlines.