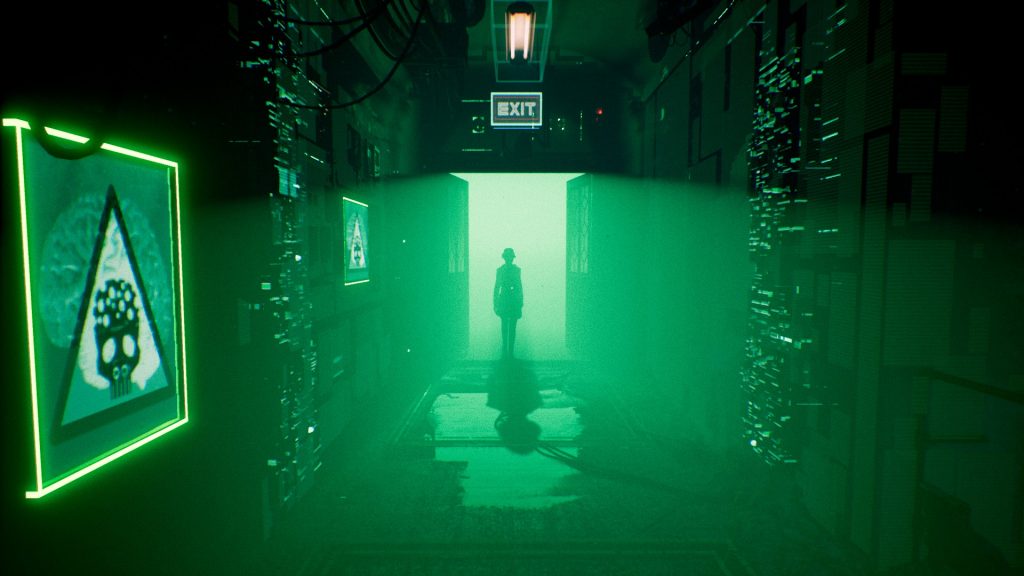 Back in March, I was fortunate enough to have a full-time job that allowed me to quarantine and still get paid. During this time, I finally got around to that backlog many of us #gamers too often ignore. While I played some old favorites, like the entirety of the Halo series, and some of the last generation’s greatest games (by “some,” I mean Yakuza 0, obviously), Bloober Team’s Observer was one that stood out the most.

“[Observer: System Redux] might not be the graphical showcase to show off your new console or PC to your friends, but it improves on what is already a fantastic horror experience.”

Observer stands out for me for a number of reasons. First, although I absolutely adore horror as a movie genre, horror games freak me out way too much for me to really get into them. Second, it is heavily inspired by my favorite film of all-time, Blade Runner. Lastly, it tells such an interesting tale by weaving both the horror and cyberpunk genre in a unique way. It actually surprised me how much I enjoyed Observer despite some of its faults in gameplay and performance.

However, those qualms have mostly been rectified with Observer: System Redux, a remastered version of the sci-fi horror game which includes three new side cases, upgraded graphics, and other quality-of-life improvements. It might not be the graphical showcase to show off your new console or PC to your friends, but it improves on what is already a fantastic horror experience.

Set in 1984 with a dystopian sci-fi version of Poland as the backdrop, you take the role of Daniel Lazarski (portrayed by the late Rutger Hauer), a policeman tasked with investigating a death in a grimy apartment building known as “The Stacks.” However, he’s not just any ol’ policeman. He is an Observer, a special augmented detective who can hack into their suspect’s mind to find the evidence they need to solve their case. 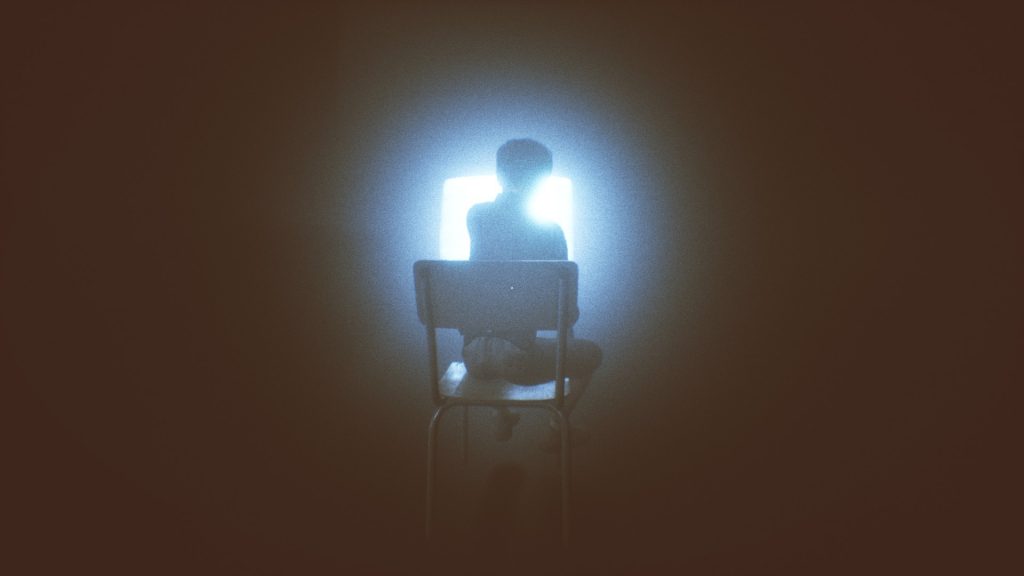 As such, Lazarski takes it upon himself to hack into the victims of a mysterious attack to solve his assigned case. However, it seems to make him less and less sane after each time he feeds on their dreams. The story is simple in that Lazarski must simply solve a murder case, but it boasts a tremendous amount of depth once you learn about “The Great Decimation,” the Nanophage, and Lazarski’s personal road to redemption.

The story of Observer: System Redux is a mesh of dystopian sci-fi themes and horror atmosphere. In many ways, the game attempts to answer the question, “What does it mean to be human?” It’s a query many films, TV shows, and video games attempt to answer, but many falter with. While I don’t think Observer is a shining example of how to portray a dystopian cyberpunk landscape, I think its own unique take on the age-old question is interesting, and one worth seeing through.

Much of the story and its many side missions are worth checking out for the visuals alone. It’s a corny thing to say, but some of the set pieces in Observer: System Redux almost looks like a painting. Albeit, a really messed up and haunting painting, but beautiful nonetheless. 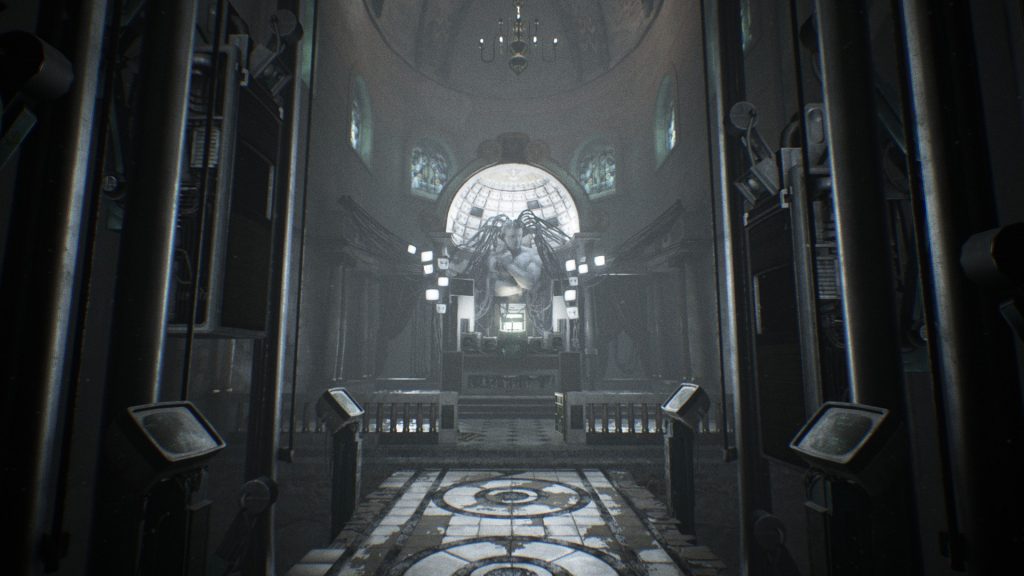 These impressive visuals are mostly due to the new improvements Observer: System Redux brings to the original. On my initial playthrough of the original release, I thought the art direction was fantastic, but graphically, some of the scenes lacked depth. A lot of it had to do with lighting, but there was just not a lot of detail in the NPC models and environments. For this new remaster, Bloober Team has updated its character models, animations, and effects, as well as added ray-tracing. Overall, these additions are a definite improvement. Every scene, whether you’re walking down one of the empty hallways or tripping out within your witnesses’ dreams, is stunning in its own way.

While it really does look great, I don’t really think Observer: System Redux will be a game to showcase your new console’s capabilities. I mean, the game looks great, but it doesn’t showcase any one feature in a way no one else has. Graphically, it looks great but it doesn’t compare to games like The Last of Us Part 2. Its ray-traced lighting is rad but it isn’t as rad as Control’s use of ray-traced lighting. To put it simply, it features everything it advertises but it’s not the most exemplary example of any one of those features. 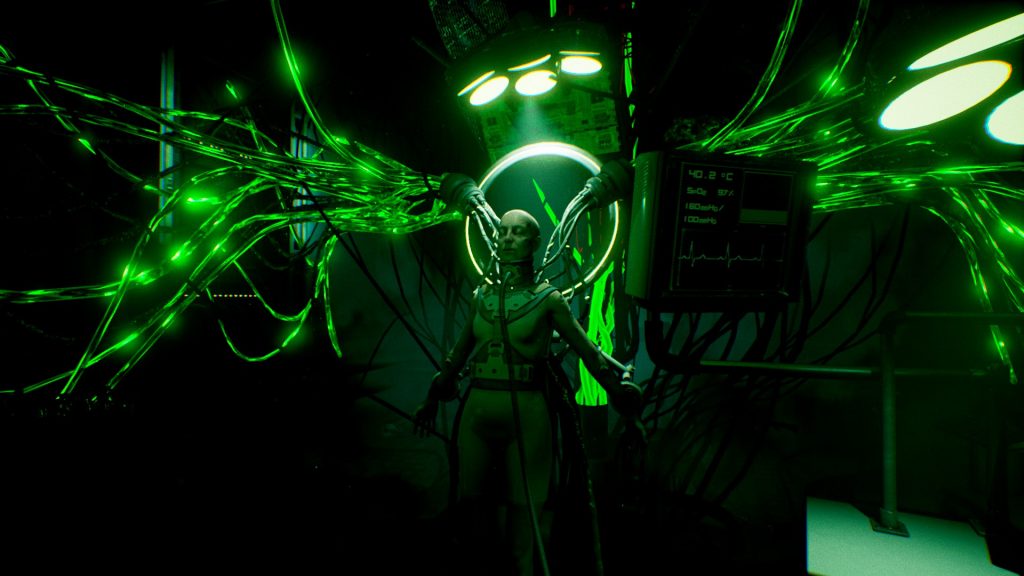 “If you haven’t played it already, and you really dig horror and sci-fi stories, then you should absolutely play this game.”

Observer: System Redux also adds three new side cases: Errant Signal, Her Fearful Symmetry, and It Runs in the Family. More than the graphical improvements, these new stories would be the reason anyone who has played this game recently would even think of diving back into Bloober Team’s dark dystopian Poland. However, I’m not quite sure it really adds much substance to the core experience of Observer. There are some really great looking set pieces and interesting puzzles to solve in the new side cases, but I’m not sure each case is great enough to play the game again.

With all these new additions and improvements, I guess the answer some of you are looking for is whether Observer: System Redux is worth checking out if you’ve already played through the original. Well, there are several answers to that question. If you haven’t played it already, and you really dig horror and sci-fi stories, then you should absolutely play this game. If you played it and enjoyed it the first time, like myself, then yes, you should totally play Observer again. If you are looking for a game to show off your new toy to your friends or specifically want to see what cool new things Bloober Team added to Observer: System Redux, then you can definitely skip this one.