As a kid I had many pen pals. I wrote hundreds of letters up until around the age of 20 I think, but then I lost contact with most of my pen pals and my bestie moved closer to me. E-mail became available (and I remember how extremely exiting that was – a new form of super quick, private and immediate communication). 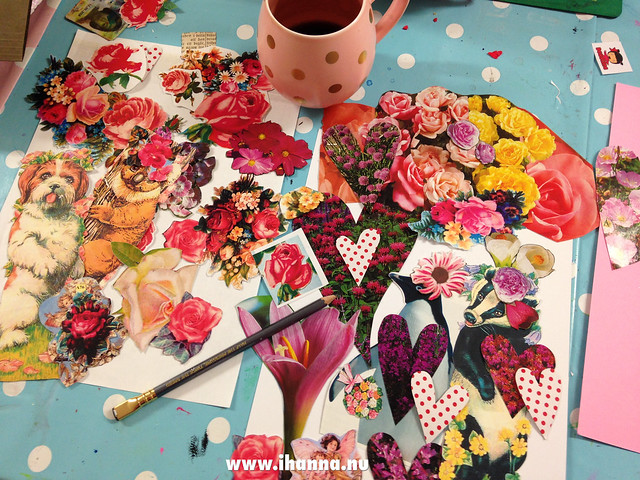 I guess I lost interest in the art of writing letters by hand, or at least found new interests that filled my time. And even back then, when I did write mostly by hand, I loved typing my letters up and printing them out, trying different fonts and making them look fancy like a magazine, so when it comes to communicating I think that computers and e-mail was my jam…

These days I write my letters on this blog, to all of you and those whom it may concern, about what I make and think about. My mail art has therefor always been of the handmade postcard variety, short and sweet, with the focus on the visual front rather than the words on the back.

I like postcards so much because they’re like a moving exhibition, where the postman and the rest of the family (and world when shared online) gets to view them too, without opening personally addressed envelopes or having to look into a private art journal… 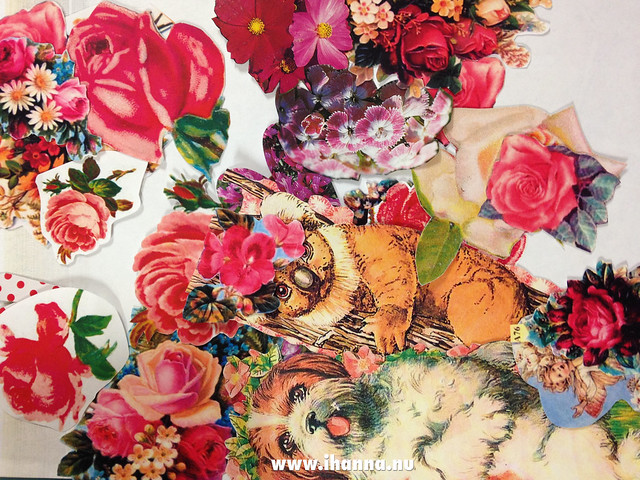 When I make postcards for the DIY Postcard Swap they give me a window to the world outside the computer. It’s not as labor intensive as making my wall hanging art projects, but just as rewarding. Plus like I mentioned before, it involves a few more people than myself. I love that!

This year I started thinking about making postcards around Valentine’s Day, but I didn’t find enough energy or time then to finish anything. Instead I sat listening to audio books and fussy cut out a lot of different images, mostly flowers.

Dad cleaned out his stash of garden magazines this winter, and I took care of a few to use in my collage work. The rest went to into the recycling bin I think, because there were about 10 years of them, and he saved every issue. Magazines are lovely to get, but when they accumulate they take up a lot of space. We always think we’ll read them again, but will we really? 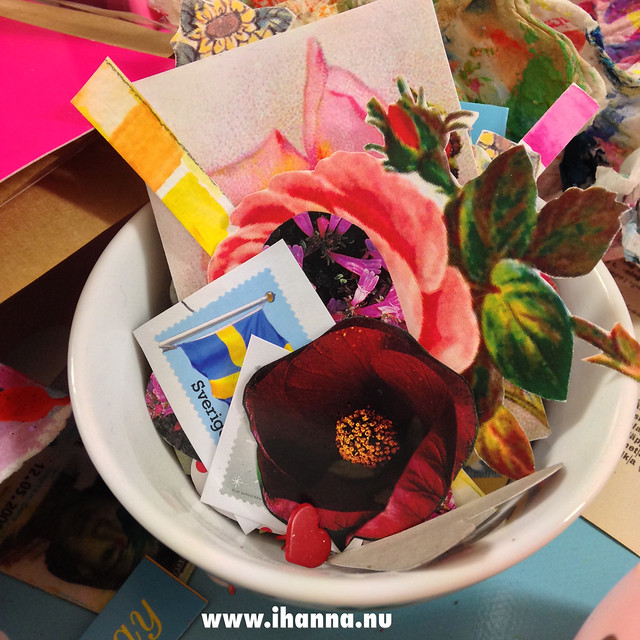 I’ve got about 3-4 years worth of Cloth Paper Scissor from when I was subscribed to it (before it got thinner and too much of same-same). I love it as a collection, but should I keep them for ever? Give them away as they are, or should I cut into them and save some articles? I haven’t decided yet, so they’re still taking up valuable shelf space in the book shelf.

(Decluttering and minimalism are both very interesting topics that are still hot. I doubt I’ll ever be a minimalist, but I’m always trying to keep my belongings to a minimum because of my small apartment… Maybe a topic for another day?).

I’ve shown you one of my almost-finished postcards already (the sweet koala postcard).

Here are are few more in the making: 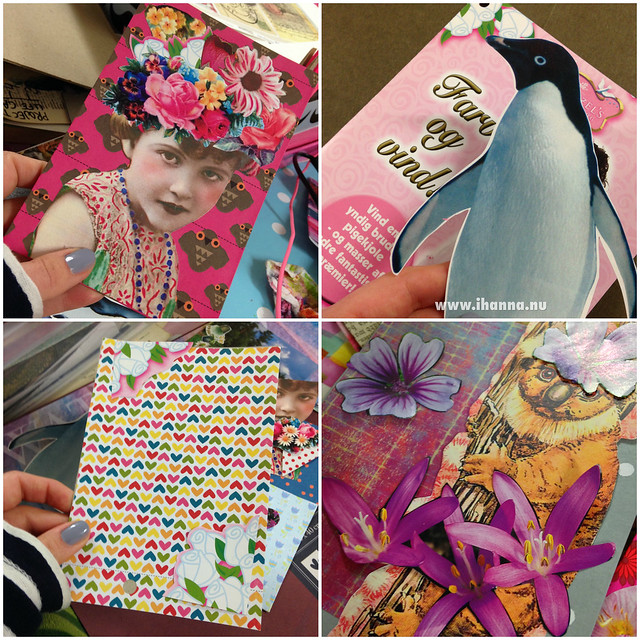 Cutting out stuff from magazines is so soothing, as I’ve mentioned many times before. Getting rid of magazines is not very soothing though, so I’ll keep making postcards and actually use the cut outs I accumulate. In case you want one, sign up for the postcard swap and maybe you’ll be the lucky receiver of one my postcards…

Be a pen pal, make your own postcards

Did you know that you can download the free postcard template here, and there is still time to sign up for the DIY Postcard Swap.

Thanks for visiting my blog and maybe even leaving me a comment below? Double thanks in that’s the case, maybe I can start to consider you my new Pen pals? But please know I need you to write me back, I’m quite impatient… ;-)

LaptrinhX
—
Pen pals, Postcards and my Messy Desk
Share this