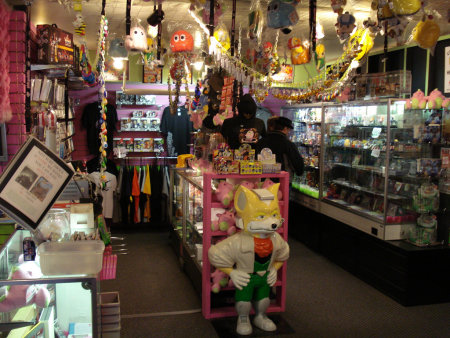 Over the last few days I was given the opportunity to fly out West for an internship interview with a large Redmond-based software company. The interview was a really great experience and probably deserves its own post down the road, but today I have something far nerdier to talk about.

While I was in the Seattle area and looking for touristy things to do, Mister Raroo suggested that I check out Pink Godzilla, an independent gaming store famous for its selection of rare imports and retro titles. I’m not a collector and most of the neat stuff was out of my price range, but I had a great time looking around and talking to the friendly and knowledgeable staff. I took loads of pictures, but here are some of the highlights from my visit: 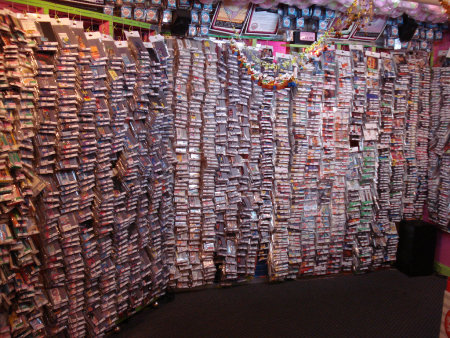 This is the “retro wall” covered in used NES/Famicom, SNES/Super Famicom, and Playstation titles (click through links for close-ups). Old games have awesome box art. 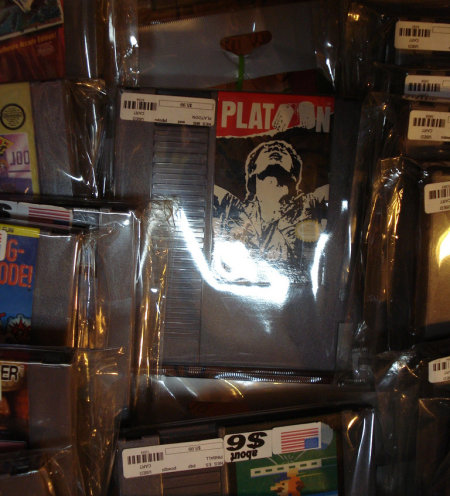 Apparently there was a licensed Platoon game for the NES? It looks pretty terrible and only vaguely related to the film. 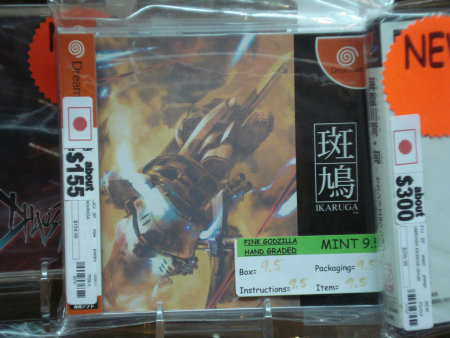 A mint Japanese copy of Ikaruga for the Dreamcast, located in their rare games cabinet. 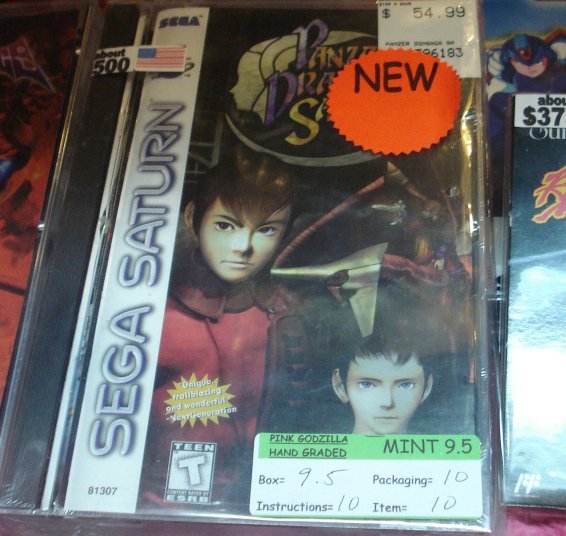 One of the most expensive rare games, an unopened copy of Panzer Dragoon Saga for the Sega Saturn. 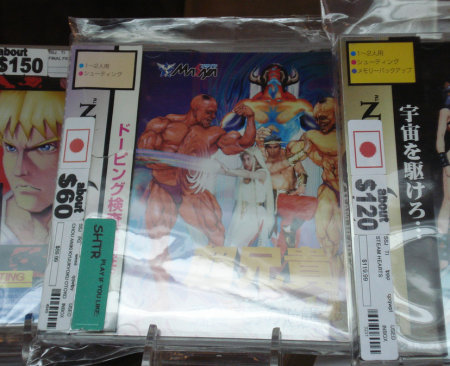 This appears to an entry in the extremely weird Japanese games series Cho Aniki. 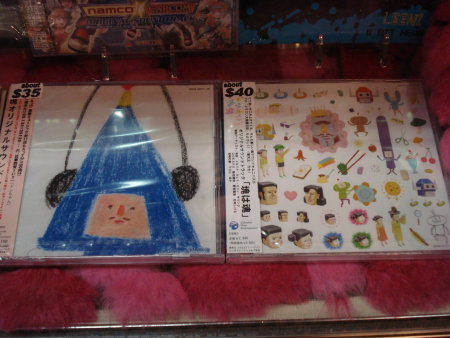 There were a bunch of awesome game soundtracks, including this pair from the Katamari Damacy series.

You can check out the rest of the series over on Flickr. Pink Godzilla is a fascinating store, if you’re ever in the Seattle area I highly recommend going out of your way for a visit.