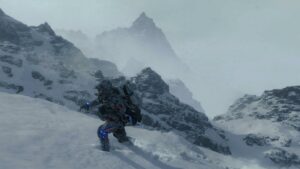 Sony is celebrating Halloween with a special themed sale on the PlayStation Store.

Interestingly, not all of these games are horror-themed, as there are a number of colourful platformers mixed in here. In any case, there are some notable deals, including:

Check out the full list of Halloween deals here. These offers run until November 3rd.

Additionally, there’s a ‘Games Under $30’ sale running concurrently. Some of those deals include:

The full list of ‘Deals Under $30’ offers can be found here. These sales end on October 29th.

It’s important to note that Sony confirmed last week that the PlayStation 5 will support virtually every PS4 game when it launches on November 12th. While only select titles will receive actual enhancements, you can at least have the peace of mind in knowing that you can still buy these games (or nearly any other) and play them on PS5 if you’re planning on jumping to next-gen.