Just recently, a Virtual and Augmented Reality movie came out that’s snatching the attention of both tech enthusiasts and sci-fi fanatics alike. Directed by Steven Spielberg, known for Saving Private Ryan and Jurassic Park, Ready Player One is based on Ernest Cline’s best-selling 2001 sci-fi novel.

The movie is set in Oklahoma City in the year 2045. Most people try to escape reality through a VR world called OASIS (Ontologically Anthropocentric Sensory Immersive Simulation), as their ultimate playground. It is a world where people can connect, play and even touch and feel each other without being physically together. Before the creator of OASIS, James Halliday(played by Mark Rylance) died, he programmed a quest to collect three keys and find a hidden Easter Egg. The first to find the Easter Egg would be rewarded half a trillion dollars and full control over the OASIS itself. The quest is where players race with a DeLorean, avoid and get pass through King Kong, battle with Iron Giant, and other adventures where you can geek out movie references yourself when you watch the movie (no more spoilers!).

Through the years, modern technology is becoming the essence of the words “useful” and “cool.” Artificial intelligence applications such as; self-driving cars, voice-controlled assistants, and robots that can converse using human language are some of the most fascinating and coolest inventions today. Matching the speed of other technological advances, Virtual Reality(VR) and Augmented Reality(AR) step up their games by making reality more exciting.

What is Augmented and Virtual Reality and how are they different?

To understand how AR and VR fire reality up, we have to know first what they mean. “Virtual” means near or imitation, and “reality” means real life or the actual thing. In short, virtual reality is an imitation or a virtual version of the actual world using special gadgets, such as helmet or headset. 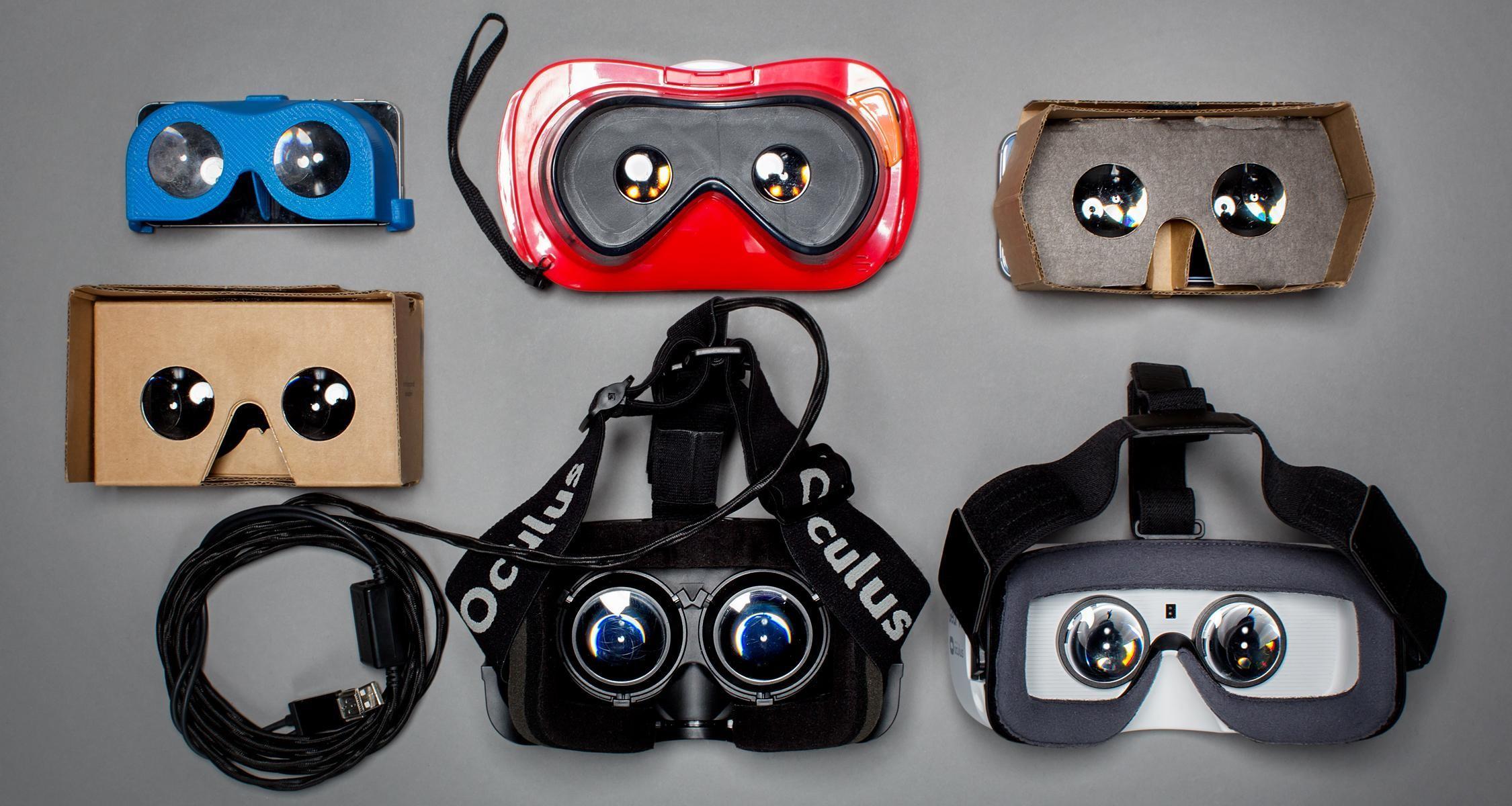 The most commonly used medium for VR technology is using a Virtual Reality Headset, a wearable device that provides virtual reality and produces realistic images, sounds, and other sensations. It makes the wearer able to “look around” and imitates the wearer’s physical presence and even movements, in a virtual world. Oculus Rift, Google Cardboard, Sony PlayStation VR, and Samsung Gear VR, are some of the most popular VR headsets today.

On the other hand, “augmented” means to make (something) greater by adding to it. To put it simply, AR enhances reality digitally. Using smartphones or tablets, AR provides both actual and virtual view of a physical world blended with informative virtual components about the environment. It also creates digital images that blend with the physical world in real-time. 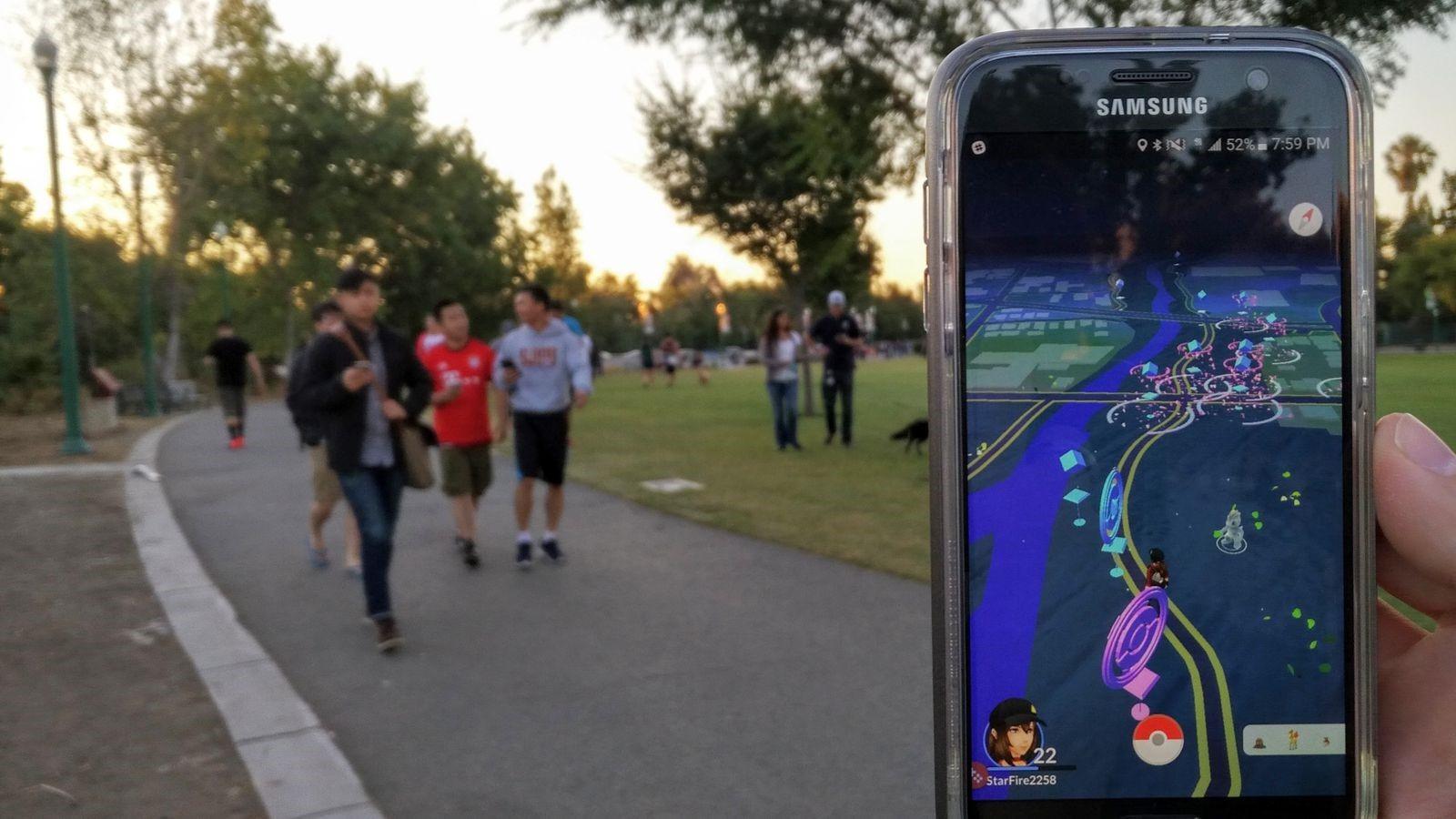 Pokemon Go, a game developed by Niantic for both iOS and Android, is one of the famous examples of augmented reality. Using the players’ mobile devices, they can look around the real world and try to catch and even train virtual creatures, known as Pokemon.

Virtual Reality and Augmented Reality are just some of the most popular technologies today. But their origin started way longer than most people know. Some of the early attempts of virtual reality started with viewing two photos through reflecting mirrors.

Started from the Stereoscope of Sir Charles Wheatstone in 1838, a device to view two separate images reflecting from a pair of mirrors which create an illusion of one 3D image, followed by David Brewster’s Lenticular Stereoscope 1849, similar to Wheatstone’s Stereoscope but it’s a closed box with two lenticular lenses. 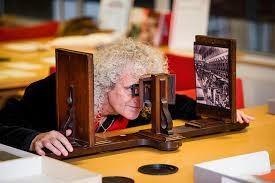 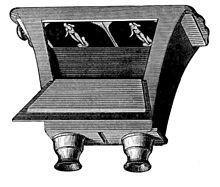 Then in 1962, Morton Heilig invented the theater machine called “Sensorama.” It played 3D films with stereo sounds, winds, and even aromas that create an immersive sensory experience for the viewer

Next to Sensorama was the “Sword of Damocles,” a work of Ivan Sutherland in 1968, widely considered as the first VR head-mounted display(HMD), that was connected to a computer that enabled the wearer to see a virtual world.

The term “virtual reality,” however, was first used in 1989, by the founder of VPL Research, Jaron Lanier, whose research data contributed products to the evolution of the VR industry. And 1992 was the birth of the term “augmented reality,” which first used by a Boeing researcher, Tom Caudell. The term “augmented reality” was used to describe the head-mounted virtual display that mixed digital graphics to physical reality, used by aircraft electricians. It creates see-through HMD to guide assembling wire bundle in aircraft. Since then, AR and VR gradually became mainstream. Source: (David Mizell, 1992) 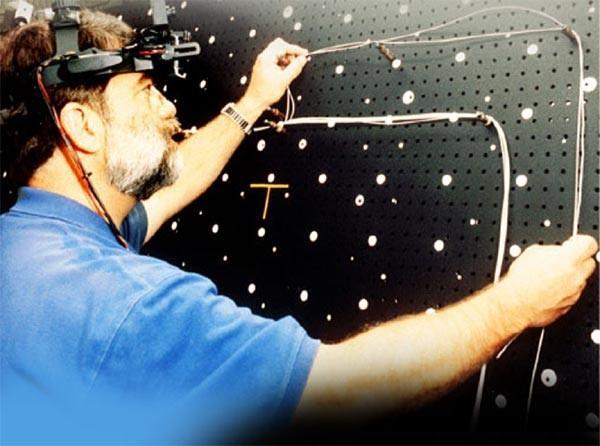 More Than Just for Entertainment

Both AR and VR are widely known for gaming, but they offer other uses more than entertainment that most people probably don’t know about. VR is currently being used for education, healthcare, scientific visualization, construction, and engineering, and even in military—this includes all the three services; Army, Air Force, and Navy—for training purposes such as; battlefield training, riding fighting jets, armored vehicles, tanks, submarines and even parachute jumping, with the simulated sensation of the actual experience. 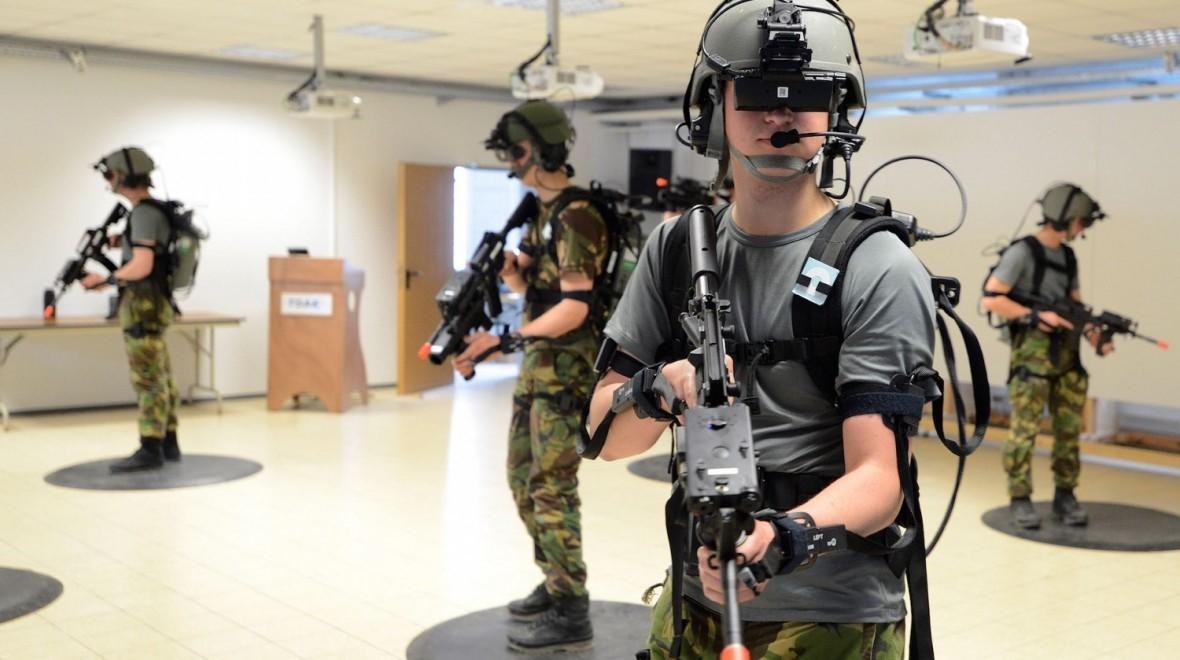 VR development is still progressing, and its benefits still aren’t fully realized yet. Ylva Hansdotter, Head of VR for Impact, HTC Vive, stated that the “potential for VR to help us understand and transform ourselves and the world around us is limitless. It is crucial that the VR industry comes together in these formative years to fully leverage this potential for social good.”

When you think about Augmented Reality, the word “useful” probably comes next to mind.  Apple’s CEO, Tim Cook, is betting big on augmented reality. Last June 2017, Apple announced an Augmented Reality development platform—as the first big step in AR development, called ARKit. ARkit allows developers to create high-detailed AR experiences for iPhone and iPad users. Using the camera of the device, it can capture 3D virtual objects, text, and characters that overlays the actual world, helping us to enhance and understand the real world through smartphones.

American Airlines is one of ARKit’s useful apps; it’s a living map at the airport with overlaid information such as departing gate, restrooms, and restaurants. Its purpose is to help lost passengers or those who are not familiar with the airport. Also, Apps such as Carrot Weather, Fitness AR, Ikea Place, MeasureKit, and Tapmeasure are just some of the many useful AR apps today that can be used from a weather forecast to measuring walls or the floor, and for other architectural and interior designing purposes.

Cook strongly believes in AR’s future; he said, “I view AR as profound. Not today, not the app you’ll see on the App Store today, but what it will be, what it can be. I think it’s profound.”

What the Future of AR/VR Holds

Escaping reality by entering an artificial world through VR, and changing the way you look at the world with useful virtual information and elements through AR, the reality is taken to the next level by these two modern technology advances. Both are showcasing their individual value in various fields that surely is beneficial for many. But useful and cool as they are now, both Virtual Reality and Augmented Reality still got a lot for us to watch out for in the future.

When talking about AR and VR, let’s not forget about the famous Facebook co-founder, Mark Zuckerberg. Last 2016, Zuckerberg articulated his vision about how VR will improve social connections and interactions using VR headset, more specifically, the Facebook-owned Oculus VR. According to a Facebook blog post, the future VR will “enable even more types of connection—like the ability for friends who live in different parts of the world to spend time together and feel like they’re really there with each other,” giving us the hope for more “real” future VR experiences.

In addition to that, the vision for the future of AR is also something to look forward to. At the F8 Facebook Developer Conference in San Jose, California last April 2017, Zuckerberg also announced his plans for working on AR glasses, as Facebook’s big future bet. AR glasses are futuristic lenses that contain informative virtual texts and images on top of the physical world. In that same event, Michael Abrash, the chief scientist of Oculus, gave a somewhat, prophecy and declared, “Twenty or 30 years from now, I predict that instead of carrying stylish smartphones everywhere, we’ll wear stylish glasses. Those glasses will offer VR, AR and everything in between, and we’ll wear them all day and use them in almost every aspect of our lives.”
Attempting to gradually materialize sci-fi we used to just watch in movies and read on futuristic novels, the visions of well-known people for AR and VR really are mind-blowing and undeniably exciting. Right now, both are acting as doors, gates, or even portals—if you would—that connect us to virtual worlds. Maybe one day, we could really have stylish, cool and useful AR glasses we could carry anytime and anywhere, and VR and AR could give us the ability to feel and be with our loved ones on the other side of the world without being physically together. If that happens, then AR and VR won’t just connect us to virtual worlds, but like how it occurs in the movie Ready Player One, it will also connect people to each other and provide a more exciting and more hyped-up reality than what we’re experiencing now.