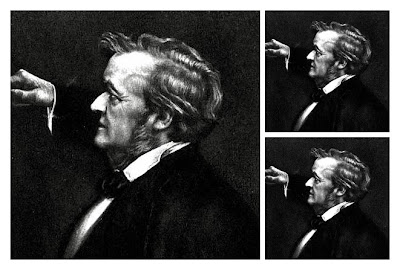 Written By: Peter Isackson
According to Alex Ross in his book, “Wagnerism: Art and Politics in the Shadow of Music,” Richard Wagner was more than the composer who dominated German music in the second half of the 19th century. He became a towering cultural icon who transformed the way culturally influential people and even politicians thought about art and the values associated with it.

His influence wasn’t limited to the arts. His reputation had the misfortune of becoming tarnished by an association with Naziism. Wagner himself cannot be held responsible for the association with Adolf Hitler since the composer died six years before Hitler was born. But though Wagner’s anti-Semitism must have pleased Hitler, the Fuhrer admired the music for other reasons, more closely linked with its patriotic mythology. It is no coincidence that Wagner’s art belongs to an era that privileged aggressive racist nationalism in Europe.

Wagner was unquestionably an innovator. Any musician who listens to even random excerpts of his orchestral music and opera scores cannot but be impressed by the subtle complexity of his art. Thanks to his Promethean ambition, Wagner achieved the singular feat of both subverting the inspired individualism at the core of his century’s romantic tradition and fulfilling the romantics’ paradoxical ambition of formulating new principles for achieving collective domination.

He rejected the social drama of the Italian masters of opera — Verdi, Rossini, Donizetti — who worked in a tradition perfected by Mozart. The Italian tradition used melody and recognizable harmonic structures as the structuring factors that permitted the expression of human pathos. Wagner’s sense of drama replaced social conflict with idealized quests aimed at reordering the world. These were the very forces driving European nationalism at the time.

Wagner clearly broke from recognized traditions and produced an art that was not just different but in purely musical terms always rich with surprises. But was this what people expected from music? One famous ironic remark by a pragmatic 19th-century American sums up Wagner’s effect on the average person, even today. The humorist Bill Nye is credited with the remark, “Wagner’s music, I have been informed, is really much better than it sounds.”

Examining Wagner’s legacy across Western culture right up to modern times, Ross tends to give Wagner too much credit. Convinced that the composer was the agent who shaped the culture around him, he tends to neglect the evidence showing how the ambient culture shaped Wagner. At one point, he claims that in his opera, “Tristan und Isolde,” Wagner “set the course for an avant-garde art of dream logic, mental intoxication, formless form, limitless desire.” In other words, Ross attributes to Wagner the creation of some of the most salient features of the modern world.
Continue Reading At "Fair Observer"

LaptrinhX
—
Richard Wagner and the Twilight of Western Civilization
Share this