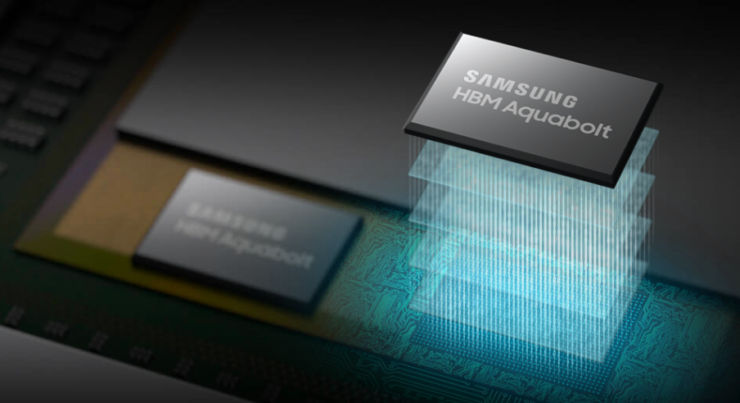 Samsung has been at the helm of HBM2 memory advancement, delivering the fastest solutions to date. With the recent use of HBM2 memory in high-performance solutions such as graphics cards, the adoption of HBM2 is becoming fast but it looks like HBM2 manufacturers won’t be able to catch up with the demand for quite some time.

During the International Supercomputing Conference (ISC 2018), Samsung’s DRAM division which is in-charge of HBM2 production and all related DRAM products, mentioned that they deliver some of the fastest solutions to their customers in the form of HBM2. The Samsung developed HBM2 which is known as Aquabolt is the fastest spec’d memory solution to date with a capacity of 8GB per stack and up to 307 GB/s of bandwidth per stack.

“With our production of the first 2.4Gbps 8GB HBM2, we are further strengthening our technology leadership and market competitiveness,” said Jaesoo Han, executive vice president, Memory Sales & Marketing team at Samsung Electronics. “We will continue to reinforce our command of the DRAM market by assuring a stable supply of HBM2 worldwide, in accordance with the timing of anticipated next-generation system launches by our customers.”

With Aquabolt, professional cards such as the NVIDIA Tesla and AMD Radeon Instinct that utilize 4 DRAM stacks can pack up to 32 GB of VRAM and 1.2 TB/s bandwidth. All of this delivers 50% more performance per watt compared to the previous generation HBM2 designs while requiring just 1.2V of power. 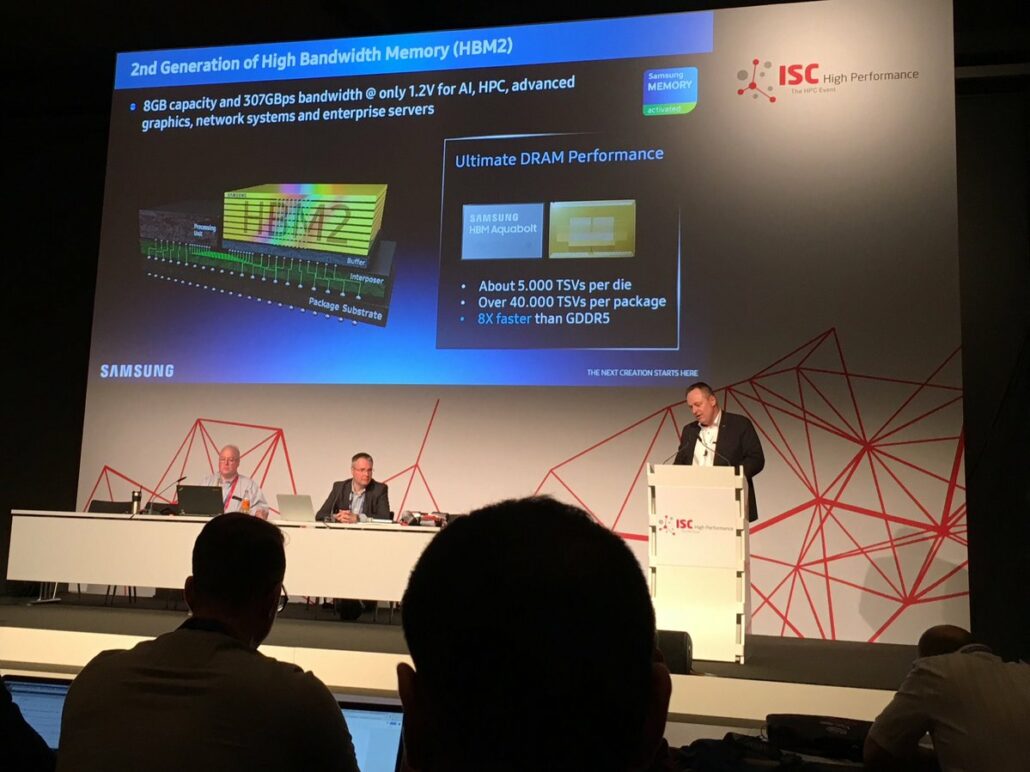 However, Samsung has supply constraints as they also mentioned that they will not be able to meet demand even after doubling their production capacity. This is all due to the high demand for HBM2 based memory solutions that are geared towards AI, HPC, Advanced Graphics solutions, Network Systems and Enterprise servers. And this is just the beginning, as future HPC products come out, we can see more stress on the supply and higher prices for HBM2 solutions unless the manufacturers get production capacity right.

Samsung could manufacture 2x the HBM2 and it would still not be enough to satisfy market demand. No wonder it’s so expensive! #ISC18 pic.twitter.com/QoF4EtMasW

Now, this is an issue for professional and high-end graphics cards such as AMD Vega and NVIDIA Volta lineup which currently only uses HBM2 memory but DRAM makers, including Samsung are working on the next best thing for consumer grade graphics cards known as GDDR6. We recently reported that Micron has started mass production and Samsung is already been mass producing them since previous quarter so regular consumers may not worry about prices being as atrocious as HBM2 based products since supply won’t be as much constrained and multiple vendors would be offering GDDR6 solutions to customers like NVIDIA and AMD.

Is GDDR6 a good alternative to HBM2 for consumer graphics cards?
Poll Options are limited because JavaScript is disabled in your browser.

The post Samsung Can Double Their HBM2 Manufacturing Capacity But Supply Issues Would Still Persist as Demand Exceeds Production by Hassan Mujtaba appeared first on Wccftech.