The tablet segment saw exponential growth at some point, but it’s safe to say that’s not the case now. Apple remains a strong player, with Samsung’s Tab-series lineup giving is competition on the Android side. Samsung has announced the latest in its range of affordable tablets, in the form of the Samsung Galaxy Tab A7, which starts at Rs 17,999. Whether it can outmatch the iPad is a question that only our full review can answer. For now, here is my quick unboxing and first impressions of the Samsung Galaxy Tab A7. 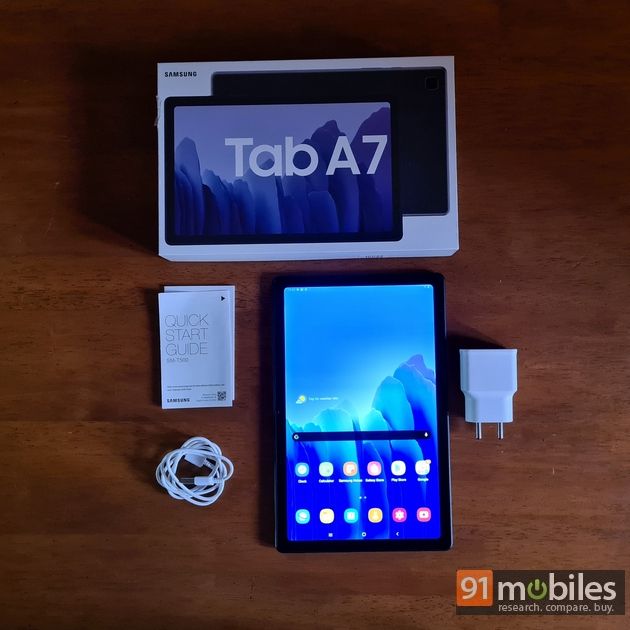 Inside the box of the Samsung Galaxy Tab A7 is the humungous tablet itself, below which are two compartments with one containing the standard paperwork, including a startup guide, while the other packs a charging adapter and a USB A to USB C cable. Apart from that, nothing else is present in the box. 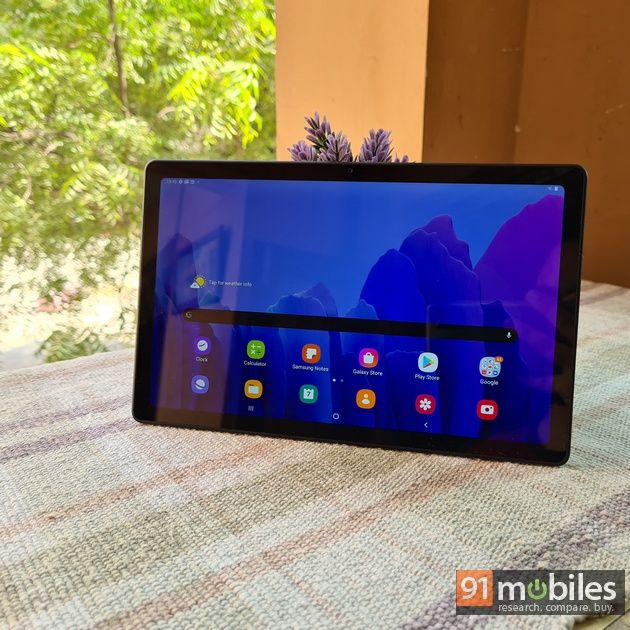 The highlight feature of the Samsung Galaxy Tab A7 is its 10.4-inch WUXGA+ display with a 2,000 x 1,200 resolution and a quad-speaker setup which supports Dolby Atmos. With thin and equal bezels on all sides of the device, the Tab A7 is devoid of any physical button on the front, and the selfie shooter is located in the centre of the top bezel. I have been given the grey colour variant for review, although you can pre-order the Silver and Gold colour variants as well. The tablet is slightly hefty owing to the huge display and it weighs around half a kg (476g to be more precise). Another factor which contributes to the bulkiness is the all-metal design, although, during my initial usage, I did not face any problems holding the tablet upright for a considerable amount of time. The thickness of the device stands at 7mm, which puts it in the thin category of tablets. On the back of the device is an 8MP single-camera with no flash module. The bottom of the Tab A7 houses a Type-C port and 3.5mm headphone jack. 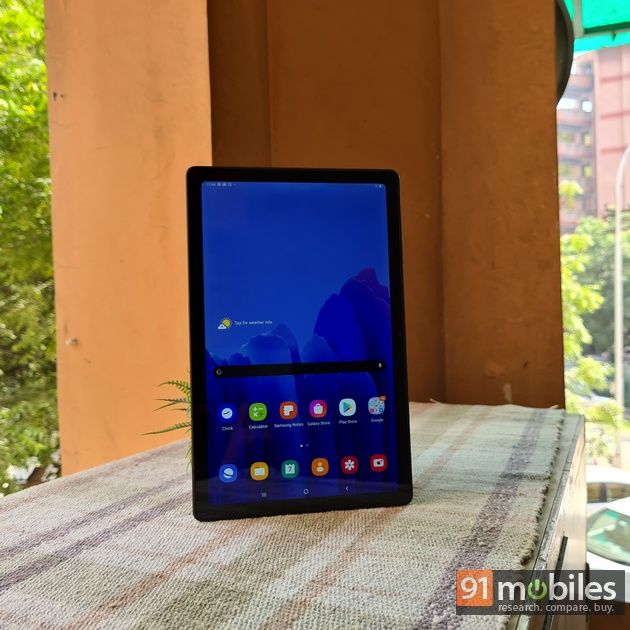 Performance is taken care of by the mid-range Qualcomm Snapdragon 662 SoC. The only variant available right now happens to be with 32GB of internal storage and there is no option to expand it. There is 3GB of RAM available out of which you can play around with approximately 1.6GB. General performance during my initial inspection seemed fine, but we’ll have more on that later in our full review. As for software, the Tab A7 runs on One UI 2.5 which is based on Android 10. It packs in the extra customisations for a more tablet-like experience such as having tabs on the top when you open Chrome and more. On the battery front, Samsung has packed a 7,040mAh cell inside the Tab A7 and it is supported by a 15W charging solution. 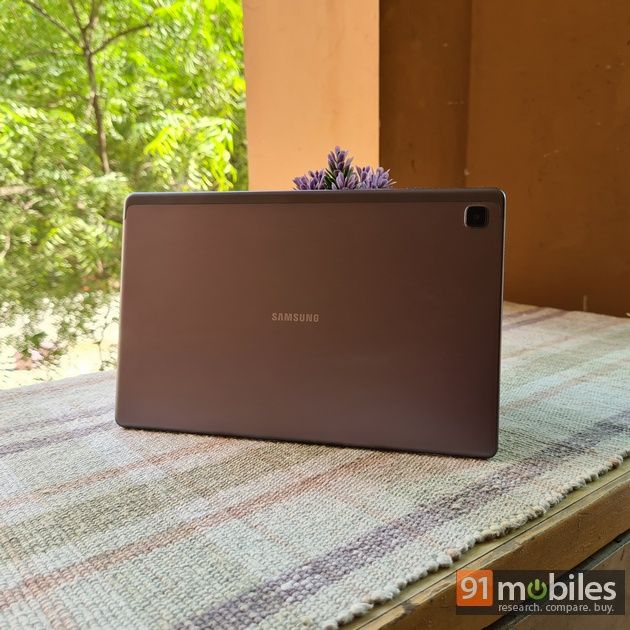 The Samsung Galaxy Tab A7 is banking on its huge, high-res display and a powerful speaker system to woo customers. I will have more to say during my full review of the device so do stay tuned for that.