Samsung Unpacked 2020 event had lots of energy and hardware announcements. In an era where it is very difficult to differentiate, Samsung did an admirable job, unveiling four smartphones and updated Galaxy Buds. It was the first Unpacked event for President & Head of Mobile Communications Business, TM Roh.

Here are the key announcements from the event:

The event was kicked-off by the elegant Z Flip. It is a radical change from the Galaxy Fold which closed in a ‘book’ format. The Z Flip is a clam-shell foldable. The device is compact, symmetrical, and the first square smartphone since the Nokia 7705 Twist. The device uses ultra-thin glass that folds, according to Samsung, over 200,000 times without stress lines. The clamshell and design are a superior form factor than last year’s ‘book’ fold and Samsung did a much better job protecting the display as it is more recessed. The hideaway hinge is a unique implementation that allows the display angle to be less severe.

The Z Flip has some useful multi-tasking capabilities. Users will get YouTube premium included–a nice enticement. This is not yet a high-volume device. It is $1,380 and it is not 5G-capable. However, each iteration is seeing massive improvements, and this form factor is the future. 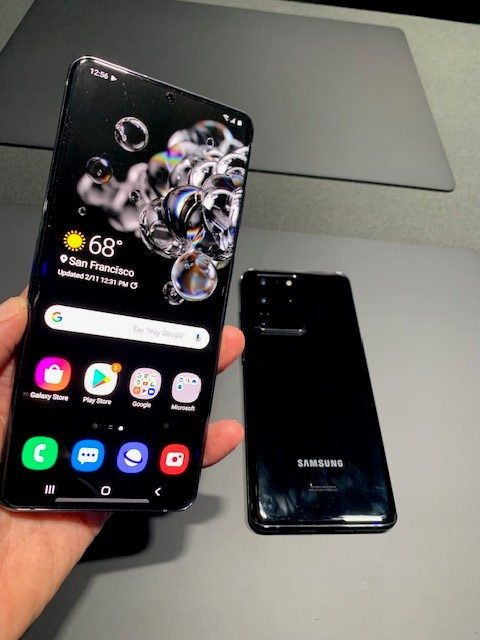 The first Galaxy S launched in 2010—a full decade of Galaxy devices have ensued. The S20 is a sizable upgrade for the new decade. Samsung unveiled three smartphones focusing on camera technology, AI, and 5G.

Camera capabilities are the sexy headlines. First, the device can shoot, share, and view 8k video. It is also possible to crop a single frame from a video. The megapixel wars are back! The Ultra sports a 12MP, 48MP, and a 108MP (ultra-wide angle, telephoto, wide angle). Under the branding name, “space zoom”, the camera configuration can magnify up to 100x. Yes, after 50x it becomes pixelated, but what a feat within the thinness of a phone to have binocular-like zoom.

Not as sexy, but the best utility is ‘single take’. The camera takes multiple shots, chooses the best filters, and the shooter can confirm it is their favorite. The automation is key.

Galaxy Buds+ were unveiled starting at $149.The improvements include an additional mic for improved ambient sounds—there are now three mics. The update Buds are 30% smaller. Samsung believes version two will be more comfortable and fit in the ear better. Need the Buds+ for a run but battery is dead? Rapid charge 1.5 minutes for over two hours of use. Overall battery life improved two-fold. 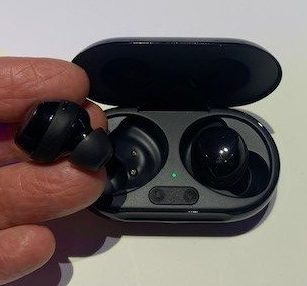 More details after we test the devices further. For volume expectations, see here.