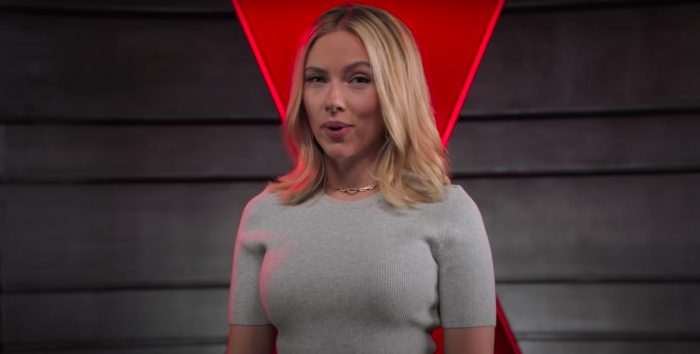 How much do you know Natasha Romanoff? That’s what Black Widow star Scarlett Johansson asks in a new featurette released by Marvel in celebration of National Superhero Day, a real holiday that was definitely not invented recently.

What better way to celebrate National Superhero Day (a holiday you’ve definitely heard of before just now) than to learn more about Natasha Romanoff? Marvel Studios has released a new Black Widow featurette that looks back at the life of the titular Russian spy-turned-Avenger. Scarlett Johansson, who reprises her role as Natasha/Black Widow in her long-awaited Marvel solo film, assures fans that “it’s time for her story” before launching into a quick recap of Natasha’s blood-stained but illustrious career.

From her beginnings as a KGB spy and a SHIELD agent, to a renowned member of the Avengers, Natasha has had a grand life onscreen that tragically ended in Avengers: Endgame. Her long-delayed solo film (which arguably comes five years too late) will explore her time between the events of Captain America: Civil War and Avengers: Infinity War as she attempts to wipe out the “red in her ledger.”

The featurette is filled with footage we’ve already seen, from Natasha’s appearances in Iron Man 2, Avengers, Captain America: Civil War, Avengers: Infinity War, and more. It shows a glimpse of footage from Black Widow, but nothing we haven’t already seen in the dozens of trailers and TV spots that were released before the film was delayed multiple times due to the coronavirus (COVID-19) pandemic.

In Black Widow, “Natasha Romanoff aka Black Widow confronts the darker parts of her ledger when a dangerous conspiracy with ties to her past arises. Pursued by a force that will stop at nothing to bring her down, Natasha must deal with her history as a spy and the broken relationships left in her wake long before she became an Avenger.”

Johansson leads the cast which includes Florence Pugh as Yelena, David Harbour as Alexei/The Red Guardian, and Rachel Weisz as Melina. Cate Shortland directs the film which will mark the beginning of Phase Four of the Marvel Cinematic Universe, though it comes long after it was supposed to initially hit theaters in May 2020, when it was supposed to lead into the Disney+ shows The Falcon and the Winter Soldier and WandaVision.

Black Widow will debut simultaneously in theaters and on Disney+ with Premier Access in most Disney+ markets on July 9, 2021.