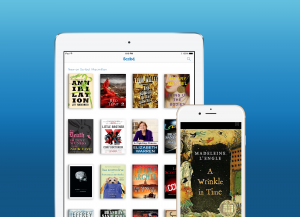 Earlier year, Macmillan gave Scribd about a thousand titles as a trial run. Looks like they were happy with the results because now they’ve given them another thousand.

In case you don’t keep tabs on such things, Tor is one of Macmillan’s imprints, so fantasy and science fiction readers can rejoice now. I checked with my contact at Scribd, and she confirmed books by Robert Jordan (really, the entire Wheel of Time?–fingers crossed!), Brandon Sanderson, Gene Wolfe and Scott Westerfeld. (I’d never heard of Scott Westerfeld, but it looks like he writes books I’d like, so guess what I’ll be browsing for later today?)

It’s an exciting announcement, but with many people still stinging over last week’s announcement of pulling most romance titles from Scribd, I’m sure many will say, “Ho hum, what does it matter? Scribd is dead anyway.) It’s a fair reaction, but I still think it’s an important announcement because it does demonstrate that a major publisher still has enough confidence in the business model to add more books. Admittedly, some might say that is damning with faint praise…

I got called overly optimistic last week in the comments to my Scribd article, and I didn’t disagree. I do have a tendency to see the good in people, especially those I like, and I want Scribd to continue. I’m expecting their business model is going to have to change, as in something along the lines of $8.99 a month gets less than “all you can read,” (maybe like 5 books or something like that?) but even that would be of benefit to readers, especially as long as the Big 5 continue to avoid Kindle Unlimited, which I think is going to be true for at least a couple of more years.

Until everyone’s business model shakes out, I plan to enjoy my Scribd subscription, and I think you should too. Unless you are a romance reader. I can’t argue with your decision to unsubscribe. Fantasy readers do have cause to celebrate today, and, hey, look at it this way. Fantasy writers tend to write doorstop novels. Maybe we fantasy readers can’t read enough to break the service. (Tongue firmly in cheek, just in case it wasn’t clear.)

Update: After I finished and scheduled this article, I received an email from Oyster announcing they were getting the same titles from Macmillan. So good news for both subscription services!