George R.R. Martin has announced the casting of a key character for House of the Dragon, the Game of Thrones prequel series due to start shooting imminently in the UK. 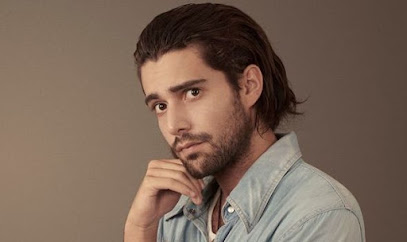 Ser Criston Cole is an honoured knight and a member of King Viserys Targaryen's Kingsguard. He is noted as a stalwart warrior who has a key decision to make in the rivalry between Princess Rhaenyra and Alicent Hightower.
In House of the Dragon he is played by Fabien Frankel. A relatively inexperienced actor, Frankel has so far played Theo Sipowicz (the son of Dennis Franz's character) in the recent NYPD Blue reunion pilot which did not proceed to series, but had a larger role as Dominique Renelleau in The Serpent. He also appeared in the 2019 film Last Christmas, opposite Game of Thrones star Emilia Clarke.
Announced castmembers for House of the Dragon include Paddy Considine as King Viserys I Targaryen, Olivia Cooke as Alicent Hightower, Emma D'Arcy as Princess Rhaenyra Targaryen, Matt Smith as Prince Daemon Targaryen, Steven Toussaint as Lord Corlys Velaryon, Rhys Ifans as Lord Otto Hightower, Sonoya Mizuno as Mysaria and Eve Best as Princess Rhaenys Velaryon.
The series, which begins about 190 years before the events of Game of Thrones, charts the reign of King Viserys, an amiable and respected king, in the tumultuous days after the death of his wife. He names his daughter his heir, but this causes dramatic problems when he remarries later on, setting the scene for the bloodiest civil war in the history of the Seven Kingdoms, the Dance of Dragons.
thewertzone a game of thrones (tv series) george r.r. martin house of the dragon
Latest Posts