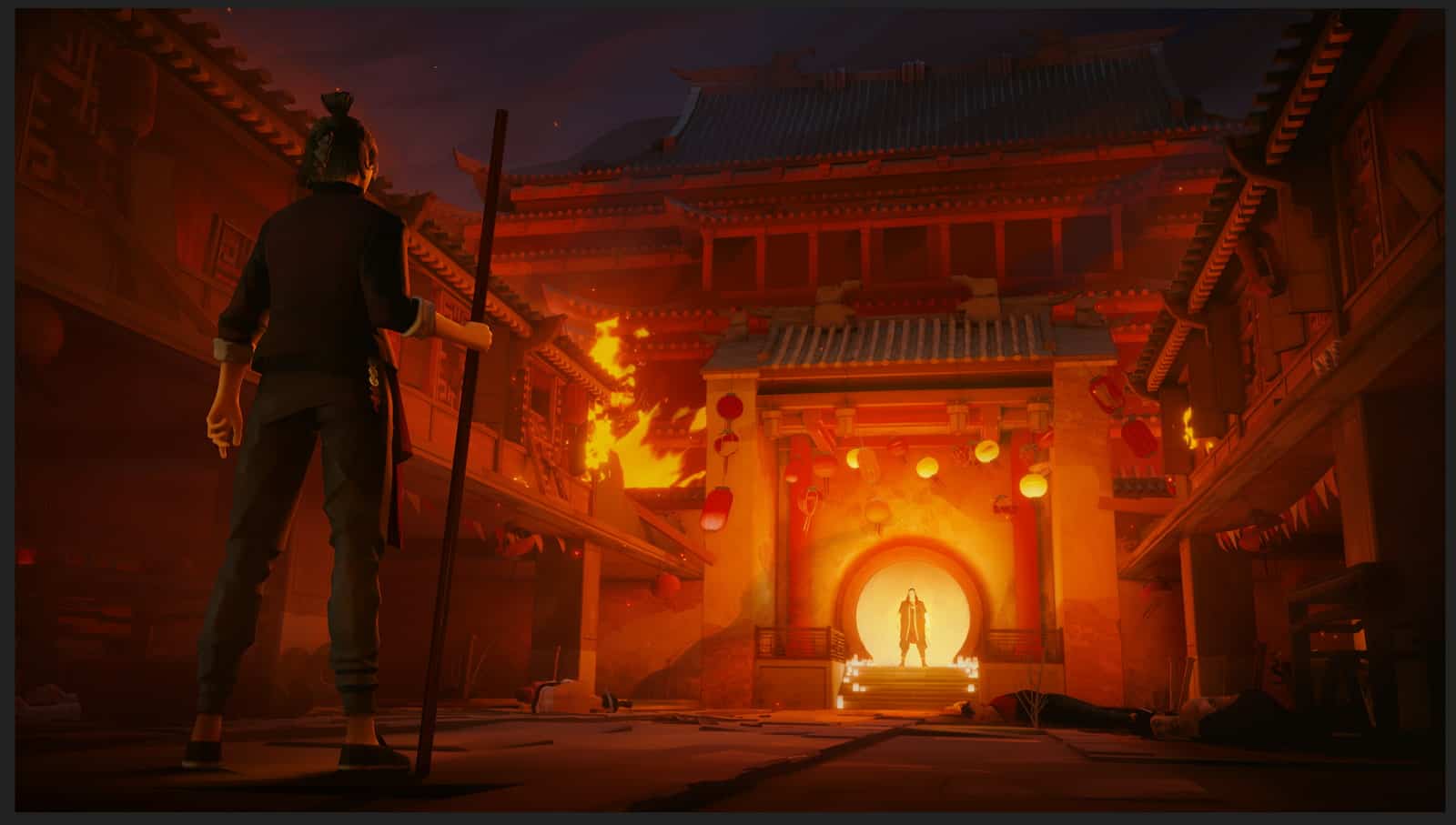 Earlier this morning Nintendo held its latest Nintendo Direct livestream event, revealing that SIFU is coming to the Switch console later this year. If you’ve not experienced the challenging and rewarding gameplay of SIFU yet, it’s best summarized as all of your favorite Kung Fu revenge movies rolled into a game.

SIFU was met with critical acclaim upon launch due to its well-thought-out combat and tough as nails gameplay. And its enriched story of a young Kung Fu student seeking revenge for the death of their family after years of training fit so well into the world that was built. In general, the game was just, fun. If you grew up watching Kung Fu films, it was even better. Because it felt like you were living out the lives of the protagonists in all those films.

Even if you have played it, SIFU coming to Nintendo Switch means you now have a way to play it on the go. And since SIFU for PC is exclusive to the Epic Games Store, that means no “official” Steam Deck support. So this is the first time the game can properly go portable.

SIFU lands on the Nintendo Switch on November 8

Whether you’ve played it or not, you can own the game on Switch this November. Specifically on November 8. SIFU will be offered both digitally and in physical form when it launches for the console. Digital pre-orders can be placed today from the eShop for $39.99. There will also be two physical editions of the game. The Vengeance Edition and the Redemption Edition.

The game’s developer Sloclap says the Redemption Edition is already available for pre-order as well from certain retailers. But it doesn’t look like it’s available yet from the usual suspects. Which tends to be Amazon, GameStop, and Best Buy. There’s also no mention of price for either physical edition. Though neither one is going to be as cheap as the standard digital copy.

Basically, the Redemption Edition is your collector’s edition with the coolest stuff. 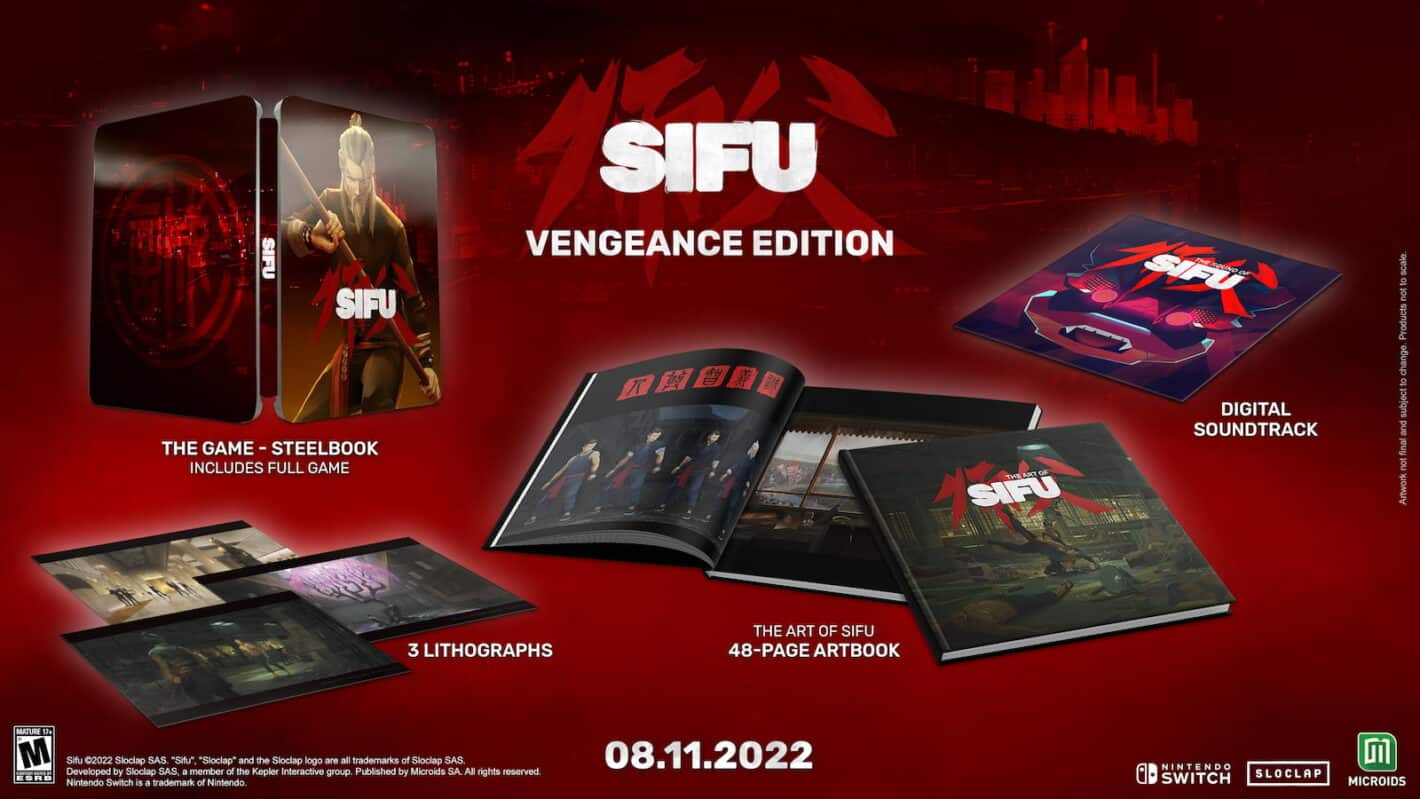 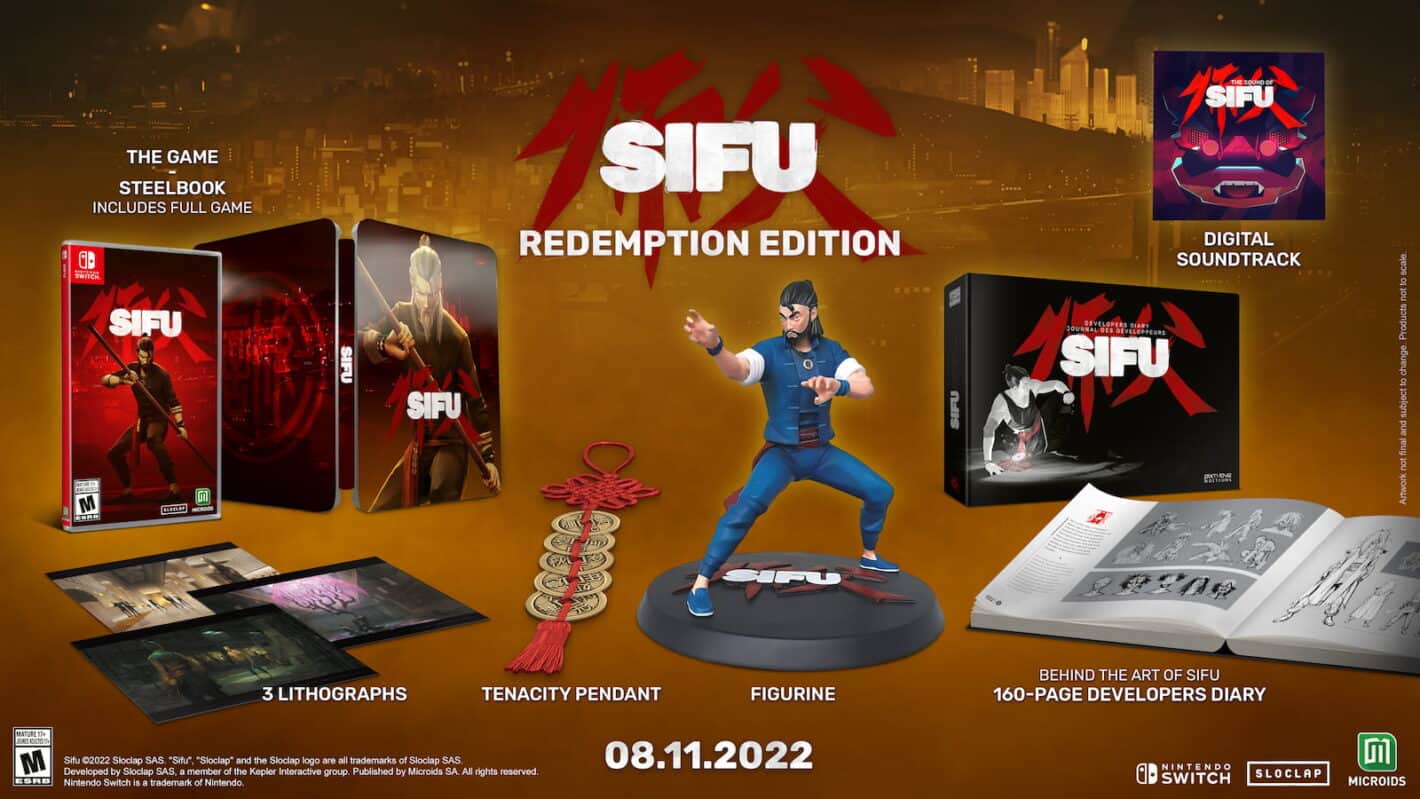 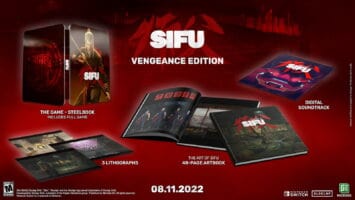 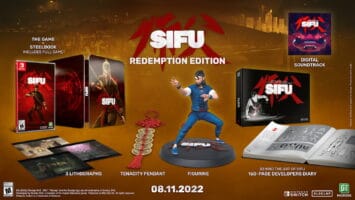 The post SIFU Is Bringing Its Kung Fu Movie Beat 'Em Up Action To Switch appeared first on Android Headlines.