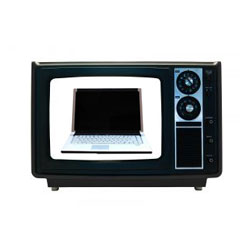 In what is clearly a sign of the changing media landscape, Nielsen — the company that measures television audience numbers — has released their first ever public web TV ratings. ABC television programs dominates the rankings with 7 out of the top 10 shows, including the number one television program online, Lost. The list, which covers the month of December 2008, has Lost raking in 1.4 million unique viewers on ABC.com.

Unfortunately, Nielsen’s list only includes the networks’ official sites, and not third-party sites like NBC and Fox’s Hulu.com, or CBS-owned TV.com. The rankings also only include the major networks, meaning cable TV programs such as Comedy Central’s The Daily Show or Cartoon Network’s Adult Swim programs, which are popular online, have not been counted.

In December, Hulu had 216 million video streams, according to Nielsen (240 million according to comScore) — and NBC has actually begun to promote Hulu rather than NBC.com on their network in primetime, which means it is the destination it would apparently rather have viewers consume its web content. Hulu was not included, according to Nielsen, because it doesn’t currently report views at the program level. Not including third party sites means that Nielsen’s rankings paint a very incomplete picture of the online television landscape. But that Nielsen now feels the need to publish them at all is a sign of the times. NewTeeVee notes that web TV still has a long way to go to catch up to traditional broadcasts. For example, Grey’s Anatomy had 879,000 viewers on ABC.com for the entire month of December, while one episode of that show on December 11 attracted more than 6 million television viewers. Still, a new study from Knowledge Networks out today finds that 1 in 5 web users between the ages of 13 and 54 are now streaming entire television programs online — that’s up from 1 in 10 in 2006.

Knowledge Networks found that usage of third party sites like Hulu among those who stream video online doubled since last year. According to the study, the main reason people are viewing full-length TV content online is to catch up on missed episodes of shows they are already fans of, though 18% of web TV watchers apparently view television programs online because they are “trying out a new program.”

TV on the web is clearly still a long way from replacing TV on the TV, and Knowledge Networks’ findings that most people are using TV on the web as a catch up service actually jives with what we already know about how people interact with television. We reported in August that television executives who deal with web streaming content have noticed that most people generally watch programming on the largest screen available. Or in other words, very few people will watch a program on their laptop when it is available on their television and hardly anyone watches TV solely online.

“The Internet hardly cannibalizes; it actually fuels interest,” NBC’s President of Research Alan Wurtzel said in August. And that’s what Knowledge Networks found as well. According to their study, 86% of streamers described themselves as “more engaged” with programming that was available online as well as on television.

“Among streamers, there is no shortage of demand for TV network content, and online availability of full episodes increases their appetite for both online and traditional viewing of programs,” said David Tice, Vice President of Client Service at Knowledge Networks. “This kind of access and control has become something streamers demand, and networks and sponsors both reap benefits from the added engagement that full-program streaming creates.”