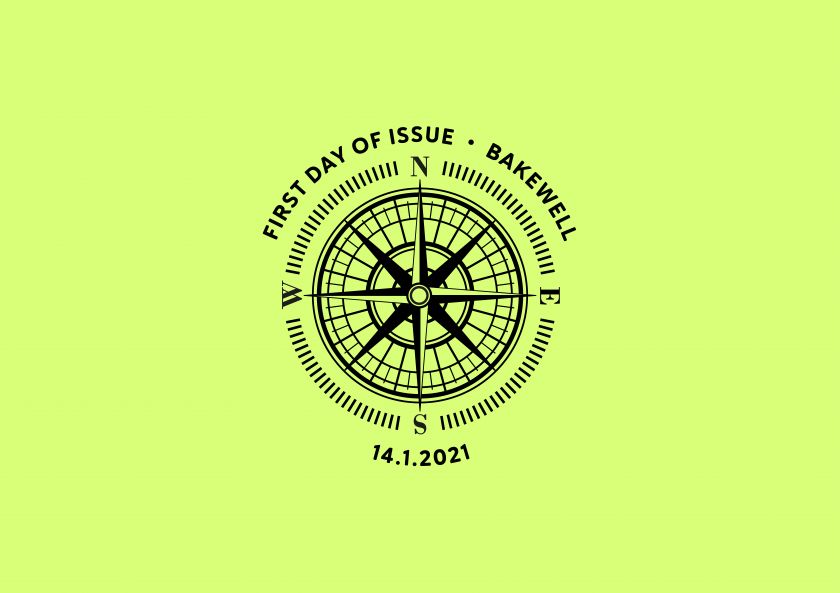 Colchester-based branding agency Silk Pearce has collaborated with the Royal Mail on a series of designs to commemorate the 70th anniversary of the founding of the UK's National Parks.

Silk Pearce designed a stamp presentation pack and worked with Royal Mail to develop a range of collectables and gifts to mark the anniversary, in which National Parks formed part of the same post-war rebuilding effort as the NHS, and as the outcome of decades of public effort to open up the countryside. The 15 UK National Parks cover environments including sea cliffs, chalk hills, mountains and marshy wetlands. 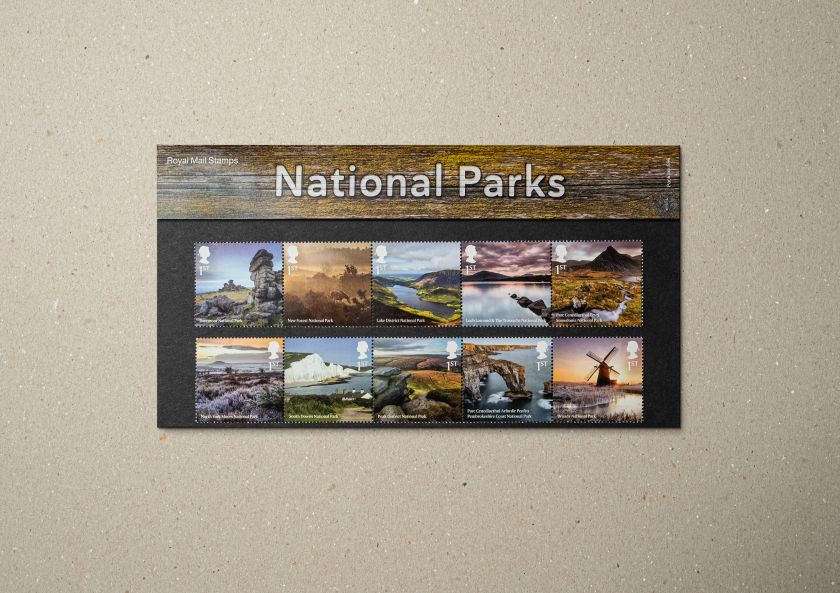 The UK's first four National Parks – the Peak District, the Lake District, Dartmoor and Snowdonia—are the focus in this project, which looks to honour "these breathtaking locations," as Silk Pearce puts it, through a Royal Mail Presentation Pack, First Day Cover, Filler Card and hand stamps for its latest stamp issue.

The designs are inspired by traditional activities such as hiking, cycling, rambling and climbing. The team looked to "evoke a sense of adventure" by incorporating treated and modified typography and wood textures to mimic the footpath signage found across the parks. Each stamp stands out against a background of textured graphics. 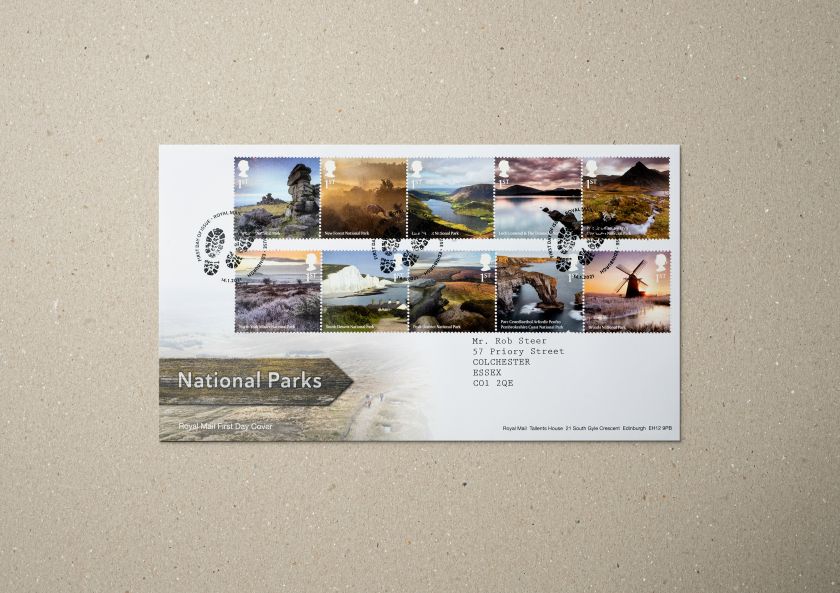 "We wanted to develop a presentation pack that would highlight the contrasting landscapes of each of the National Parks depicted in the stamps," says Silk Pearce creative partner Rob Steer. "The imagery of the footpath and idea of movement created a natural link but one that wouldn’t detract from the beauty of each location.

"While we initially wanted to physically create the signage, lockdown meant we had to explore other digital routes to bring our creative idea to life. The graphics that we developed used a number of wood textures and fonts that were digitally manipulated and modified, resulting in visuals that are reminiscent of footpath signs and that everyone in the UK will recognise and emotionally connect with."

Silk Pearce has worked with Royal Mail for 25 years, working on a range of design projects including stamps, Presentation Packs and Year Books, as well as a photographic project archiving the Royal Mail pillar boxes. 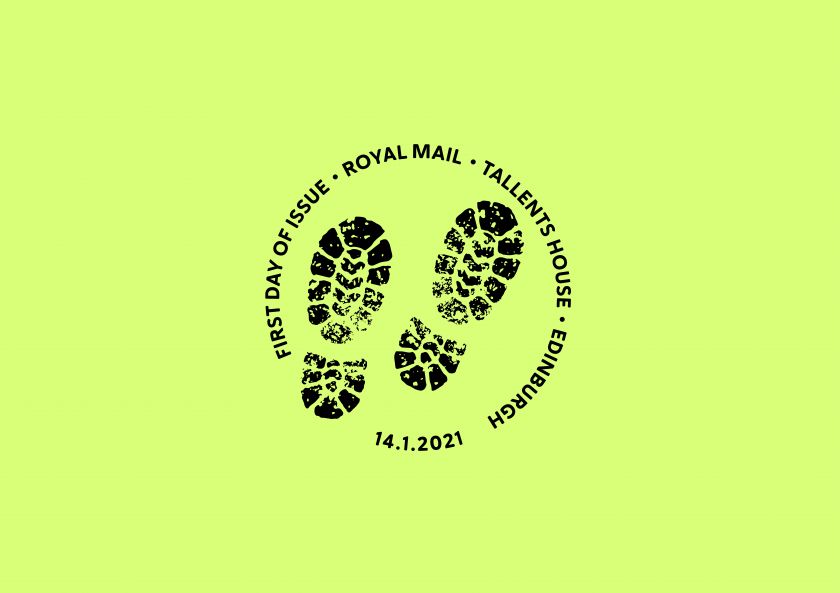 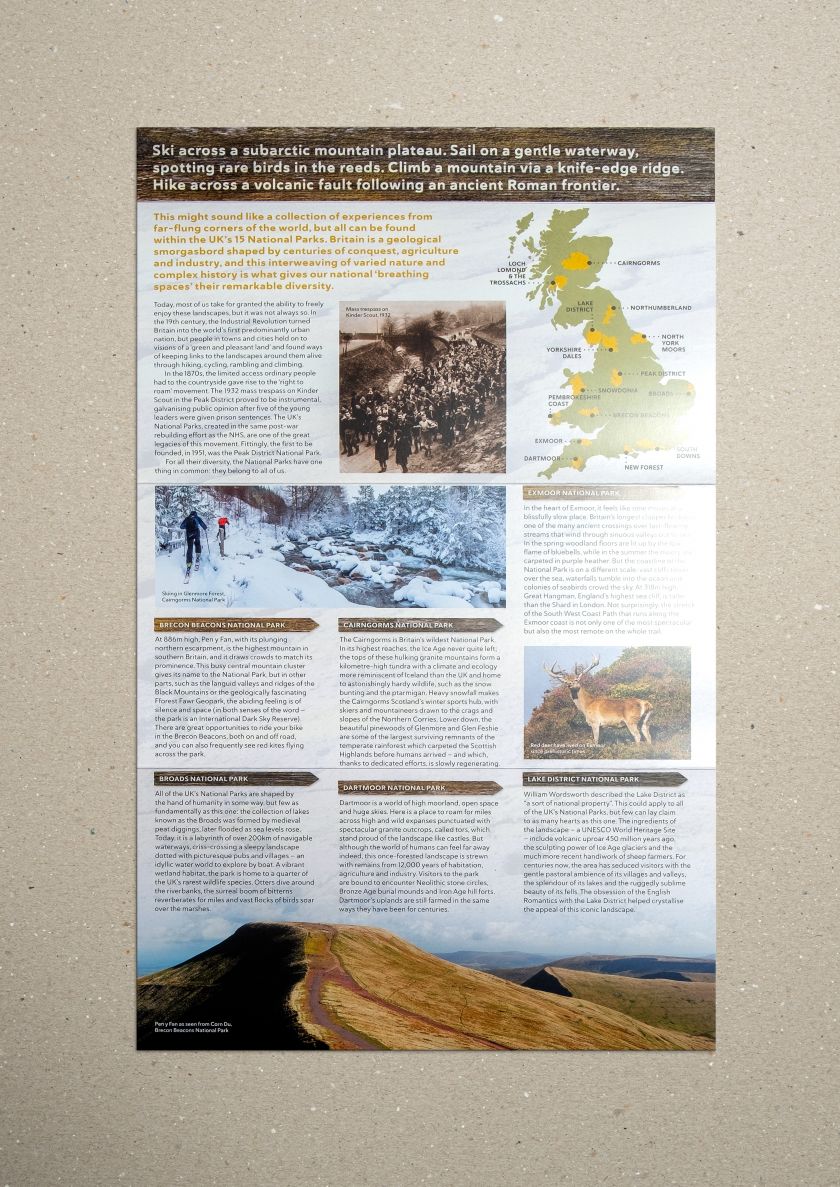