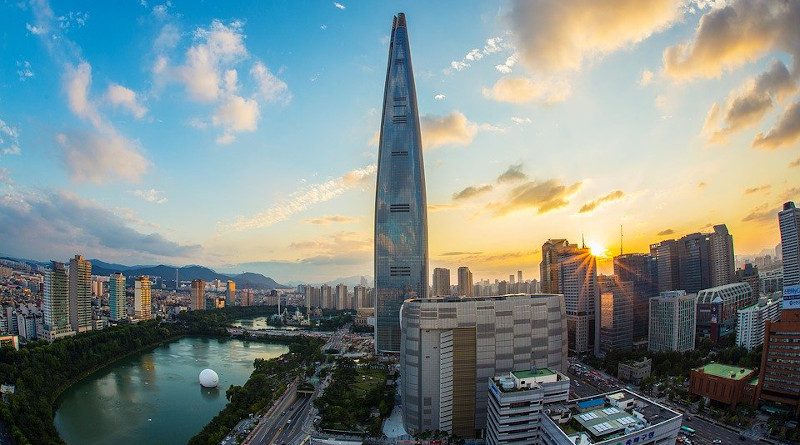 Russia is reengaging with the Korean Peninsula after its normally active diplomacy in the area came to a screeching halt in 2020, and South Korea is the primary object of attention amid North Korea’s self-imposed isolation. But as Russia–US tensions continue, South Korea faces difficult choices between competing strategies to deal with North Korea.

Russia’s policies toward the Korean security crisis are increasingly aligning with those of China, but its relations with Seoul still deserve their own consideration. Russia’s relations with South Korea may not be as strong as Beijing’s, but then Russia doesn’t face nearly the same degree of mistrust. When it comes to North Korea, South Korea will likely find itself having to navigate between a pressure-based policy from Washington and a more dialogue-oriented approach from Moscow. At the heart of the divergence in these two methods will be the role of sanctions.

The fact that Russia’s outreach comes amid relentless hand-wringing over South Korea’s position between China and the United States is raising concerns that Moscow’s pursuit of its interests on the Korean Peninsula could place extra stress on Seoul’s already-tenuous diplomatic position. But compared with China–US tensions, the chill in ties between Russia and the United States poses a significantly lesser challenge to South Korea. South Korea enjoys greater leverage in Russia than in China — as evidenced by Moscow’s comparatively mild behaviour during the THAAD crisis — and the United States also considers Russia to be a less formidable player in the Indo-Pacific.

Following Lavrov’s visit, the Russian and South Korean vice defence ministers also met in Seoul, where they inked an agreement on bilateral defence cooperation and resolved to collaborate on denuclearising the Korean Peninsula.

The recent focus on security balances out the heavy slant toward economics in the Russia–South Korea relationship, which has recently been driven by a confluence of Russia’s ‘turn to the East’ and South Korea’s New Northern Policy. Indeed, a focus on security is appropriate given that this series of high-level meetings roughly coincided with North Korea’s most recent missile tests. The Kremlin downplayed the threat posed by those tests and stated that additional sanctions on North Korea would be counterproductive, despite some concerns that technological flaws in North Korean projectiles could cause them to land in Russian territory.

Opposition to sanctions has been a staple of Russian diplomacy toward the Korean Peninsula since 2017, when the United Nations applied punitive economic measures on the North in response to a series of provocations. Citing a lack of a major weapons test since then, Moscow argues that punitive economic measures are no longer effective in pursuit of North Korean denuclearisation. In Russia’s current view, sanctions exacerbate the poor humanitarian situation in North Korea and deprive it of opportunities to advance its economic interests across the Korean Peninsula, while also contributing to the lack of trust between North Korea and the United States.

Throughout 2020, Russia consistently doubled-down on its calls for lifting sanctions against North Korea, blasting the United States’ ‘maximum pressure’ campaign as ineffective . Moscow’s push for sanctions relief no doubt stems in part from the fact that it perceives the United States to be deliberately undermining its interests on the Korean Peninsula.

Given that Russia has a strong interest in pursuing collaborative economic projects involving both North and South Korea, particularly under South Korea’s New Northern Policy, the biggest challenge Seoul faces regarding Russia–US tensions will be responding to Russian diplomatic overtures that involve projects and initiatives that run counter to the current sanctions regime.

Senior Russian officials, for their part, express doubt that the United States would be favourable toward South Korea engaging in trilateral cooperation with North Korea and Russia. As South Korea gears up for presidential elections in 2022, it remains to be seen whether Moon Jae-in’s successor will maintain the New Northern Policy, launch a new analogous project, or abandon prospects of such trilateral cooperation altogether.

If Seoul maintains that Russia can play a helpful role in the Korean peace process through economic collaboration, then Russia’s opposition to sanctions — and the United States’ insistence on maintaining them — will elevate tensions within South Korea’s own foreign policy decision-making. This may not be nearly as pressing an issue as Seoul’s increasingly untenable ‘strategic ambiguity’ between China and the United States, but it is an issue that South Korea will likely be forced to contend with.

*About the author: Anthony V Rinna is a senior editor and specialist on Russian foreign policy in East Asia for the Sino-NK research group.

Source: This article was published by East Asia Forum